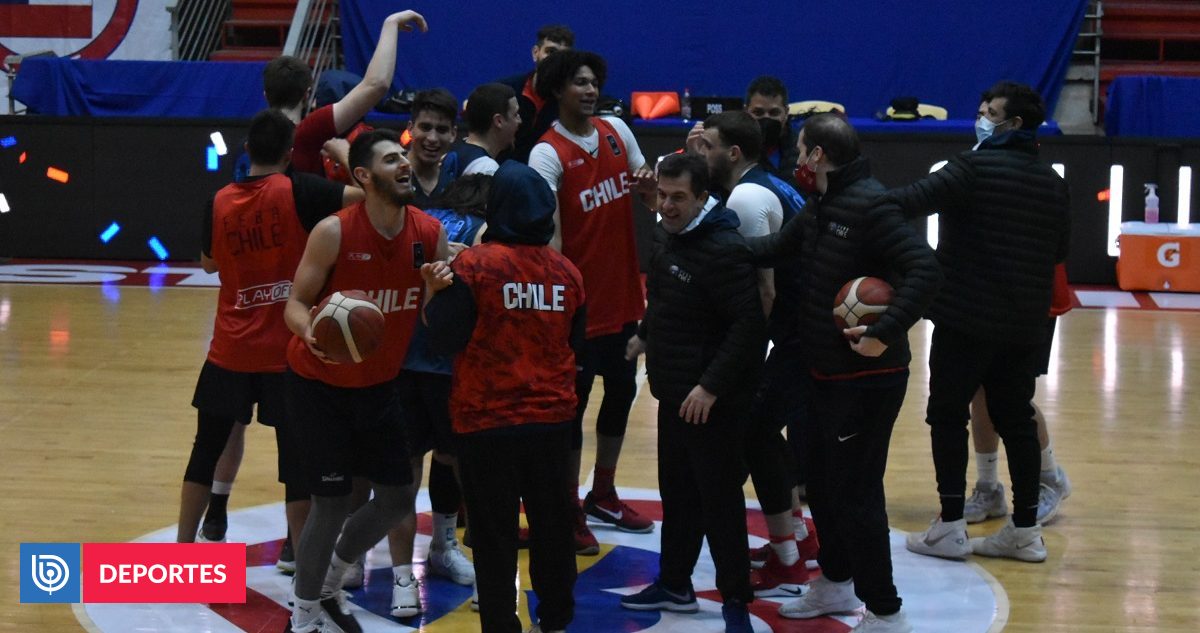 This Tuesday, July 13, the FIBA Americas Pre-Qualifier for the 2023 Basketball World Cup; home run that will be played by the Chilean Basketball Team and which will be broadcast by TNT Sports.

The teams of Nicaragua and Paraguay will be in charge of opening the fires of the tournament, as a prelude to the debut of La Roja del Básquet, which will host its Bolivian counterpart at the Olympic Training Center.

The Chilean team coach, Cristian Santander, has already released the roster of the team that will seek the world dream. In it, the names of figures such as Nicolás Carvacho, Ignacio Arroyo, Felipe Haase and other stars of the team stand out, who want to be respected at home and achieve the classification to the next instance heading to the FIBA ​​World Cup 2023.

Wednesday’s day will bring new emotions with two other matches: first, Bolivia will face Nicaragua; and later, it will be the turn of Chile, which will face Paraguay. The Guarani, bring in their delegation one of their figures as Adolfo ‘Toto’ López, center with gold medal at the 2018 Odesur.

For the closing day, Paraguay and Bolivia will face each other in the first instance. Chile will face the Central American squad of Nicaragua, which has the attacker Norchad Omier, one of the jewels of Nicaraguan basketball. At 2.01 meters tall and 104 kilos, the Arkansas Red Wolves player is called to be one of the figures of the tournament.

This Tuesday, we will have two unmissable matches on all our screens 📱💻📺 All duels will be played at the Olympic Training Center and four countries go for the World Cup dream 🏆🥇#BASKETxTNTSPORTS pic.twitter.com/oU72zhlGUL

“We have high expectations”

One that beat Chile’s debut in the Pre-Qualifier was Charles Lauler, a player from the University of Concepción, who commented to BioBioChile how the team has lived the preview of this important tournament.

“We are eager to start playing. We have worked fifteen days and we will try to capture everything that has been done in these days and win all three games ”, indicated the selected team.

“The squad is good, you can see the quality in the group and the experience of several abroad. It is the first time that we will all play together and we hope to be able to capture that and have chemistry from the first game, “added Lauler.

Then, regarding the team’s aspirations, the player indicated that “The first thing is to win today. This group has high expectations and we hope to advance to the next group, where the best are already ”.

“In a personal way I want to add, experience, intensity. Each one will contribute from their role in the team, which may be different from what we do in our casts, but today the Selection is more important than what each one can do ”, Lauler concluded.

It is worth mentioning that the details of each match will be analyzed in the TNT Sports Data Room, a space that will have the animation of the basketball specialist Constance Solar.

This is how the Basketball World Cup Pre-Qualifier will be played: