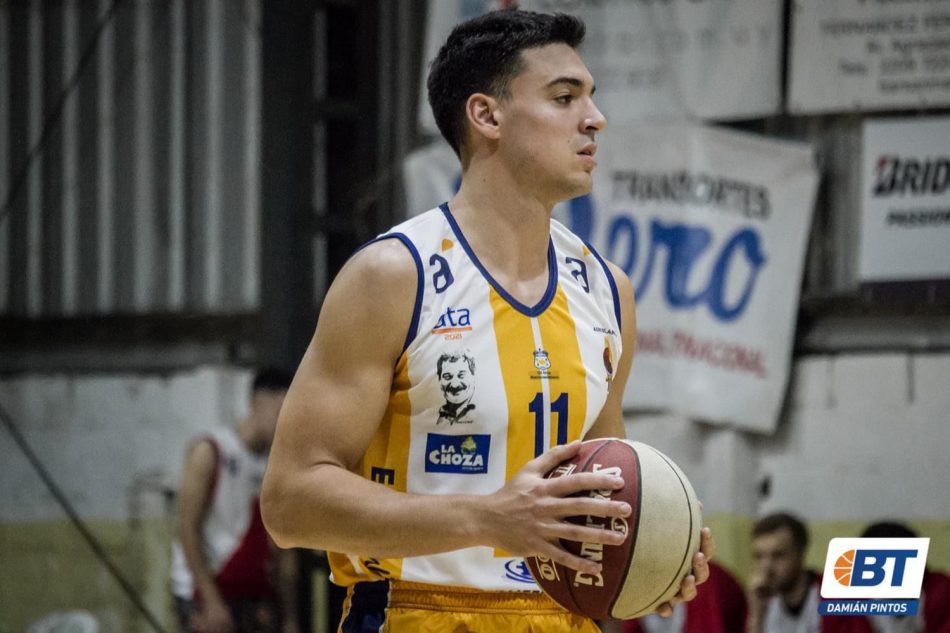 Auriblanco added his second victory in the DTA 2021 after beating San Telmo RS by 88-82. Iñaki Erroizarena, who was the figure coming from the bench, spoke with BT.

On the importance of this game, he commented: “For us this match was a final. We have four finals left. We know that if we win all four games we can make the Playoffs. We have to play these games as if they were finals”. In addition, on the key to achieving victory, he said: “I think we won because we played as a team. This was our best game of the season”.

Iñaki contributed 27 points coming from the bench. On his performance, he commented: “Possibly coming from some games in which I was not having many minutes or that was not being given to me. I played this game as a final. These are the games that I like to play”.

Erroizarena finished with 6/8 on triples. In the third quarter he had a hellish passage in which it seemed impossible for him to miss. “I am a player who always stays to shoot. I do not depend on the confidence that the DT or my teammates give me, I trust myself. As long as I have the shot I will take it, even if I have been missing 10 in a row. I always have confidence in myself”.

Although Auriblanco managed to open 26 difference when he averaged the third quarter, San Telmo RS adjusted and managed to get to 4 at the end of the match. On what the team lacked to close the game with greater calm, Iñaki said: “I think that in part San Telmo RS defended very well. There were also judgments and we went into madness. Although we had mistakes, I think it was their merit to close this game so well”.

On what is coming to Auriblanco, and the possibility of growing to get among the 8, he said: “Let’s go game by game. Tomorrow we will rest but already thinking about the next game. We are united and practicing very hard. We know that we have the chance and thank God it depends on us nothing else”.

“We have four finals left”