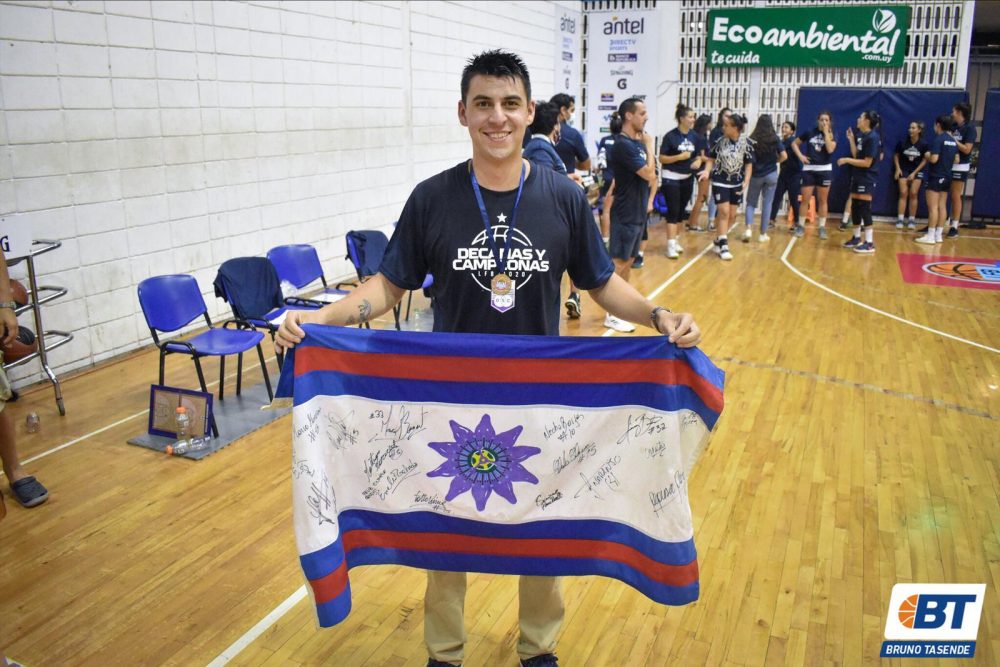 Continuing with the round of interviews prior to a new start of the Women’s Basketball League, it was the current champions’ turn. Básquet Total went to Jaime Zudañez and spoke with Gino Alderete, coach of Defensor Sporting.

How does the preparation come?

We are doing very well, in the reconstruction stage, it is known that there are spare parts in the squad and many girls from the formations are coming up. In addition to a reconstruction, it is a stage to get to know each other to perform in the best way. We are going through a stage where in friendlies we have suffered several injuries to important players, which makes that reconstruction even slower, because there are players who are key in the rotation and who we do not have at the moment.

Within the change of squad, Jessica Da Costa arrived. What do you gain with your incursion and what do you lose with the departure of Gianina Tiscornia and Sylvie Bouissa?

Not to mention that with the departure of “nina” (Tiscornia) and Sylvie we lost two sports and human leaders within the team. Speaking as basketball players, we are naming two players with a lot of intensity and a lot of goal, so we also lose a large part of the scoring. While with the arrival of Jessica (Da Costa) we gained rebellion and experience. In addition, with her arrival, we won a very good player in the outside shot, which is something we are aiming for a lot within our system.

Was Jessica thought of as a player to motivate and nurture younger girls?

Yes, totally. We are a young team, we were able to achieve the title being a young team but not to mention that the departure of Sylvie with her experience and the portfolio with which she plays, was very important in the team and especially with that role against the youngest. After losing all that, we went looking for a player who, in addition to her qualities as such, also had that plus for the girls and I think Jessica is the ideal.

Defender is going for a foreigner?

The last league Defensor debuted and lost to August 25, this year he will debut against his last rival Malvín. How much does the first game of the season weigh?

The league format changes again, although this time it is minimal. Do you think there is a continuity or not in the form of dispute?

We are in a moment of regularity, which seeks to have even matches between even teams. This makes the girls grow in basketball both collectively and individually. And above all, that the product of the Women’s League grows. Personally, I stick with last year’s format that divided the teams into two sectors, where we had an instance prior to the Gold Cup where we played three even and very good matches. It was a more competitive and attractive form of dispute with more even duels.

What generated you the news that Malvín professionalized the women’s team and do you think it is a way forward for the rest of the teams?

It made me very happy. Malvín has greatly marked the history of women’s basketball in Uruguay. They are the pioneers in everything that concerns the feminine and it does not surprise me that they are the first to professionalize it. It makes me very happy and I can only tell you, you have to copy, that is the way and the gurisas deserve it.

There are more and more teams and the league becomes more competitive. How do you feel about this growth?