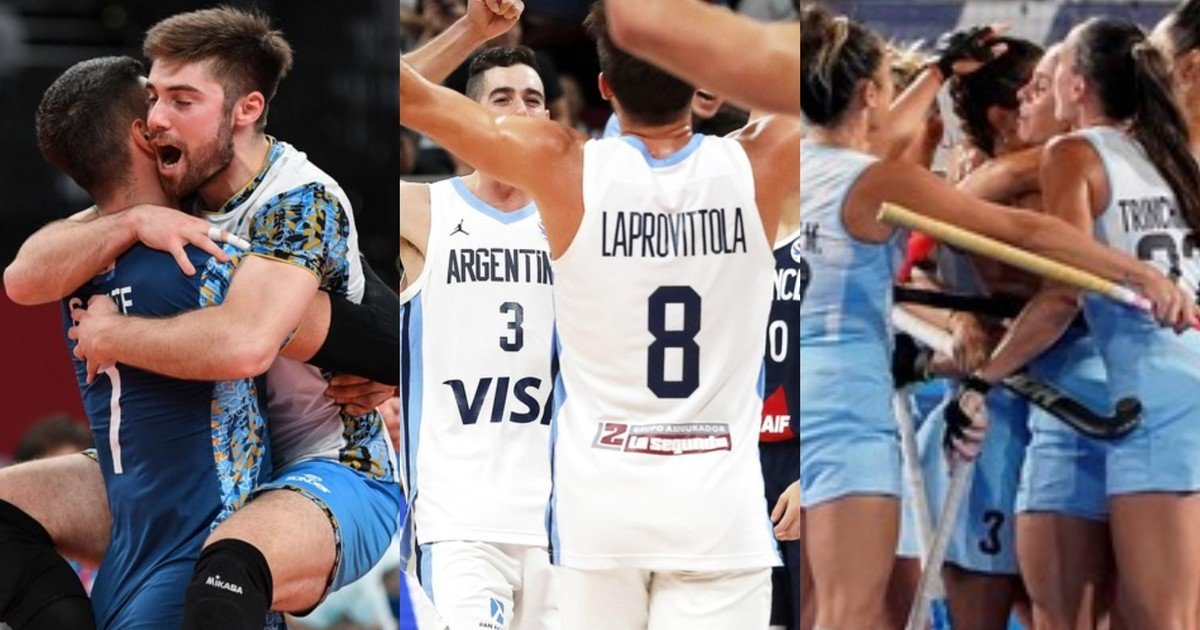 A result in a match may be the responsibility of chance. At the Olympic level, a swallow does not make a medal, but a flock may have the power to hatch it and see it hatch. This is what happened with the rugby seven, owner of the only national metal in the Olympic Games Tokyo 2020 (yes, it is 2021, but so that the time lag does not remain, the organization puts the zero at the end; claims to them …), and This week it can be solved in the same way with three selected who are still on their way to the podium. Chronologically writing, these are: volleyball, basketball and The lioness. When you are waking up, you may get to see on Public TV or TyC Sports some of the volleyball against Italy, which starts at 5 this Tuesday in the quarterfinals. The same instance touches him to basketball against Australia, at 9 the same day. And on Wednesday at 7, already more advanced, field hockey girls are measured vs. India in the semifinals.

The three teams are like the sides of an isosceles triangle, equal in number of Olympic Games -including this one-, with eight each, and a DNA that groups them. They have that plus that the Argentine shirt gives them, an intangible and undeniable condition based on weighing the minimum support they receive from National Sports and the actions they achieve when these teams come together every four years.

The three, in addition, are consolidated, looking from times not so distant, although the participation in the appointments for the rings are not new: for an event that was born in 1896 and had the first national delegation organized in 1924 (there were representatives from 1900, but five in three championships until 1920), the three sports of reference, together, accumulate only five participations until the decade of the 90 and 15 since 2000.

Basketball made its Olympic debut in London 48 but it was only in Athens 2004 that it participated without interruptions (that is, it managed to qualify Game by Game). It is no coincidence that a Golden Generation gave that kick that keeps Luifa scola in the team with a quality replacement. Las Leonas were born in 2000 with the name chosen by the campus and the drawing that was born from the pencil of Inés Arrondo, current head of Sports of the nation. Women’s hockey is stable since Atlanta 96, already with eight players who would win silver in Sydney 2000. Current replacement? The team has 10 rookies and six former Olympians.

Volleyball maintains the same base, the one that resumed the national Olympic race in 2012 and accumulates two fifth places. There are eight who have been rowing it, and two of the four “new” are Sub 23 world champions in 2017, Matías Sánchez and Agustín Loser. Perhaps this is the most regular team, although their participation as a group is less in time, with their third Game today. The parenthesis from 2004 to 2012 in the Games was a very strong renewal.

Basketball suffered its slump in Rio 2016, with an eighth place after two podiums in 2004 and 2008 and a fourth place in 2012, before taking up the race again. The same happened to Las Leonas, who after four podiums in a row since 2000, “Rested” in Brazil with the 7th place.

They are three teams that maintain the illusion of more successes for Argentina and crossed by many similarities. That, and that they are where they are, is no coincidence.