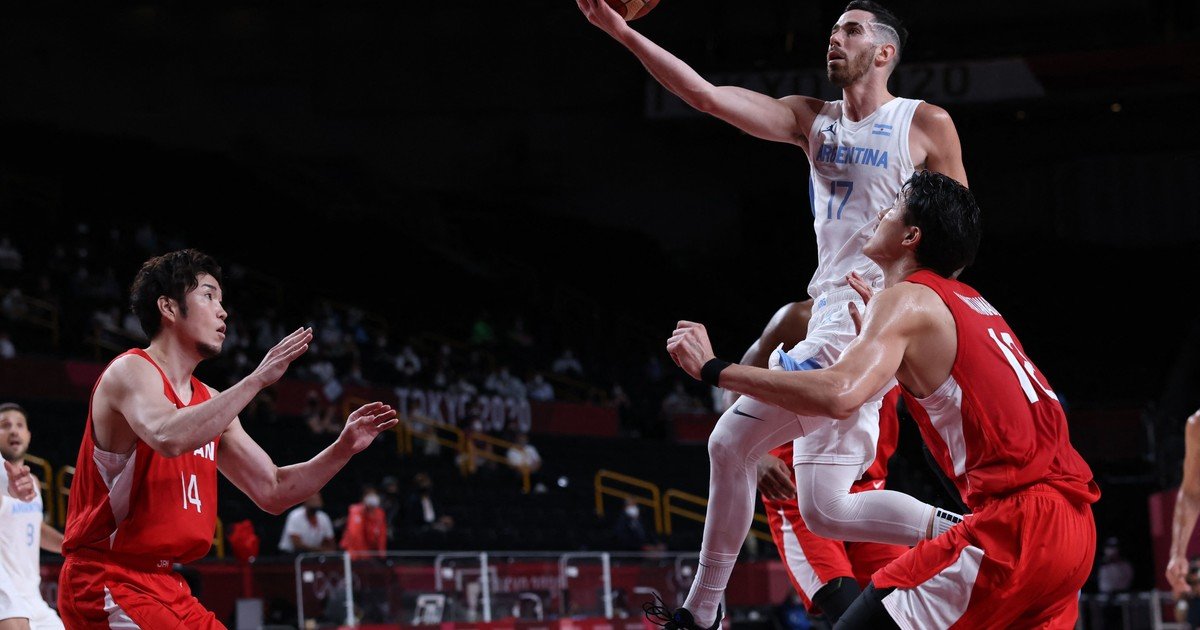 as it happened with Manu Ginobili and his Hall of Fame arrivalhappened this Monday night with Luca Vildoza. A prestigious journalist from the United States published that a source told him that the Argentine point guard will return to the NBA, punctually at the milwaukee bucks for these playoffs. Notice for Mar del Plata.

As announced by ESPN’s Adrian Wojnarowski, Vildoza, MVP of the 2020 Spanish ACB League finals (with 17 points, 2 assists, 4 rebounds and a PIR of 20) in the title that Baskonia won over Barcelona, has fully recovered from foot surgery and will be activated for the Bucks in the playoffs, with an agreement that also includes their presence in the 2022/23 season.

ESPN Sources: Free agent guard Luca Vildoza — MVP of the 2020 Spanish ACB League finals — is expected to finalize a deal with the Milwaukee Bucks that’ll take him through the 2022-2023 season: https://t.co/FjuI6Zr1UU

Now it is expected that Vildoza’s agent, Alex Saratsis of Octagon Sports, and Bucks general manager Jon Horst finalize terms of the deal in the coming days, as ESPN clarified what the sources said. Luca played the 2019 World Cup with the National Team that was runner-up in China and marked the retirement of Luifa Scola from the team.

Vildoza had become a New York Knicks player just under a year ago. The 26-year-old, 1.91 meter player left the Euroleague to fulfill his dream of reaching the NBA. However, an injury to his right foot and several months of impending recovery resulted in his departure before the start of the 2021/22 season.. That is, Vildoza did not even make his official debut in the New York franchise, although he played a couple of games in the preseason in Las Vegas.

Vildoza had negotiated the termination of the contract with Baskonia of the Spanish ACB League before reaching an agreement with the Knicks in May 2021. And although there was talk of the possibility of returning to European basketball, like Gabriel Deck did after Oklahoma cut him downthe Buenos Aires native preferred to maintain his free agent status while waiting for another opportunity in the elite.

The Bucks, whose star is the Greek Giannis Antetokounmpoare third in the Eastern Conference, with a record of 48 wins and 30 losses, behind the Boston Celtics (51-28) and Miami Heat (49-30). The team was left without George Hill, the backup point guard, who was injured. That is why they wait for Vildoza with the pen to sign and change without much time to adapt.

Giannis Antetokounmpo, figure of the Bucks.

Hill’s absence and the Bucks’ ambitions to reach their third title after last season and ’71 They place him as one of the candidates for the most coveted ring.

If Vildoza finally makes his debut, he will be the fourth Argentine to play this season after Facundo Campazzo (saying goodbye to Denver, a franchise that does not use it), Leandro Bolmaro (project in Minnesota, which takes him little by little) and Deck (Oklahoma cut him off and today he defends Real Madrid).

Vildoza returns to the NBA