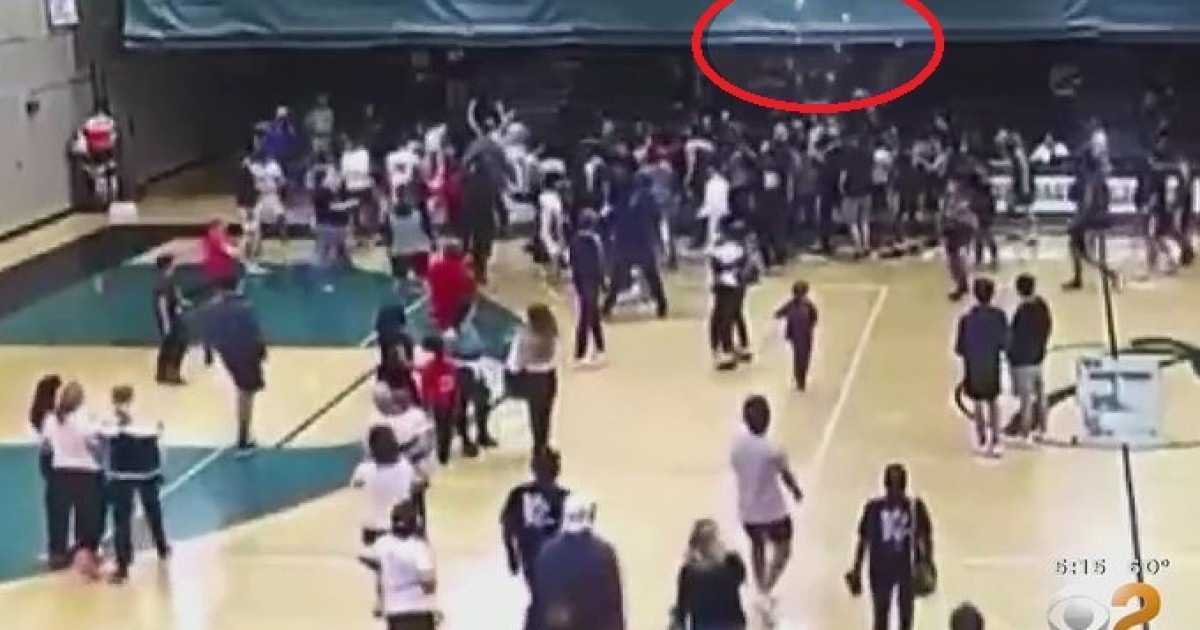 During a student match of basketball In California, United States, members of one of the teams threw tortillas to his opponents of Latin origin.

According to local media, the events were recorded last Saturday, June 19, and were recorded by the public who attended the basketball game that took place among young people between 15 and 18 years of age.

The act, which was considered racist, was recorded when the public of the high school team “Coronado, High School”Threw tortillas at team members Orange Glen High, after losing the match.

The recordings that went viral on social media showed that at least two young people threw the tortillas Against their rivals, however, the events worsened to the point that the teenagers began a fight with blows.

TO ALL ESCONDIDO / SAN DIEGO FELLAS‼ ️‼ ️ Personally, it hurt me to see young athletes being treated like this … specifically the Orange Glen Boys college basketball team! Coronado High School is DISGUSTING for throwing TORTILLAS to Orange Glen players!

In addition to the coaching staff and family members of the players, they invaded the court to try to calm those involved.

After these events, the police had to intervene in the fight after the basketball game and after some investigations reported that the person who initiated the attack was identified and investigated.

They apologize after throwing tortillas at basketball game

After the incident, Coronado High School offered an apology after its players threw tortillas at the rival team after the basketball game.

The Coronado Unified School District recognizes that these acts are heinous, degrading and disrespectful.

the school board said in a letter to the team of players of Latino origin.

In turn, school leaders condemned “racism and classism in the actions of the perpetrators.”

The Coronado superintendent, Karl Mueller, said the incident was “reprehensible” and promised “swift action” and accountability.

For his part, the coach of the attacked team claimed that the rival coach made “disrespectful” comments against him and his players, according to local media.

CIF officials have opened an investigation into an incident between Coronado High School and Orange Glen High School on Saturday night, in which after tortillas were thrown at the Orange Glen basketball team.

CIF officials have opened an investigation into an incident between Coronado High School and Orange Glen High School on Saturday night, in which after tortillas were thrown at Orange Glen’s basketball team. https://t.co/dXxJRzIgvH

adn40, the most watched news channel in Mexico. Download our app