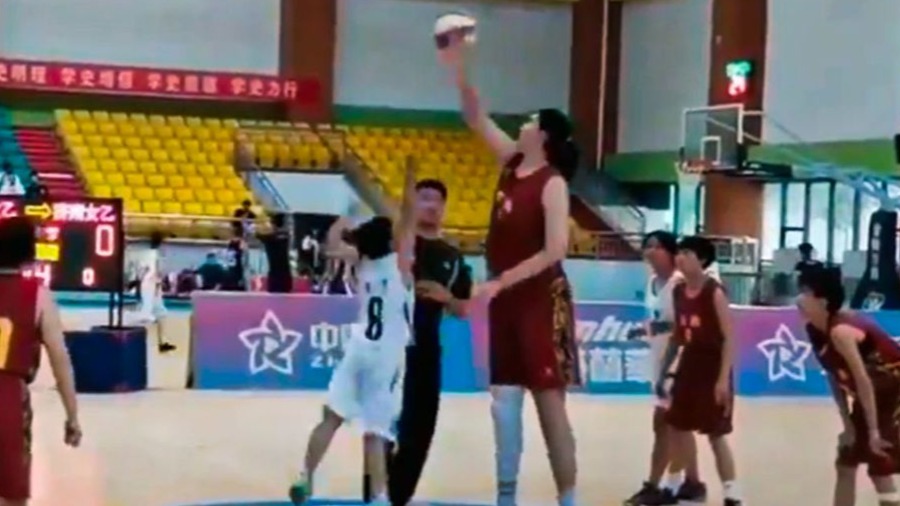 Zhang Ziyu went viral for his height at such a young age. Her team reached the final of the Chinese championship and she added 42 points, 25 rebounds and six blocks

The world of sports lives hours of amazement after a video with the great performance of the young Zhang Ziyu went viral during a basketball tournament in China. The 14-year-old teenager surprised fans with her 2.26-meter height and skills that led her team to be crowned champion at the event that took place in Jingzhou, Hubei province.

Images of Zhang Ziyu’s performance during the national U-15 basketball tournament quickly went viral on China’s largest social network, Sina Weibo. In them you can see some fragments of the performances that the basketball player born in the eastern area of ​​Shandong had throughout the competition that ended with the consecration of the cast of that province.

The young woman was the great figure of the final of the contest with a really brilliant roster: she scored 42 points, captured 25 rebounds and blocked six shots from her rivals. In the videos that circulate on the networks, it can be seen that she does not have too many problems in reaching the ball, both defensively and offensively, since it is much higher than the rest of the competitors.

Zhang Ziyu has gotten used to attracting attention for his height. As published by the local site Global TimesWhen he was in the first grade of the school he was already 1.60 and reached 2.11 when he was in sixth grade. This quality of her physique is no coincidence, since the young woman She is the daughter of two great basketball stars from China: his father played professionally and measures 2.13, and his mother is Yu Ying, a former player of the national team, who holds 1.98.