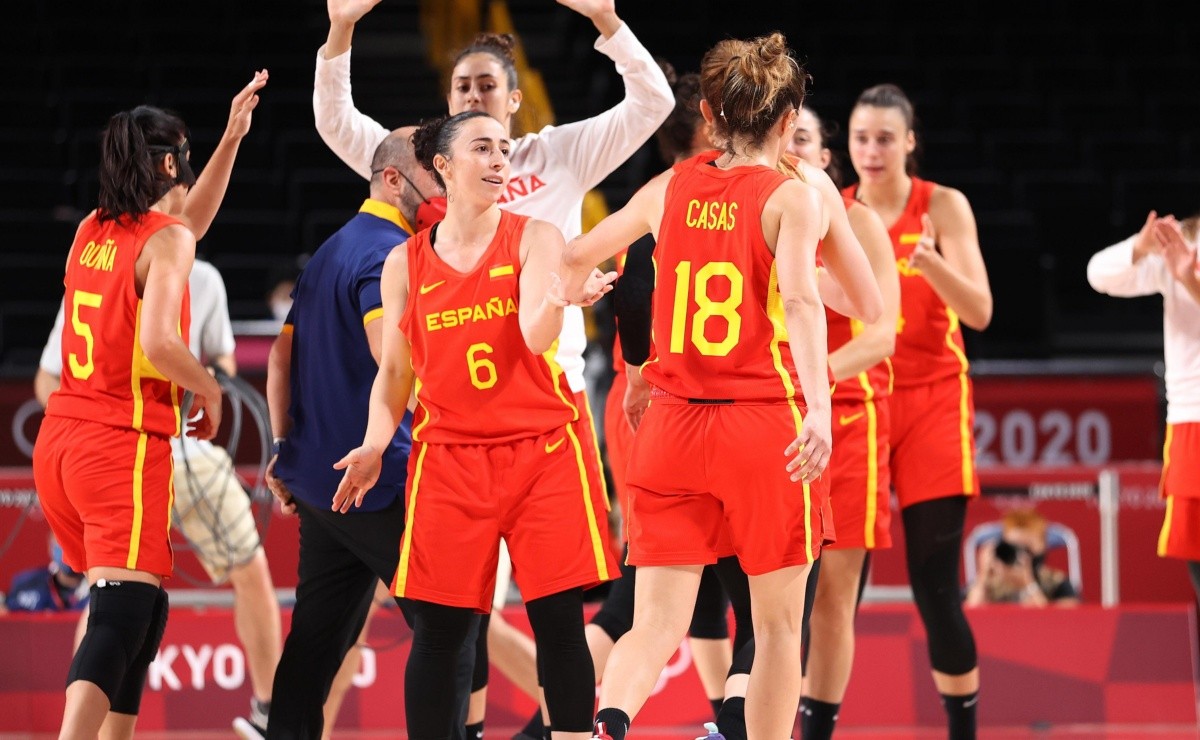 The Spanish women’s basketball team beat Canada at the close of the group stage of the Olympic Games.

The medal table of the delegation of Spain in the Olympic Games has taken flight in recent days. The women’s basketball team hopes to join the figures who have reached the podium and have achieved a valuable victory against Canada by the closure of the group stage. The 66-76 win allows them to move to the next round as group leaders in Tokyo 2020.

The Selection of Spain has achieved a wonderful triumph this August 1 in the women’s basketball tournament of the Olympic Games. Cristina Ouviña was the one who led La Roja in the match against the Canadians this Sunday, with a brilliant performance of 15 points and 7 assists.

Ouviña’s main ally was the Senegalese player, Astou Ndour. The Chicago Sky center was the team’s top scorer with a total of 20 points (9-11 from the field goal), also fulfilling a great role in the low post by capturing 11 defensive rebounds.

On the part of the Canadians, the offensive phase passed through the hands of Kia Nurse. The Phoenix Mercury player had 14 points for the North American team (4-7 on triples and 2-3 on free throws). However, the lack of precision of the team ended up taking its toll, in addition to allowing rival shots.

Beyond qualifying for the quarterfinals of the Olympic Games, having been in the first position of the group takes a great value for the Spanish team for the next instance. Being first, they avoid the Dream Team of the United States in the first phase of KO of Tokyo 2020.