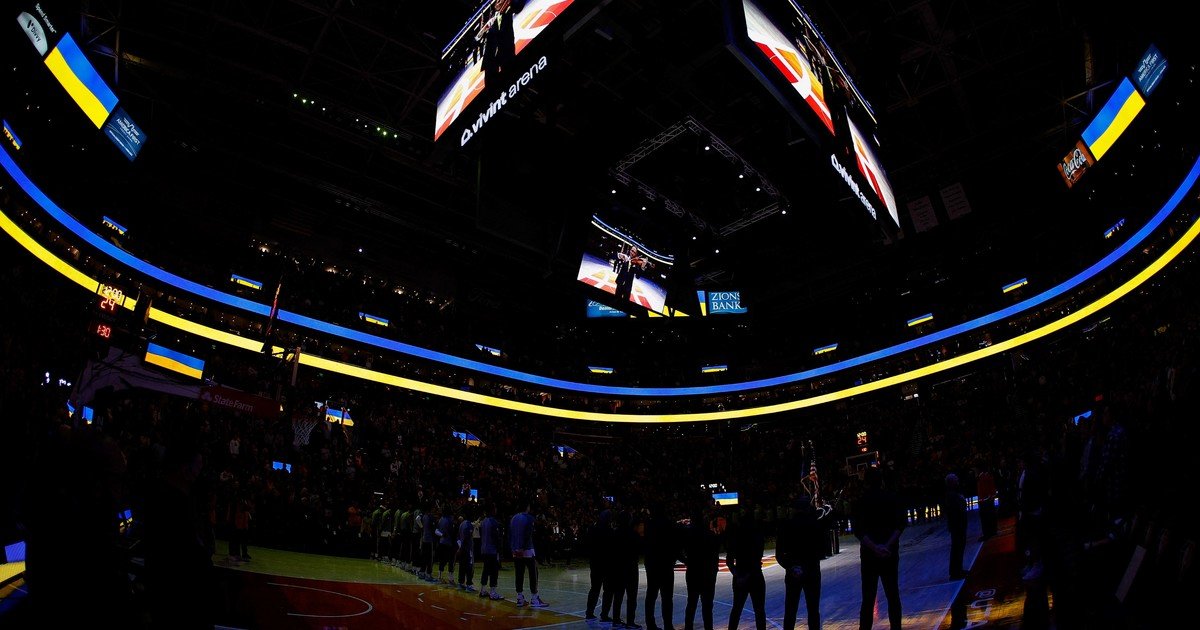 The NBA It is never immune to conflict. Just remember when all the players decided to suspend the games in 2020 after the murder of George Floyd at the hands of the police. And the many stars who took to the streets to march against racism, such as Russell Westbrook or Giannis Antetokounmpo. On this occasion those who take the initiative in the war between Russia and Ukraine are the Utah Jazzwhich will pay for 32,200 nights of accommodation for Ukrainian refugees.

Jaylen Brown, leader in the NBA protests against the murder of George Floyd.

The American franchise owner, Ryan Smithdecided to accompany the proposal of airbnb.orga non-profit organization that seeks to provide free and temporary accommodation to a total of 100,000 Ukrainian refugees. “The Utah Jazz Foundation is honored to partner with Airbnb.org to fund stays for refugees who have fled Ukraine, enough to fill nearly twice as many seats here in our own home, Vivint Arena. And we can’t stop there.” I encourage all organizations to support Airbnb.org’s important initiative, to magnify its impact and house enough refugees to fill their arenas or workplaces,” Smith said.

The rest of the stays will be financed precisely by Airbnb.org and all the donors who want to join the campaign, just as the Utah Jazz did.

HOW THE RUSSIA-UKRAINE WAR AFFECTED THE NBA

The best basketball league in the world supported the decision of the Formula 1 and the UEFA and chose to also cut off any type of commercial relationship with Russia. This even implies the distribution of digital content and the broadcast of the meetings there.

On the other hand, those who demonstrated against the war were the Ukrainians alex len and Svyatoslav Mykhailiukplayers of the Sacramento Kings and the Toronto Raptors respectively. Both issued a peace statement on Twitter and Len, in a duel in front of the Denver Nuggetsprompted a minute of silence with the clear message of “No War”.

Utah Jazz will pay for 32,200 nights of lodging for Ukrainian refugees