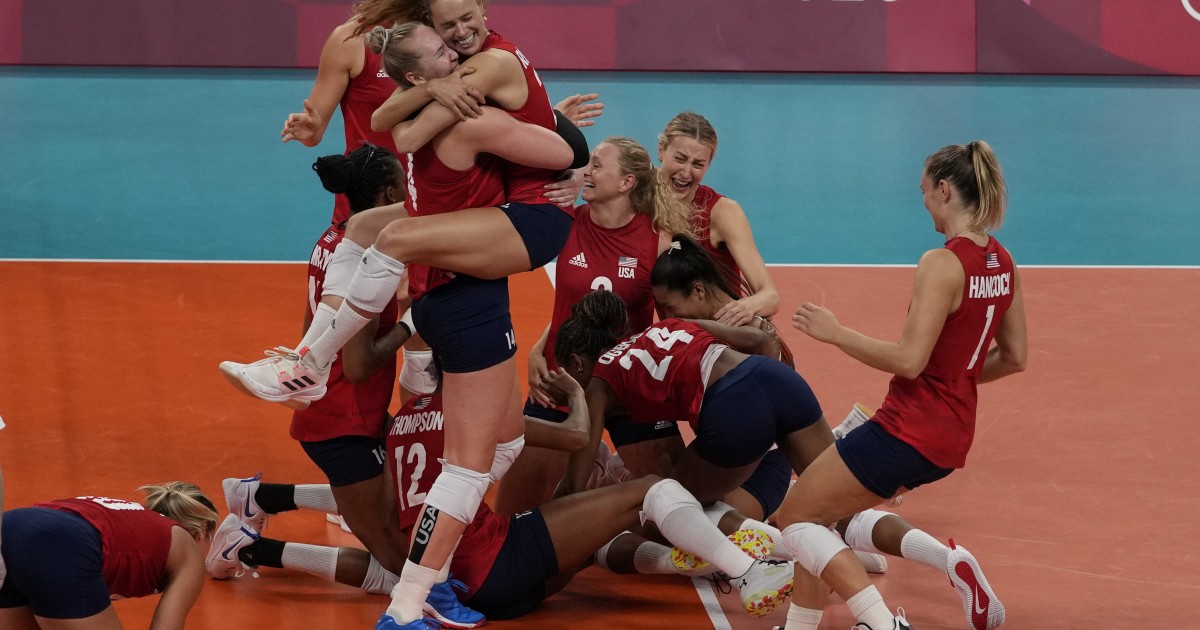 The United States won its first Olympic gold medal in women’s volleyball on Sunday by defeating Brazil in straight sets (25-21, 25-20, 25-14), nearly four decades after taking the podium for the first time.

The Americans, who accumulated three silvers and two bronzes since their first medal in 1984, completed their collection after overwhelming the Brazilians before those who fell in the finals of Beijing 2008 and London 2012.

Captain Jordan Larson, a member of the team that won silver in 2012 and bronze five years ago, paved the way to victory with her leadership and strong play on both offense and defense.

Larson and central blocker Foluke Akinradewo Gunderson, both in their third Games, have a medal from each appointment after the last game of their Olympic careers.

With the victory, American coach Karch Kiraly joins Chinese Lang Ping as the only people with an Olympic title in volleyball as a player and coach. Kiraly won gold as a player in Los Angeles 1984 and Seoul 1988, and was crowned in beach volleyball at Atlanta 1996.

The United States were early ahead on the board by scoring the first four points thanks to a powerful attack by Michelle Bartsch-Hackley and were behind only a few times throughout the game.

The clash ended with a direct from Larson that completed the sweep of the Americans in their nine sets in the knockout phase. The players gathered on the court to hug each other through tears.

Brazil accused the absence of attacker Tandara Caixeta, who left the Games before the semifinals clash after being suspended for a possible anti-doping rule violation. According to his lawyer, the prohibited substance found in a test in July accidentally entered his body.

In the game for bronze, Serbia claimed its second consecutive Olympic medal after beating South Korea in straight sets. The medal comes five years after they first rose to an Olympic podium in the discipline to receive silver in Rio de Janeiro.

Serbia bounced back from their bulky defeat to the United States in the semifinals to lead the victory 25-18, 25-15, 25-15. The Serbs won in straight sets six of their eight matches in Tokyo.

South Korea came out empty-handed in search of its second women’s volleyball medal after winning bronze in 1976.

France beat the Russians to win gold in the men’s tournament, while Argentina took bronze by beating Brazil in five sets.