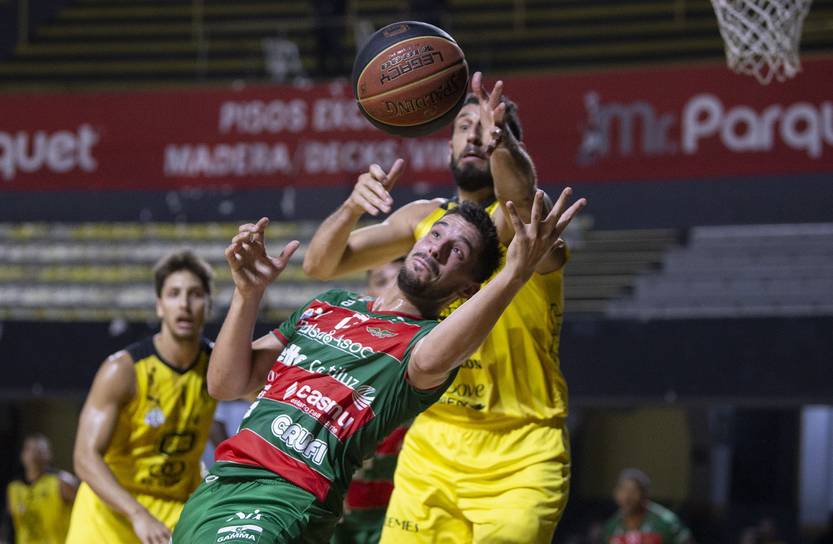 This Monday will be a rest day in the Uruguayan Basketball League (LUB) because date 20 will be played entirely on Tuesday. Beyond the fact that 12 teams have a match –Larre Borges has a free date–, it can be seen in the position table that there are several pending matches that correspond to past dates. It is essential that this agenda is updated, because the teams have a lot at stake to be among the five that go directly to playoffs as to escape the descent.

There are several clubs that have to update their calendar. One of them is Biguá, the virtual pointer if the games won are taken into account. The Villa Biarritz duck is late due to its participation in the Basketball Champions League Americas 2023. The first of the late games it has will pay next Monday, when it faces Olimpia on date 18. In any case, if it were to freeze the table at the moment, even losing three games, Biguá would continue to hold first place.

Despite losing last day, by points the leader is Hebraica and Macabi. The Macabeo did not have a good night against the needy Urupán, who took the 83-80 victory. Despite taking the point, the pandenses are in the fight not to go to El Metro, a struggle they share with Larre Borges, Defensor Sporting, Urunday Universitario, Olmpia and Peñarol -which despite having a positive balance, is in the background for the five points that were deducted for the excesses of their fans in the final of the last LUB–.

The results of the date that ended on Saturday were: Malvín 85-74 Aguada, Goes 93-72 Larre Borges –the team in which Leandro García Morales plays in his return to vernacular basketball–, Sporting 82-66 Olimpia and Urunday 89-82 Trouville, in addition to the aforementioned victory of Urupán over Macabi.

Tomorrow, Tuesday, those who will open the day will be Nacional and Hebraica, who will play at 8:15 p.m. in the Larre Borges gym and on television. In addition, at 8:30 p.m., Olimpia will host Goes, Peñarol Sporting, Malvín Biguá, and Urunday Aguada, while in Pando, Urupán will host Trouville.

Although there is still a long way to go, it is worth emphasizing it: at the end of this round of rematches the last two will be relegated – at the moment, Peñarol and Olimpia. In the event of a tie, it will be defined with a kind of single-match final. Afterwards, the rest of the teams will be divided among the five that go directly to the playoff and the six who will play reclassification keys to get into the round of 16.

Uruguayan Basketball League up to date