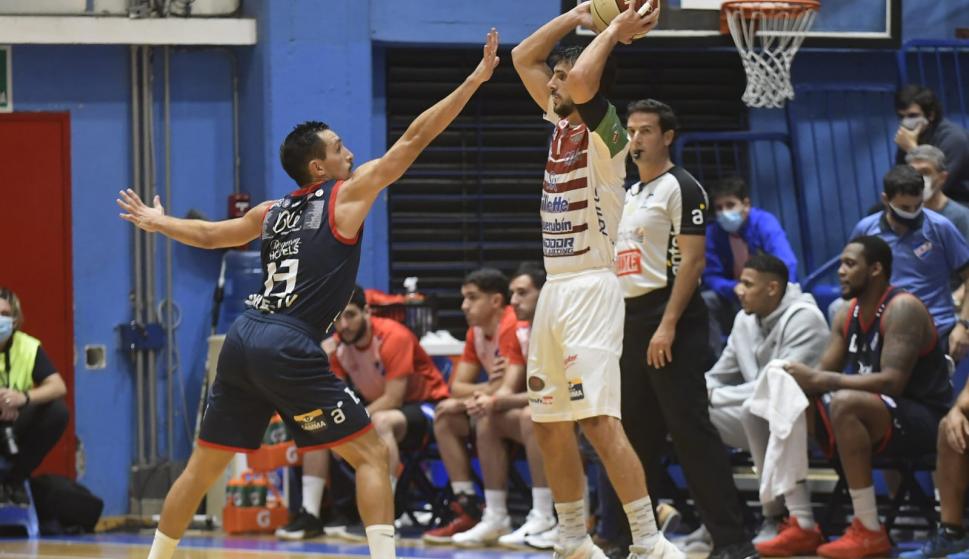 National He was bound to win and he did. He prevailed over watery by 85-80 and in this way forced a fifth and final game where the key will be defined and which will be played next Tuesday, from there Goes’ rival will come out in the quarterfinals of the Uruguayan Basketball League.

The game had the intensity that this match deserved. It was an even clash where both had their moments, but where the tricolor seemed to take better advantage of them to be able to keep the point that he needed so much.

The best of the aguatero was seen in the first quarter where he imposed conditions and ended up staying with the first 10 minutes with a partial of 31-19 that marked the forcefulness of a team that was looking to close the key.

But Miguel Volcan’s men recovered and before going to the long break they responded with a very important 22-13 for what was going to be seen in the second half.

Defensively Nacional improved and that was the basis for Aguada not being able to score as easily as he had in the first half and from then on start to hurt.

The 19-14 score in the third quarter gave confidence to a Nacional that ended up sentencing the victory in the last quarter thanks to the 25-22 run with which they kept the point they needed to stay alive in the Uruguayan Basketball League.

The 24 points and 14 rebounds that Dominique Morrison got left him as the tricolor figure, accompanied by Quincy Miller who also finished with a double-double (13 points and 13 rebounds) and Johndre Jefferson who closed with 23 units.

In the water carrier, there was a great performance by Marcos Mata who was also the top scorer for Casalanguida’s men, contributing 22 points and accompanied by Tyreek Duren who finished with 20.

Malvin is among the top eight

Malvin He also won and in this case it served to sentence the key. The triumph before Urunday University 93-75 left the player in the quarterfinals where he will face Peñarol.

The supremacy of those led by Federico Camiña was noted throughout the match to the point that he stayed with each of the rooms. The first half went 27-20 and 25-24, while in the second half they were left 24-17 and 17-14.

Emmitt Holt, with 20 points, was the scorer of the winner that ended with a double-double by Nicola Pomoli (11 points and 10 rebounds) and also by Kiril Wachsman (10 points and 13 rebounds).

On the local side, the most outstanding player was Tanksley Efianayi who closed the match with 21 points.

Uruguayan Basketball League: Nacional won and tied the series against Aguada; Malvin got into the quarterfinals