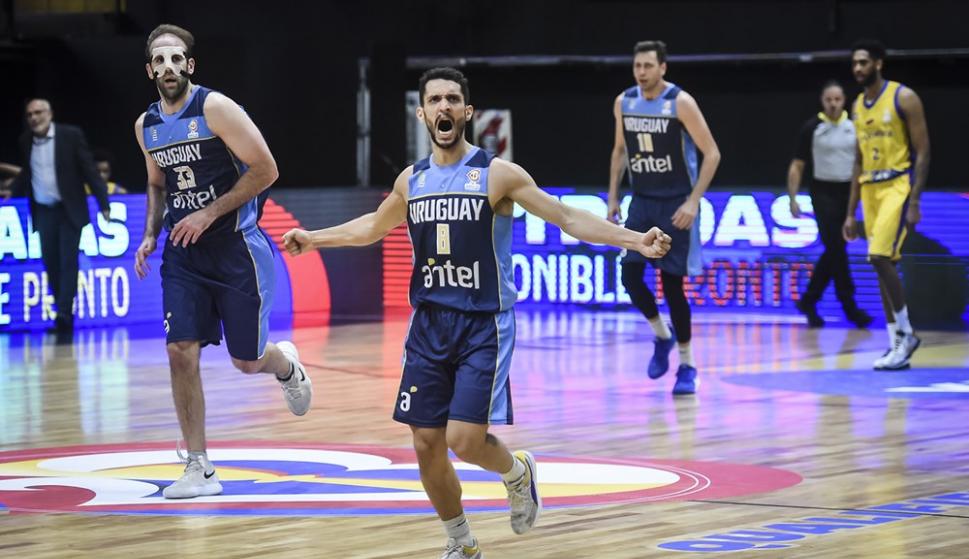 The Selection of Uruguay basketball player achieved the goal with which he went to Buenos Aires: to win the two points in the particular series with Colombia through the knockout window heading to the World Cup in the Philippines, Japan and Indonesia. On Friday had been imposed 83-75 and this Saturday he got it 82-69.

The curious thing about the result is that the difference is looser than in the first, but the game itself was much more difficult for Uruguay, who won with a great change of attitude in the second half and showed a very important character for him. future, as it recovered from a couple of adversities.

One of them was the bad game of the first 20. La Celeste lost the first two quarters (18-16 and 21-18) and went to the long break five points down: 34-39. However, the hardest blow was the disqualification of Bruno Fitipaldo, who had been the great figure in the first game with 31 points and who in 15 minutes on the court had contributed 13 points. His scoring was so important that he also ended up being the team’s top scorer. What happened to him?

Bruno had been called an unsportsmanlike foul and then, for protesting an offensive foul on Esteban Batista, they charged him with a technique that took him out of the game.

Uruguay had to recover, then, to the bad game, the adverse score and the absence of its main exponent. And he did.

Coach Ruben Magnano must have given a great talk at halftime, because Celeste came back with a different attitude, put a 5-0 at the beginning of the third quarter, tied at 39 and went ahead 43-41 with 7.05 left to finish the partial. Although it was down again by three points (45-48), the team brought out its character, found a goal in several ways, got tough on defense and took the fourth by 17-9, to go ahead by three.

The recovery started from defensive solvency and later transferred it to the offensive, to make a very good end of the game by winning the last quarter 31-21 and taking the victory.

The next knockout window will be in February. On Friday the 25th Uruguay will face Brazil and on Monday the 28th Chile. The top three from each of the four groups advance to the next phase, which will feature 12 teams. This second round will be divided into two groups of six, dragging the results of the previous round.

There will be round-trip matches. In the end, the best three in each series and the best fourth will qualify for the World Cup.

Uruguay beat Colombia again, but the most important thing was its display of character