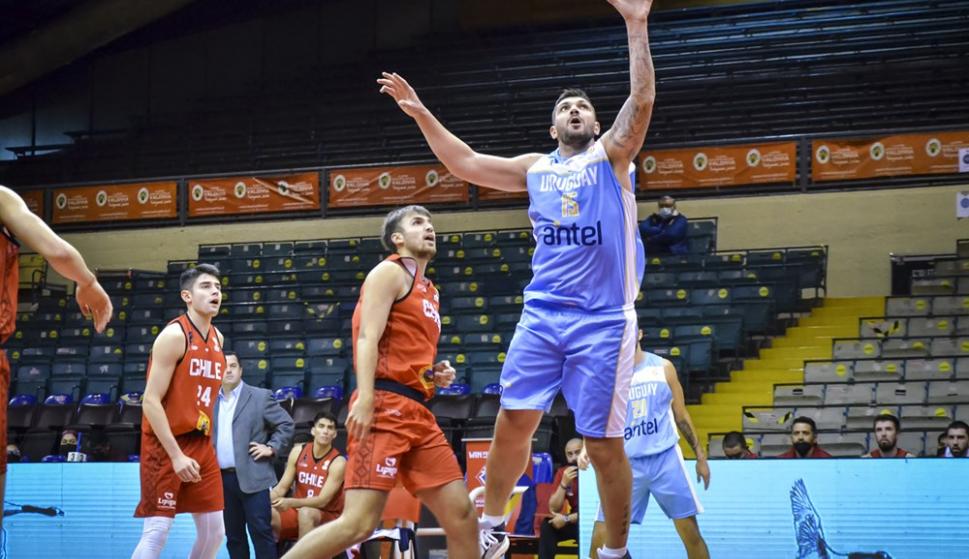 The Uruguayan basketball team faced a transcendental duel for the future of the B Group in the qualifying World Cup 2023. Those led by Ruben Magnano, who came from falling 85-66 against Brazilreturned to victory by defeating Chile 76-67.

Agustín Ubal scored 15 points and was the figure of Celeste, who reached seven points and made sure to close the second window as an escort for the leader Brazil, who has eight points.

In the next window, Uruguay will have to host Brazil at the Antel Arena (June 30) and then they will do the same against Chile on July 3.

Magnano’s cast was effective offensively and went into the break with a nine-point lead. Esteban Batista, with six points, was the scoring leader for Celeste with six converted points. The Uruguayan defense stood out for its intensity and the trans-Andeans were imprecise in their final shots.

In the second boy, La Celeste managed to sustain their performance despite the fact that the trans-Andeans started the fourth with two consecutive triples that increased their confidence. With Gonzalo Iglesias as the top scorer with T points, Uruguay grew in their game. One minute from closing and after having suffered a shot from 6.75 meters, Ubal ran the field, scored a double and won a free kick that gave peace of mind to a team that managed to go to rest maintaining the nine point difference obtained in the first boy.

In turn, Magnano’s men managed to hurt the rival in terms of counterattack points (10 to 2) and also in terms of goals that came from the substitutes’ bench (26 to 14). Likewise, the Celeste obtained a great percentage of success from 6.75 meters (54.5%), in contrast to the trans-Andean cast (35.3%).

The third quarter began with a sharp Batista converting under the rim, but also collaborating on the defensive side. Then Parodi gave a hierarchy assist: a back pass to Rojas and a difference of 14 points in favor of Uruguay (52-38).

With a double by Morales and a triple by Arroyo, Chile managed to reduce points (43-52). Then, Morales himself was in charge of sustaining Chile’s scoring with several successful shots from 6.75 meters. In the Celeste, Ubal stood out, scoring 10 points in the same number of minutes played.

At the beginning of the last boy, Uruguay was able to run the field and did damage from Santiago Vidal’s goal. In turn, Ubal continued to make him bigger and appeared in the break points of the game to increase the advantage of the visitor, who took advantage of the scoring power of the Barcelona player to secure the point and second place in group B.

Uruguay 76 – Chile 67: La Celeste returned to victory and was the only escort in group B