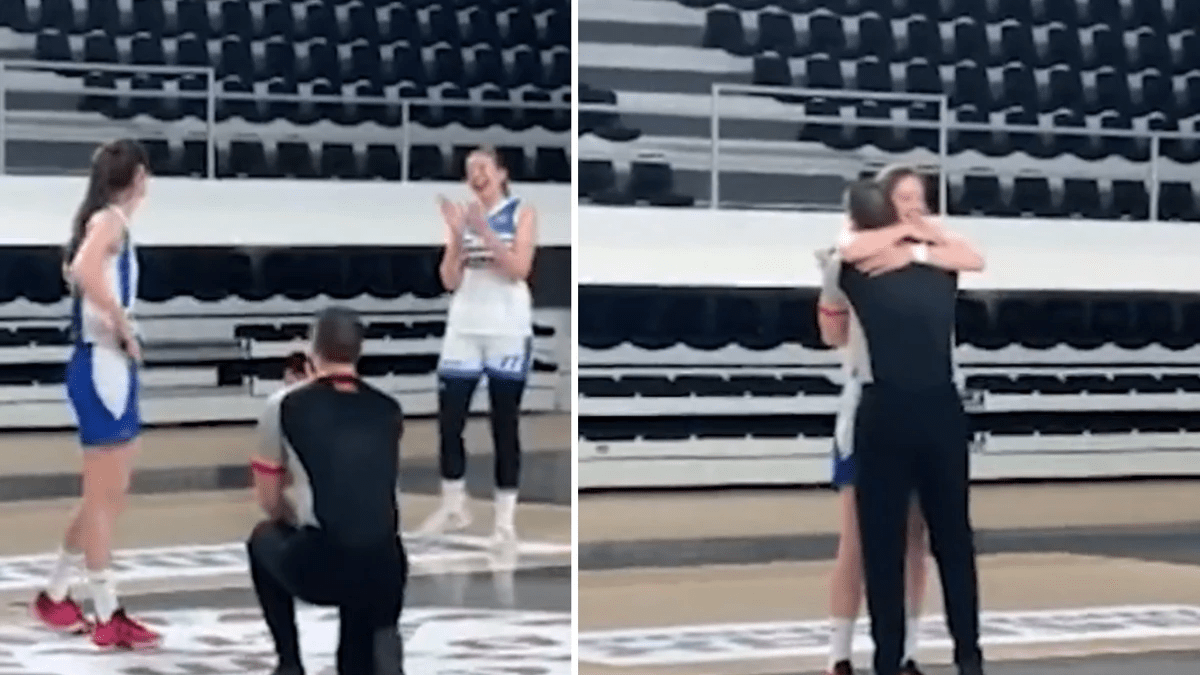 An extra-sports episode in women’s basketball in Montenegro has gone viral in the last few hours. in full final of the league Nationalthe referee of match He proposed to a player.

The curious scene occurred in the rematch between the ZKK Buducnost Bemax and ZKK Podgorica teams of the Montenegrin women’s league. Referee Stefan Vukovic waited for his girlfriend, Violeta Lazarevic, to take the two free throws, after a foul, and at that moment he stopped her and knelt before her to the surprise of the entire stadium.

The young woman, surprised and completely happy, said yes. As if that were not enough, the game continued and his team won and achieved the fourteenth national title.

(PS: They already knew each other before the game)pic.twitter.com/FZZhlw5WnO

“I can’t even describe how I feel. It was all sudden, completely unexpected. In any case, I don’t need to emphasize how happy I am,” the 24-year-old told Serbian outlet Sportfem.

In the images that went around the world, the moment in which Stefan knelt before the player number 19 could be seen under a shower of applause. After exchanging a few words, the judge ended up putting the ring on her. In the middle of the final, the players of both teams and the referees merged into a hug.

“I really had no idea. Stefan even hid that he would referee the match. He didn’t tell me anything. I was mad at him for that too…” the ZKK Buducnost Bemax pivot later explained, laughing.

“The day before was exactly four years into our relationship. It was expected somewhere in the near future, but not like this, in this place and at this time.”Violet added.

Finally, when asked about when the future wedding would be, the player explained: “We’ll see, everything is still fresh. When I was younger I dreamed, like all girls, of fairytale and big weddings, and now I would like it to be very intimate, with those closest to me… I hope to convince Stefan to make it so”.

On the purely sporting side, ZKK Buducnost Bemax won the first leg 74-40 and went into the final duel with the result in their favour. They finally ended up winning 70-51 with a great performance from Maja Bigovic (15 points and 5 rebounds) and Violenta Lazarevic herself, with 12 points.