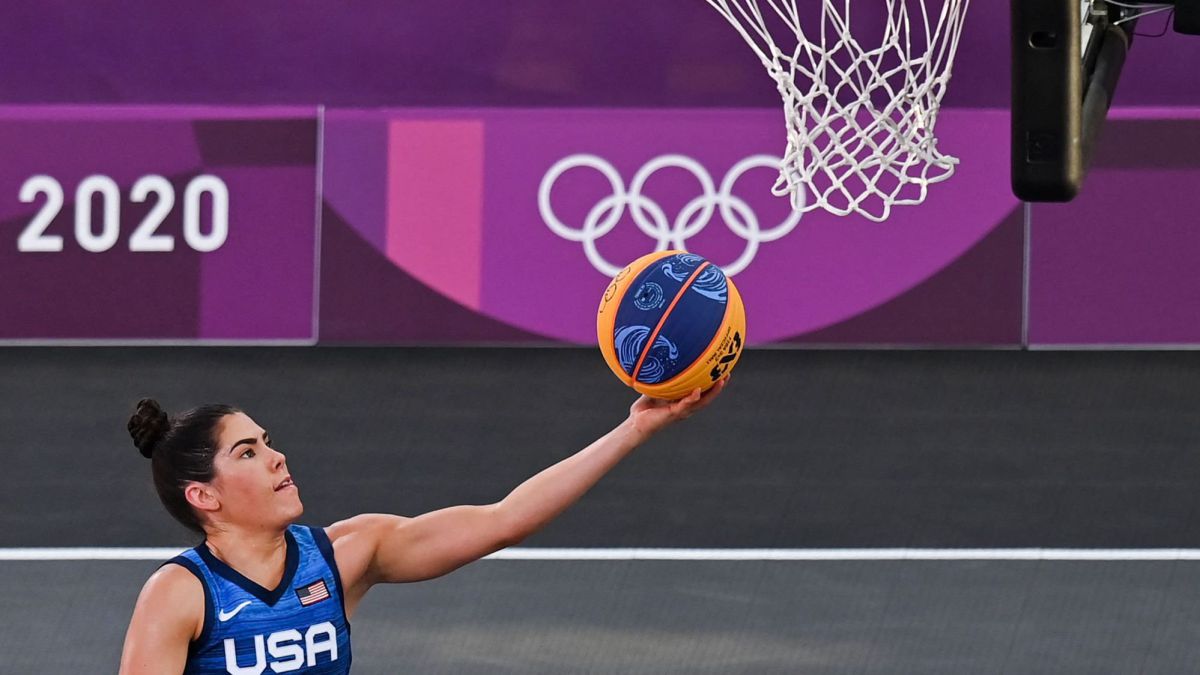 The women’s team from USA defeated the representative of the Russian Olympic Committee by a score of 18-15 in the final of the tournament of basketball 3×3 and achieved the gold medal in the competition.

Much of the achievement of the medal is a consequence of the start of the meeting (a period of 10 minutes) it was largely dominated by the North Americans.

After 3:13 minutes played, the selection of the stars and stripes commanded the electronic 5-1 with scores by Allisha Gray (free throw), Kelsey Plum twice and Stefanie Dolson with a two units. For the European athletes the discount came to Olga Frolkina.

The tonic of the game was maintained until the last three minutes of the commitment. The American trident divided offensive tasks (Plum, three units; Gray, two; Dolson, two), while the Russians adjusted and tightened the match ─ the Frolkina twins (Olga and Evgeniia) with three points; Anasasiia Logunova, three, and Yulia Kozik, who inaugurated the long-distance shots.

The final stretch of regular time became an exchange of hostilities that ended with an equality of six points per side and confirmed that the gold was for the whole of USA. For the Americans, the units were divided between Jacquelyn Young (2), Gray (1) and Dolson (3, two from the penalty line); the Russian response was led by Evgennia and Olga Frolkina (3), Kozik (second shot from the perimeter) and Logunova (1).

The United States’ leading scorer fue Stefanie Dolson with seven units; In addition, he commanded his team in rebounds with nine. For the COR, Anastasiia Logunova took the offensive laurels with six points and five rebounds, and Olga Frolkina distributed five assists.

Gold in the men’s category

Unfortunately for the Russian delegation in Tokyo, they only got silver medals in the discipline. In the end of basketball 3×3 male, Latvia as a whole beat the COR team to take the gold.