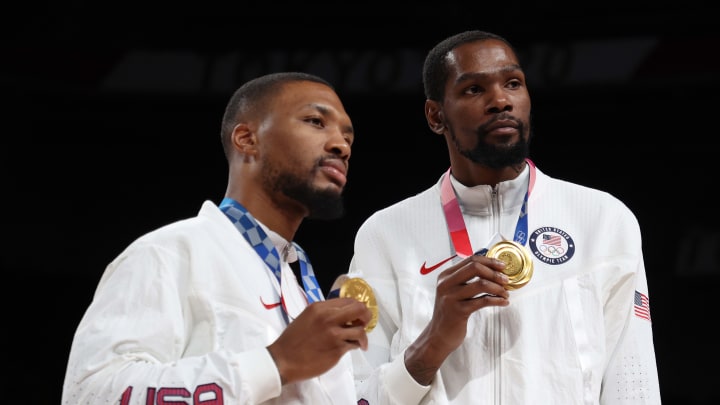 The basketball team of the United States He beat his counterpart from France by 87-82 to win the gold medal at the 2020 Tokyo Olympics. In this way, those led by Gregg Popovich, demonstrate once again that the NBA it is above European basketball.

This victory must be one of the most special in the history of Team USA, since since its preparation they faced logistical problems, low numbers of players and even difficulties to connect as a team on the field.

Things did not look good either since the debut in Asian lands when they were defeated precisely against the selection of France of Rudy Gobert.

However, they had in Kevin Durant the perfect leader during his time in Tokyo. The stellar wing of the Brooklyn nets served as a push in each of the minutes he was on the court.

In the final match, “KD” excelled with 29 points, further joining his compatriot Carmelo Anthony as the only three-time male gold medalists in United States Olympic history.

Once again Durant led his teammates in points with an average of 21.6 points per game, his best production at the Olympics, leaving behind his performances in London 2012 with 19.5 and Rio de Janeiro with 19.4.

In addition to Durant, Popovich had the great contributions of Jayson Tatum and Damian Lillard, who were given the task of complementing the offensive game of the United States.

For his part, Jrue Holiday enshrined his tag as a great defender and had the ability to hold off the teams’ backcourt rivals, leaving a 27% chance for his opponents during the competition.

The Milwaukee Bucks duo of Holiday and Khris Middleton were joined by Michael Jordan and Scottie Pippen and LeBron James and Kyrie Irving as the only ones to win an NBA championship and gold in the same year.