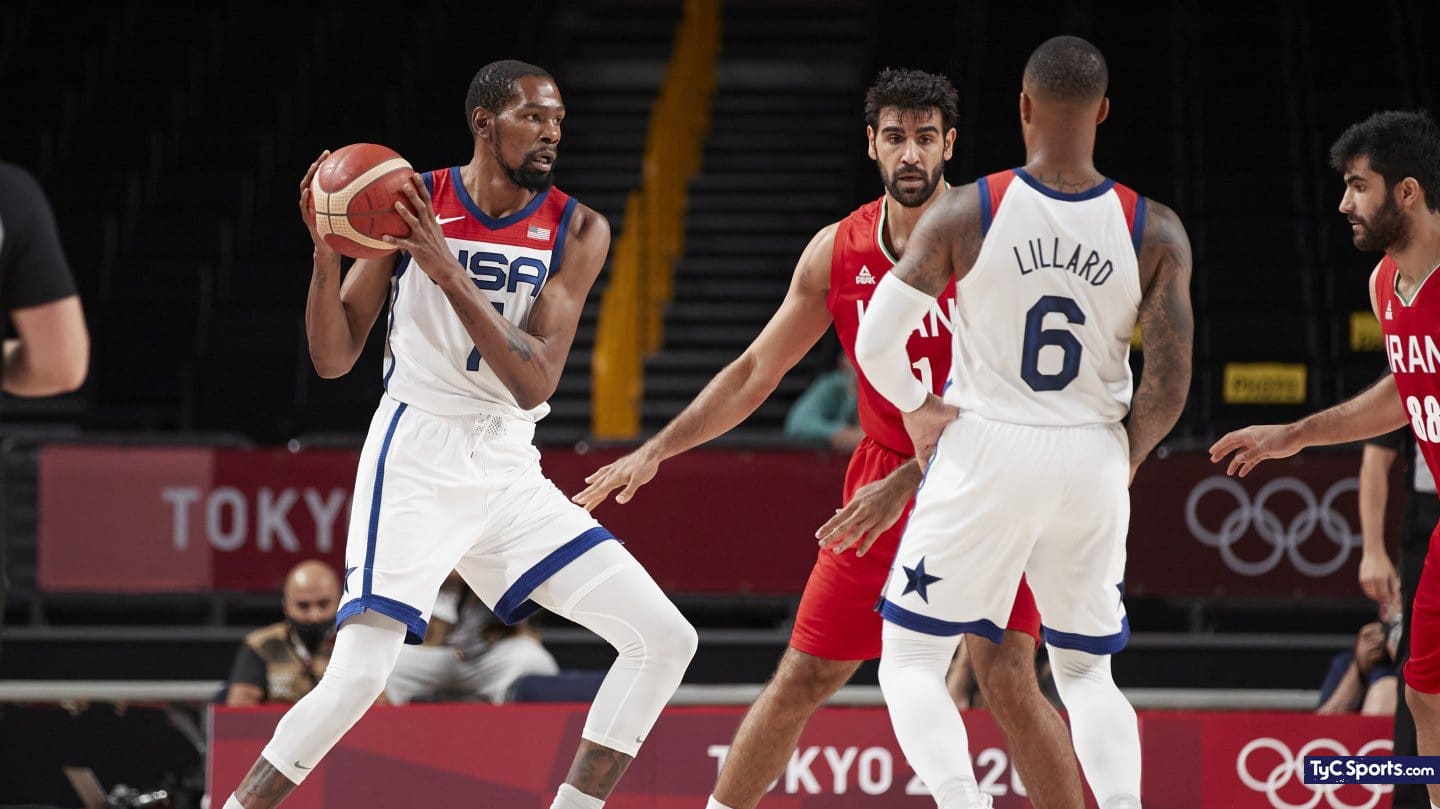 Team USA collides with the Spanish team this Tuesday for the Tokyo 2020 quarterfinals. Here is everything you need to know about the game.

United States, the great candidate to win the gold medal in basketball, will have a tough test this Tuesday against Spain, for the quarterfinals of the Tokyo 2020 Olympic Games. The meeting will begin at 1.40 from Argentina and you will be able to follow it live by TyC Sports Play.

The Team USA, with Kevin Durant as the main figure, comes from being second in Group A behind France. Gregg Popovich’s team fell in their first presentation against the Gauls (83-76) and then obtained two resounding victories against Iran (120-66) and the Czech Republic (119-84).

For its part, Spain also finished in second place in Zone C after the defeat against Slovenia (95-87) in their last match. Previously, they had surpassed Japan (88-77) and Argentina (81-71).

United States vs. Spain in basketball: how to watch the game LIVE on TV in Argentina

You will be able to follow all the Tokyo 2020 Olympic Games 24 hours a day on the screen of TyC Sports, with the conduction of Gonzalo Bonadeo and the monitoring of all the events simultaneously.

United States vs. Spain in basketball: how to watch the game live online, on PC, cell phone or tablet

The match between Team USA and Spain, for the quarterfinals of the Tokyo 2020 Olympic Games, can also be seen from a PC or any mobile device through TyC Sports Play. For that, You have to go to play.tycsports.com and, that way, you can live the game LIVE. If you haven’t already, you should register for free in simple steps and then set up your cable operator account. Very easy!