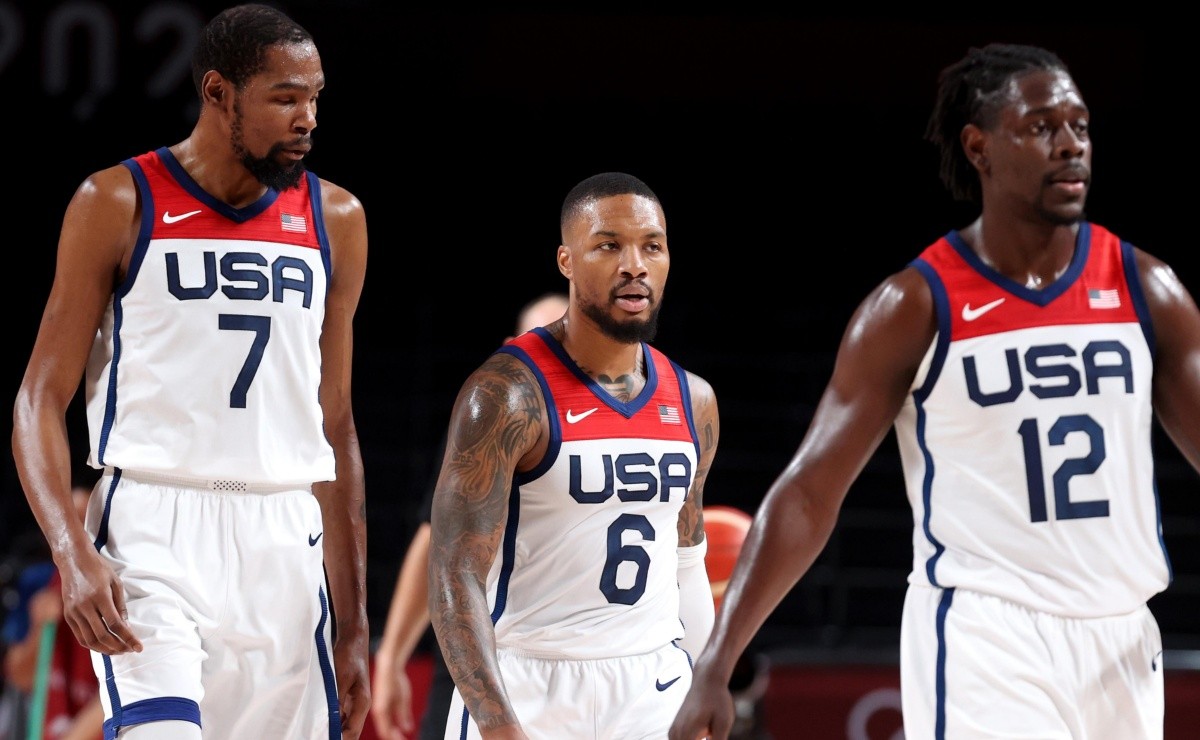 The United States men’s basketball team will play the final of the Olympic Games against France with the aim of once again achieving gold in the competition. Find out the forecast and all the details of the meeting.

United States will face again France East Friday, August 6 in the Saitama Super Arena, this time for the final of the tournament men’s basketball of these Olympic Games Tokyo 2020. Find out the forecasts, how, when and where to watch LIVE and LIVE ONLINE this great game.

After starting the contest with a loss to France by 83 to 76, which meant a severe blow to those led by Gregg popovich, the US National Team managed to show a better version before the weak Iran and was imposed by 120 to 66 and then by 119 to 84 in view of Czech Republic. And having already shown his best face, he defeated Spain, one of the candidates, for 95 to 81 and was placed in the semifinals of the tournament. There he made an incredible comeback against Australia and ended up winning by 97 to 78, getting the first place in the final.

France, meanwhile, finished in first place in the group thanks to their victory over the Dream Team in their debut. Then they defeated Italy in the quarterfinals by 84-75 and in the semifinals they faced one of the great candidates, Slovenia, whom they managed to overcome in a tight final match by 90-89.

United States vs. France in men’s basketball: When and what time to watch the Tokyo 2020 Olympic Games live?

USA vs France in men’s basketball: Which channel broadcasts the Tokyo 2020 Olympic Games?

This match between the United States and France for men’s basketball at these Olympic Games Tokyo 2020 will be broadcast in the USA by Peacock. It can also be seen in Argentina via TyC Sports and TyC Sport Play. What’s more, in Latin America it will be seen through Marca Claro’s YouTube channel. Besides, in Europe it will be transmitted by Eurosport 2 and on the web in Eurosport Player.

USA vs France in men’s basketball: What are the predictions?

The bookmakers of the United States (FanDuel) are favorites to stay with the triumph of this men’s basketball match of the Olympics. to USES with an odds of -106, while the victory of France pays -114 with a handicap in favor of +12.5 points.