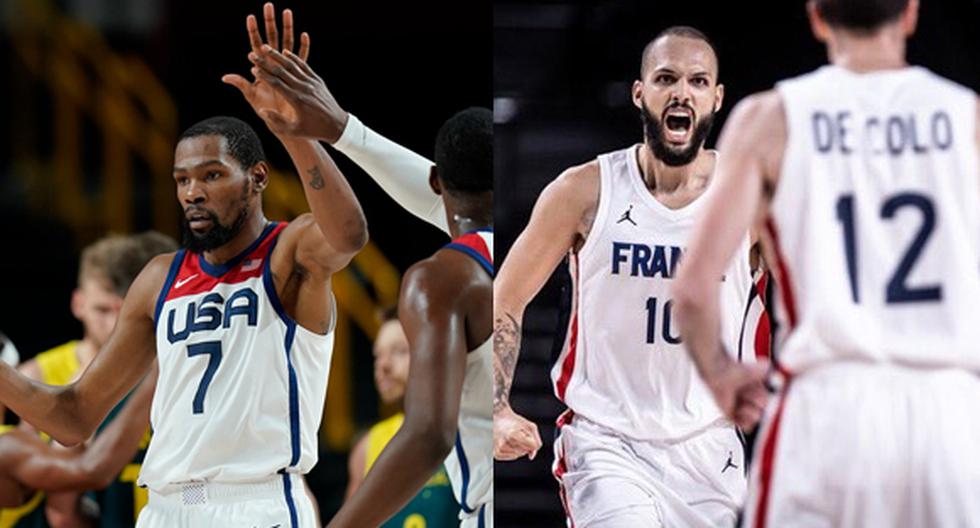 Men’s basketball in the Olympic Games Tokyo 2020 entered its final stage. After playing the semifinals, the teams that will face each other for the gold medal were ready. The United States faces France in what will also be a rematch of the group stage where they won the Europeans.

The team led by Vincent Collet is the favorite in the game against the United States. France surpassed him in the group stage, being superior from the second half according to strategy planning and execution. Evan Fournier was the offensive leader with 28 points and a fantastic second half. There was a lack of success and rhythm in Team USA, which breaks its streak of 25 consecutive victories at the Olympic Games: they have not lost in the Olympic event since 2004.

Those of Gregg Popovich finished with a scant 36.2% in shots from the field. Many failures and missed opportunities. Moments of very good – even excessive – movement of the ball without a clear purpose, and other possessions of too clear and attack in one on one. This meeting was at the beginning of the Tokyo 2020 Olympic Games, after several days an improvement is evident.

United States vs. France: timetables in the world

USA vs France: How do both teams get there?

France beat Slovenia tightly and avoided falling in the last second to become a finalist in men’s basketball at Tokyo 2020. The Europeans arrive motivated after eliminating one of the favorites to win the gold medal.

The ‘Dream Team’ of the United States also comes to this stage after eliminating Australia in the men’s basketball semifinal in Tokyo 2020. Now, they will face France in a kind of revenge of the group stage where the Europeans prevailed.

For the Europeans it will represent the opportunity to seal a great streak against Team USA. France already eliminated the North Americans in the 2019 World Cup and in the Olympic debut they took the victory. On the other hand, those of Popovoich hope to exact revenge.