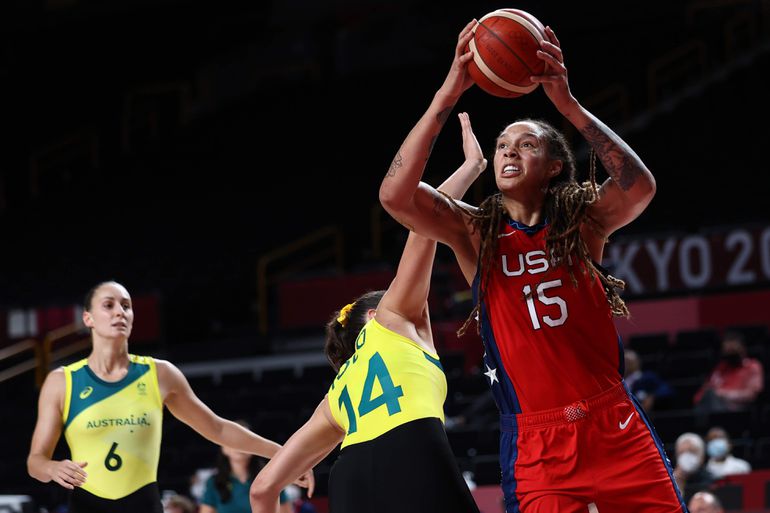 SAITAMA. Without wear and tear and distributing minutes, the United States qualified for the semifinals of the Tokyo 2020 Olympic Games defeating an Australia that was practically no rival for the powerful North American team (55-79), which the Serbian team already awaits in the fight for the olympic final.

With 12-26 of the first quarter and 27-48 of the halftime, the North American coach Dawn Staley can distribute minutes and physical loads in a team led once again by Breanna Stewart, who scored 23 points, 20 of them in the first half , and 5 rebounds, along with center Brittney Griner (15 points and 8 rebounds).

Australia, which came from qualifying in extremis, winning by 27 points of difference to Puerto Rico (96-69), just one more than it needed to be one of the best third, maintained the effort until the end, but the difference between teams It is patent and more in some ‘Opals’ without its star, Liz Cambage, absent from Tokyo 2020 for mental health reasons.

The initial basket exchange lasted until the United States put pressure on the Australians, who began to lose balls. Upon seeing the weakness of the ‘Opals’, Stewart appeared, who instantly punished with 8 points from the American 0-12 quarter (6-16, min. 4), a streak that grew until 12-26 at the end of the quarter.

Led by point guard Lellani Mitchell, her team’s top scorer at the end with 14 points. the oceanic began to find their way to the rim and to raise the game’s revolutions, but the Americans responded hand in hand with Chelsea Gray, seconded by the omnipresent Stewart, who scored 20 points in the first half alone. A’ja Wilson joined the party and the American income at halftime already exceeded two tens (27-48).

And until then the game lasted, really, because the United States gave the Australian team no more chance, always managing distances greater than 20 points, against a Saitama Super Arena in which the Serbian team watched closely their next rival in the semifinals and In which, after the break, the players of the American men’s team joined, also classified in the semifinals after defeating Spain yesterday.

With everything done, there were minutes for less common players such as guard Skylar Diggins, forward Ariel Atkins or guard Napheesa Collier, and more importantly, none of the players of the backbone of the team that Dawn Staley directs exceeded 24 minutes of play .

Incidents: second game of the quarterfinals of the women’s basketball tournament of the Tokyo 2020 Olympic Games, played at the Saitama Super Arena, without spectators due to the sanitary measures against the coronavirus pandemic.