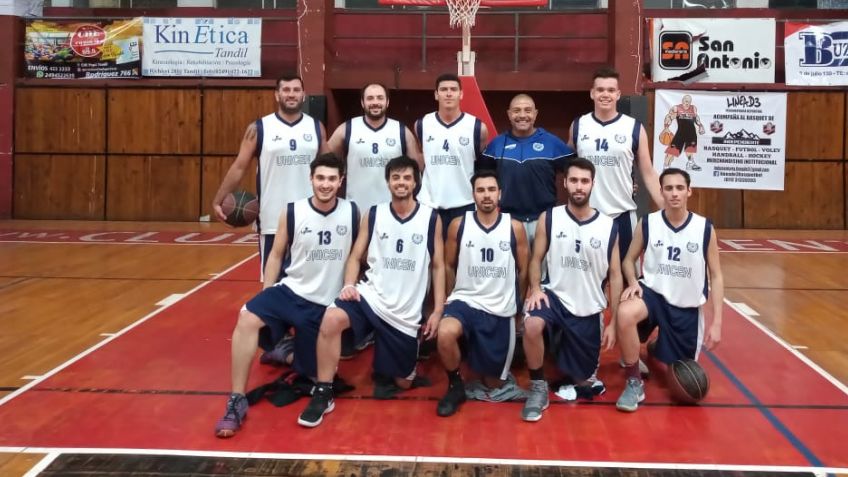 The cast of Unicén competes under the direction of the Physical Education teacher and Basketball Coach Eneba 2, Gustavo Sosa, since 2006 and after not being able to compete for the last two seasons due to having the court occupied by the vaccinations, he returns to activity .

In 2019, the “university” team was runner-up in the Apertura tournament and also in the Clausura, losing 2-0 and 2-1 with Independiente in the various finals. In addition, the federated group participated in several National University Games (Villa Carlos Paz 2005, Mar del Plata 2007, Mendoza 2011, Villa Carlos Paz 2013 -runner-up- and San Juan 2015) and the Argentine University Games (JUAR) against rivals from the area such as La Plata, Mar del Plata, Bahía Blanca, Junín and Pergamino between 2014 -where he won the regional stage and qualified for the final stage in Buenos Aires- and 2019.

On the other hand, at the University there is another basketball group that is recreational and, as of this year, mixed. It takes place on Tuesdays and Thursdays from 9:30 p.m. to 11:00 p.m. and is aimed at students such as people from outside the University, over 18 years of age. The only requirement that is demanded for any player, either from the federated (they train Monday and Wednesday from 8:30 p.m. to 10 p.m.) or from the recreational player is that they take out the sports card, to obtain the mandatory annual insurance.

In addition, every year a University Basketball League is organized, where the boys put together their mixed teams as they wish and choose an NBA team name. The league takes place throughout the year, playing the qualifying phase and playoffs until a champion is crowned.

The published comments are the sole responsibility of their authors and the consequences derived from them may be subject to legal sanctions.