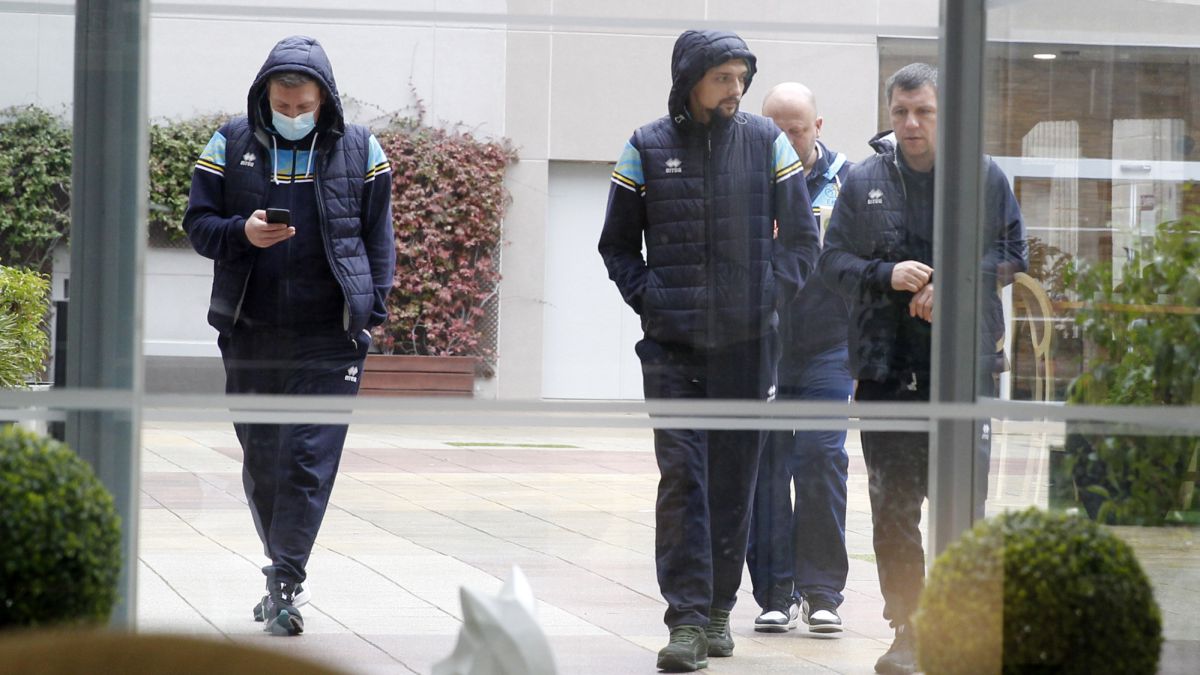 The Ukrainian basketball team who on Thursday played an emotional qualifying match against Spain for the 2023 World Cupis located in Madridwhere he arrived on Friday, waiting for the Ukrainian embassy to find a way for him to return to a country involved in a war after the invasion last Thursday of its territory by Russian troops.

Staying at the Madrid Airport Suites, less than 15 minutes from Barajas airport, the comings and goings of the members of the team yesterday morning through the corridors, elevators and patios was constant. With serious faces and eyes fixed on their mobiles, the Ukrainian players did not really want to talk about the situation in their country. “No, sorry,” was the quick and frequent response when asked. Nor did Ainars Bagatskis, the Latvian national team coach, speak. Only one member of the coaching staff took the plunge: “My family is in Kiev,” he said after apologizing for his English and very emotional.

Kiev, 3,633 kilometers from Madrid, is the epicenter of the fighting between Ukrainian and Russian troops. In the three days of conflict until yesterday, the number of victims was close to 200 and the displaced reached 150,000, according to Filippo Grandi, UN High Commissioner for Refugees. The United Nations Office for the Coordination of Humanitarian Affairs (OCHA) estimates that 18 million people in the former Soviet republic have already been affected by the explosions. 1.7 million will leave the country in the coming days.

“Seeing the situation in their country gives you goosebumps, you empathize with what their families are experiencing there and it’s a horror”, declared Jorge Garbajosa, president of the Spanish Basketball Federation, who has put all the economic and human resources of the sports organization to help the Ukrainian internationals. From the first moment, and after learning that the Slavic federation had blocked accounts, an order was given to cover their accommodation costs. In addition, the Slavic expedition was offered the possibility of finding a place for them to train, if they so required.

The invasion of Ukraine affected the Russian teams in the Euroleague. The 18 clubs in the competition agreed that CSKA, Unics and Zenit would play their home games on neutral territory. Serbia is willing to be your host. And it’s not his only problem :TOrnike Shengelia, center of CSKA, left Russia for Spain (where his family lives), after decorating his Facebook page with the Ukrainian flag. His return to the Moscow team is unknown.