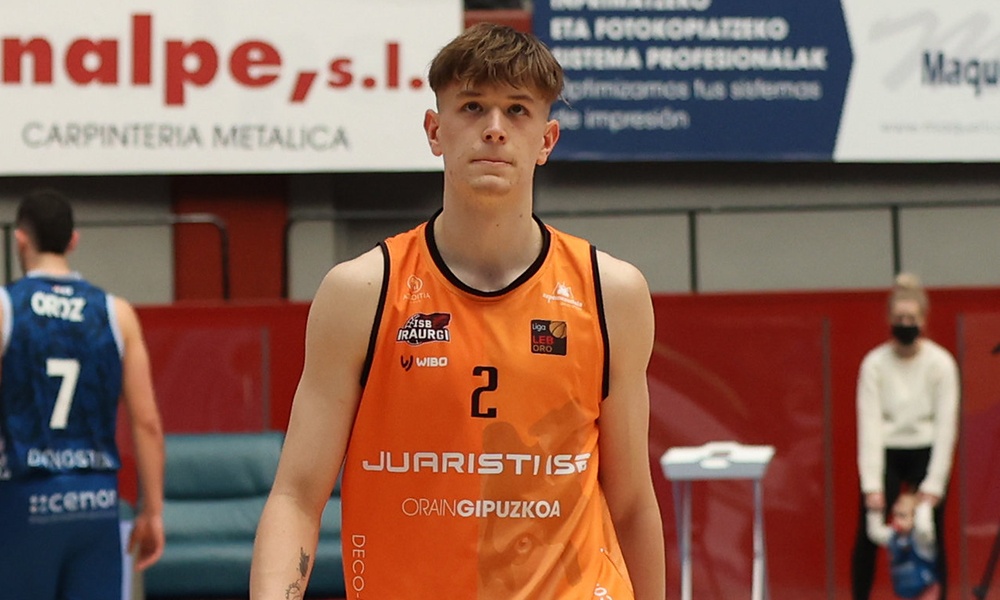 Back in August 2020 we published Gold: Role Changean article in which we talked about two types of players: those with a normal role (more than 12 minutes per match) and those with a secondary role (less than 12 minutes per game). Well, we rescued one of those two concepts (regular role) to apply it to U22 players not only from national competitions, but from other European leagues. We get into the matter.

To extract the data we have had the help of the huge database of ScoutBasketballone of the pioneering websites in the world of statistics and scoutingand that continues in the gap well above commanded by Ramón Carbonell.

We have taken advantage of the FIBA ​​windows to collect data, and up to now we have decided to make the cut at 10 games played to try to make a more reliable sample.

It must be said that we have not been checking every detail and that if a player, for example, Pavelka, has played ten games with his previous team (Palencia) he counts on the list, even if he is now in Palma. Even so, the data can be extrapolated to get an idea of ​​whether the competitions we are talking about are youth leagues.

Total we have analyzed 25 european leaguesamong which we include the Spanish competitions, as well as those of Germany, Italy, France, Portugal, Sweden and Finland, among others.

Percentage of U22 by team

The data does not lie: the minor categories are young leagues thanks to the subsidiary teams or “farm campuses”. The German ProB (3rd division) takes the cake, with an average of 4.12 U22 by team. Followed by the EBA League Spanish (4th division)with 3.75closing the podium with a first division like the EstLatBL (3.43), which brings together Estonian and Latvian teams. The LEB Silver Spanish remains one step away from the TOP3 (2.93).

The CBA Spanish goes to the lower zone (21st / 0.83), a fact that seems to be an endemic disease, spreading to the first divisions of France, Italy, Turkey and Greece, being Portugal (0.67) the red lantern

Percentage of U22 with respect to total players in the competition

Little variation in positions, with the same podium as in the previous section. In second position follows the EBA League (35.08% U22 of the total), a competition that at the time was born as a formative league and that has now led to a fourth division with multiple subgroups that is more similar to a first national of yesteryear than to a semi-professional competition, despite the good projects that there are and club efforts.

It also retains its position (4th) the LEB Silverwith a 29.08% of U22, for the enjoyment of our eyes. Furthermore, leagues such as Austria, Slovakia and Sweden have more than a fifth of their players of U22 age. The LEB Gold repeat square (15th), with a 16.67% of U22.

The trend also continues with the CBA (22nd / 7.38) and other top level European leagues.

In many European leagues, the weight of the team is carried by 6-7 players, being the last chips for young people who study or are amateurs of the locality. Once we decide to choose 12 minutes per game as the cut-off point to distinguish whether these youngsters “really play” or simply have a marginal role, we see the first differences.

In the first position remains intractable German ProB (30.87%)occupying our EBA the second (almost a third of the players -29.34%- are young players with minutes). The new data is the third place of a LEB Silver that is already demanding and competitive, and that bets for minutes for the U22 (21.28%), to the detriment of the Estonian-Latvian league (EstLatBL), which falls to fourth place (20.94%).

Another significant rise in positions is that of the Adriatic Leaguewhich from occupying tenth place in the previous section, goes to sixth in this one, being a competition in which several youngsters have significant playing time (17.93%). On the other hand, leagues such as the Swedish, Romanian and Slovak ones drop positions, which indicates that many youngsters are fillers in the squads.

The one that rises positions is the LEB Gold, which leaves fifteenth place in the previous section to go to eleventh; or what is the same: the young people that are there are a valuable part of the campuses (13.44%). While the LEBs improve positions, the ACB loses some, occupying the 23rd (4.43%) and having Italy and Turkey behind, making it clear that the Spanish top flight is not a league in which young people find a place to develop.

Sure there is some mistake, but I firmly believe that it is an interesting comparison. The ACB leaves no room for young people, the LEB Oro goes to the side of its peers from other countries and the Silver and the EBA are discovered as the true trainers of young people who are just starting out.

U22: Their role in 25 European leagues