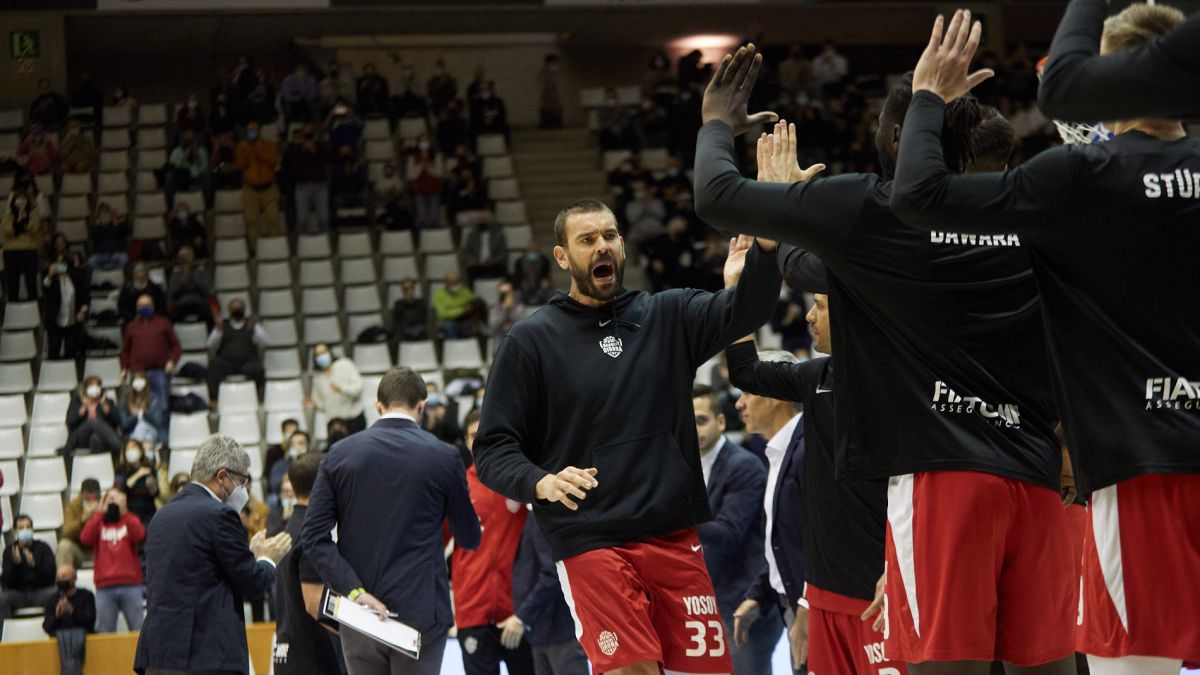 EI Movistar Estudiantes and Bàsquet Girona have become the two big claims of the LEB Oro this season. The schoolboys for their 75 years of history, 65 in the Spanish basketball elite, between the National League and the ACB, who left last year; the Catalans, by Marc Gasol (36 years old and 2.15 m), who in December came down from the box to the track to command his project, the one he founded in 2014. Two Spanish basketball totems that measure their strength this Sunday at the WiZink Center (12:00 p.m., Movistar+ and LaLigaSportsTV), the Palacio de Deportes when Marc, aged 23, played his last match against the schoolboys in March 2007.

He won (74-82), as in four of the five occasions in which he faced Estu with the shirt of the disappeared Akasvayu Girona, club that gave him the real alternative in the elite. From there to heaven, with the NBA surrendered at his feet for 13 seasons: championship ring in Toronto, three All Star Game, best defender of the year … “It is a city that sheltered me in difficult times, when I began my career at the age of 21.“, This is how Sant Boi defined his relationship with his adopted home in the SER.

The impact of Marc Gasol

“The impact that Marc has is great, personally and in what he can contribute,” says Jota Cuspinera, coach of Estudiantes, about the former Spanish international, who has completely turned around Girona’s sock. Until his arrival, the team was shipwrecked at the bottom of the table (15th) with only two wins in nine games, a balance that took coach Carles Marco ahead and boosted Jordi Sargatal. With Marc, three wins in a row with an overwhelming authority individually: 17.3 points and 11.7 rebounds for a PIR of 30.7 in 25 minutes on average. And also in the collective: the victories have been by a margin of 24.7 points.

And against the titan, Estu, the fallen giant, the great contender for promotion by squad and the dominator of the competition until the coronavirus hit the LEB. Ramireños and Girona have not played since December 17, when the COVID outbreaks emerged in most clubs. Almost a month of inactivity that has allowed Movistar to rearm with the arrival of Kevin Larsen to replace Darrel Poirier (Achilles tendon). The Danish pivot (28 years old and 2.08 m), a specialist in promotions with two (Bilbao and Breogán) in three courses, could debut this Sunday. Argentine point guard Lucas Faggiano will be the only local casualty for a duel that will feature 50 accredited journalists and the best entry of the season, which was already above 7,000 spectators. And, in addition, with a duel between world champions: Gasol himself and Javier Beiran.

“In addition (Marc), those who accompany him have taken a step forward“, Cuspinera praises his rival, a very national team, with a high level in the point guard position with Albert Sàbat and Josep Franch, and a luxury reinforcement like Máximo Fjellerup. Duel of giants in Madrid 14 years later.