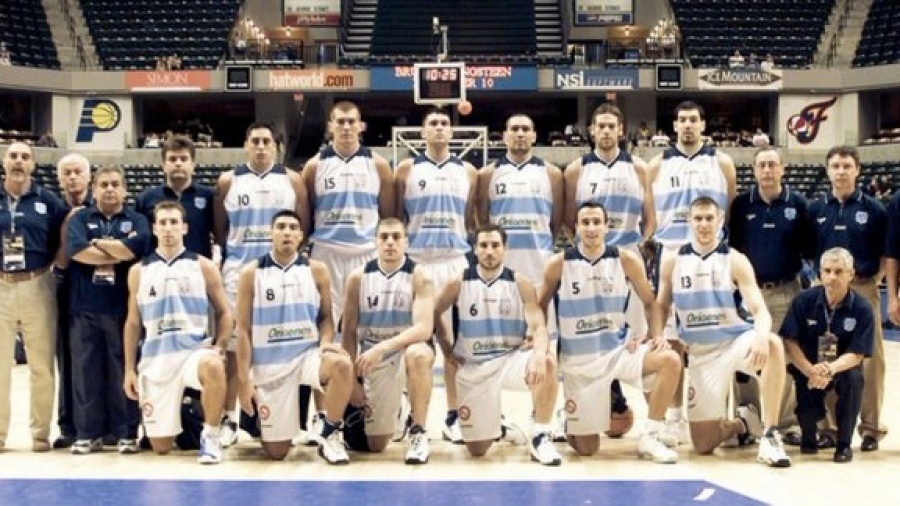 The so-called Golden Generation of Argentine basketball starred two decades ago in a milestone that became a symbol, when the team led by Rubén Magnano won and cut an undefeated 58 games against the renowned ‘Dream Team’ of the United States, with all its members. of the NBA.

It happened on September 4, 2002 at the Conseco Fieldhouse stadium in the city of Indianapolis, for the sixth day of the Basketball World Cup. The Argentine national team cemented its claim as a candidate by beating the local quintet, by a historic 87-80.

Since the Barcelona 1992 Olympic Games, USA Basketball had made the decision to include professional players in the various international competitions and dispense with the services of the always talented university values.

Thus, the NBA core that put together the different American teams became insurmountable for any adversary. In some cases, the differences in the scoreboard reached the edge of scandal.

Argentina was in a real process of construction. With Magnano from Cordoba as DT, he had already shown his potential a year earlier, in August 2001, when he won the Neuquén Pre-World Cup undefeated (10-0).

Emanuel Ginóbili, from Bahia, had already established himself as something more than a promise of Argentine basketball and had secured his entry to the San Antonio Spurs, who had chosen him for the NBA, after two wonderful seasons in the Italian Kinder Bologna (2000-2002). ).

There were also young figures who were emerging such as Luis Scola, Andrés Nocioni, Fabricio Oberto and Juan Ignacio ‘Pepe’ Sánchez, who was the only representative of the NBA philosophy, if you will, after having reached the best basketball universe, coming from the Temple University.

A possible defeat against the North American Dream Team would leave Magnano’s team in second place in group F and would have led to Yugoslavia (current world champion) being the rival in the quarterfinals. Nothing advisable.

“It was the game (against the USA) that you could let go. Because we had the peace of mind that everyone lost with them. But from the coaching staff we prepare it to win it”, said Sánchez from Bahia, one of those in charge of giving fluidity to the game in that Argentine cast that went down in history.

“Rubén (Magnano) knew perfectly well what each one of us could give. We reached such a high level that we looked like the best Serbia of any time in FIBA ​​basketball”, the former Philadelphia Sixers, Detroit Pistons and Atlanta Hawks player later compared to the ESPN microphones.

The coach himself recounted the way in which he influenced his players to assume the commitment as a final: “Ours was to give the group the necessary confidence so that they played as equals,” said the current coach of the Uruguayan team.

“We were aware of who we were going to play against. We were only focused on trying to compete hand in hand” added the 67-year-old Cordovan strategist.

“One expected a light talk, but I saw that the coach told each of us how we should mark the rivals, in what sector of the field. That’s when we realized that we were preparing the game to win it,” confessed Leandro Palladino, 46, from Entre Ríos.

The Argentine team started the game and showed their attributes: aggressive defense, intensity to attack and run the field with determination. This is how they surprised the lofty rival, to such an extent that at the end of the first quarter they won 34-21.

In the second segment, the arrivals of Scola and Nocioni gave the team a necessary renovation and, at a certain moment, the scoreboard in the Conseco Fieldhouse revealed the blow: Argentina 52-USA 32.

“We got a difference of 20 from them and I said to myself: when are these guys going to react?” evoked ‘Chapu’ Nocioni. The closing of the first period ended with a difference of 16 points (53-37) in favor of the Albicelestes.

The second time was different. The local team adjusted pieces and sought to reverse history with greater aggressiveness in the brand.

“They started to rush us a lot and we got frustrated. It was logical that they traced back the result”, considered Ginóbili, who was the Argentine scorer that night with 15 points.

However, the South American team never lost control or calm and the advantage fluctuated between 8 and 12 points.

“Being 10 points up, with 2 minutes to go, I still thought the US could win it. That is what they represent in the universe of world basketball, an invincible team”, recalled ‘Pepe’ Sánchez (45), currently in charge of leading the Bahía Basket club in the Argentine League.

“America has never been comfortable. That was our greatest merit. We wore them down and we ended up beating them fairly,” said Oberto (47), from Cordoba, later a member of the San Antonio Spurs, Washington Wizards and Portland Trail Blazers.

The triumph represented for the Argentine team having granted the greatest basketball blow in history, but the team had sworn to go to the end.

“At 24 hours we had to play against Brazil in the quarterfinals. We celebrated for an hour and we already put our heads on what was to come, ”said Nocioni, from Santa Fe.

“I remember that I told them: ‘We are entering history, now let’s go for glory’”, said Magnano regarding a talk he had with the players, after the resounding victory.

Undoubtedly, the image that most of the members of the team still have in their retinas is the moment of entering the hotel where they were staying in Indianapolis and the rest of the delegations applauding them and greeting them for the victory.

“We had achieved what everyone wanted: beat the unbeatable NBA players. Peer respect is always important for any athlete. It helps to value what has been achieved”, remarked Ginóbili (45).

The following is the statistical summary of the victory of the Argentine basketball team over its pair from the United States by 87-80, which will be 20 years old tomorrow, in the 2002 Indianapolis World Cup

The triumph of the team led by DT Rubén Magnano cut an unbeaten record of 58 games for that NBA team that had begun to regularly participate in official international competitions, starting with the 1992 Barcelona Olympic Games