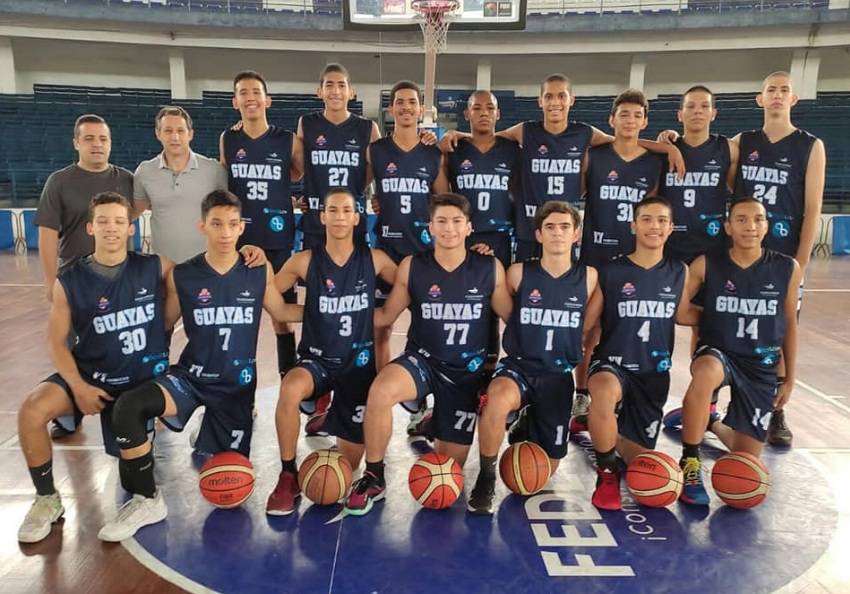 In the first phase of the finals, Floresta Guayas fell 34-35 to Monsters; and in the second, he lost 46-56 to Pirata de Los Lagos. He will contest the third place.

Completed the first and second phase of the hexagonal of the National Basketball League, category sub-17 men, the teams Piratas de Los Lagos, from Imbabura, and Ambato Soldiers, from Tungurahua, will contest the title of the competition. Floresta Guayas, from Guayas, lost both of his matches and as the first best loser will fight for third place in the competition against Monsters, from Pichincha.

After the phase was played in the three groups and in nine cities, during nine dates, six teams qualified — two for each series — at the final stages of the tournament, which is organized by the Ecuadorian Basketball Federation.

To search for the national title, they accessed the last stage of the contest:

The last stage of the tournament takes place at the Voltaire Paladines Polo Coliseum, in Guayaquil, and the scores for the first part of the matches were:

For the second part there was a cross between winners and the best losers, leaving the markers as follows:

Orense Sporting Club, with 19 points from Darwin Palacios, 12 from Luis Guzmán and 12 from Eduardo Palacios, plus 7 from Freddy Pastor and 2 from Carlos Oviedo, Elías Piedra and Pedro Carreño, 68-62 was imposed on Santa María, who had as his best scorer Jaime Palacios, who converted 25 points in his personal account.

For its part, Pirates of the Lakes obtained the victory 56-46 against Floresta Guayas. They contributed Janer Arcila (16 points), Francisco Argotti (10), Emerson Ubidia (10), Dany Caicedo (8), Rommel Cevallos (8), Carlos Maldonado (4); while the albiceleste painting had in Diego Morán to his best scorer, when achieving 13 units.

In another of the second phase matches, Ambato Soldiers, in a fought duel, defeated Monsters 59-57. For the Tungurahua team they converted Tyler Quintero (12 points), Geovanny Filian Ríos (11), Paúl Silvinta (10), Carlos Hurtado (10), Anthony Mendieta (7), Juan Cepeda (7) and Andrés Acosta (2); while in the gold and scarlet representation Kenny Recalde became the best player, by contributing with 19 points.

With the results achieved, Floresta Guayas agreed to contest third place of the tournament against Monsters, a team that already defeated him in the first phase of this defining stage.

For their part, the quintets of Pirata de Los Lagos and Ambato Soldiers will compete for the crown. (D)