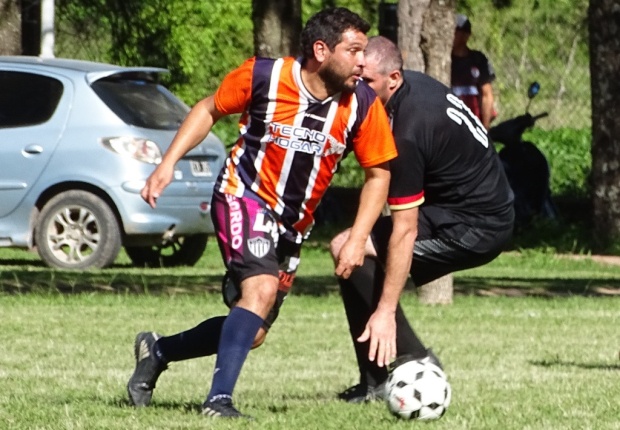 On Saturday April 9 at the Yacht Club in Puerto Reconquista. The test will be in the Sprint mode (1K swimming, 20K cycling and 5K running) and will start at 2:00 p.m.

On Saturday, April 9, at the Club Regatas de Santa Fe; will be held on Tournament “Green and Gold”. The swimmers representing the Club Atlético Adelante Reconquista will participate, led by Prof. Verónica Codazzi, Juan José Castañeda, Franco De Greeff and Amanda De Greeff. There will be 17 institutions and more than 300 competitors in action. Controls the Santa Fe Swimming Federation.

On Saturday, April 2, at the Truckers Sports Center Field; will be carried out Semifinals of the Municipal Senior Soccer Tournament Cup “Reconquest, 150 years of foundation” organized by the Undersecretary of Sports.

On Saturday, April 9, at the “El Gigante del Bulevar” Stadium of Club Platense Porvenir, the Quarterfinals of the Municipal Basketball Tournament Cup “Reconquest, 150 years of foundation” Master Categoryorganized by the Undersecretary of Sports.

At the “Roberto Mouras” racetrack in La Plata; the young pilot from reconquest Gaspar Chansard will be present at the 5th date of the Championship on Sunday April 10. The 18-lap final will be at 12:50 pm, but from Friday there will be free practice all day, the same as on Saturday morning, while the qualifying tests will take place in the afternoon. Before the final, on Sunday from 09:00 hours, will be the series. Television Public TV.

On Saturday, April 9, 2022, at the Club Atlético Adelante Reconquista Stadium; will develop the Second date of the Santafesina Rugby Union Development Tournament.

It will be at 3:00 p.m. with the match between Atlético Adelante vs. Crown Rugby Club.

On Saturday 9 and Sunday 10 April; will develop the First date of the Championship at the Federal Shooting Range of Santa Fe. Representatives of the Athletic Club and Tiro Reconquista will be present, in the modality of compressed air rifle, 22lr carbine, 22lr Olympic carbine, compressed air pistol and 22lr; in Categories children, cadets, senior and veterans for ladies and gentlemen.

Triathlon, swimming tournaments, senior soccer, basketball, tennis, shooting, rugby; and there will also be motor racing to enjoy from home