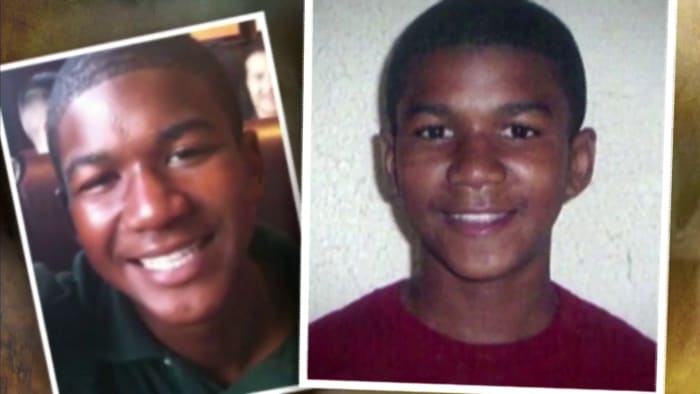 MIAMI GARDENS, Fla. – “It was a light drizzle. I will never forget the day.”

A decade later, Tracy Martin still remembers February 26, 2012 like it was yesterday.

It has been ten years since the death of Trayvon Martin, a Miami Gardens teenager who was shot and killed by a neighborhood watch captain in Sanford.

His father, Tracy Martin, recounted that Sunday night 10 years ago when his life changed.

He said the night his 17-year-old son was shot, he was out to dinner with a friend and his now-wife, then-girlfriend, Brandy Green.

Trayvon, meanwhile, had gone to a movie and then told his father he was going to order pizza and go to the store a mile away.

Tracy says that he and Green came home late and thought Trayvon was there. It wasn’t until Green woke up around 1 am that he realized Trayvon wasn’t there.

Trayvon’s phone went to voicemail and his cousin, who had been with him that night, said he hadn’t heard from him since he left.

“We called the hospital,” Martin said. “No one had been admitted to local hospitals under Travyon Martin.”

After making several calls to no avail, he called the police to file a missing person report. Hours later, the Major Crimes Unit came over and asked to come to the house and speak with him.

“It started to take shape. Something happened. Something wasn’t right,” Martin said.

Three detectives, along with a member of the clergy, arrived at the door.

Detectives then sat down with Tracy and asked her questions like the last time she saw Trayvon.

“In his folder, he pulled out and said, ‘I’m going to show you a picture and you tell me, is this your son?’” Martin recalled. “So he took out the picture and that was the picture of him lying on the ground dead.”

For him, it was incredible.

“I was in denial,” Martin said. “This is my son, and the last conversation we had was actually I know I love him and he loved me and now I’m looking at a still picture of his lifeless body on the ground.”

“My world had come crashing down from the bottom,” Martin said.

Just a year later, Trayvon Martin’s killer, George Zimmerman, was acquitted by a jury in 2013. He said the confrontation between him and Trayvon escalated and the shooting was self-defense. The jury agreed. Just a month ago, a $100 million defamation lawsuit filed by Zimmerman in 2019 was dismissed in Leon County.

What happened in the time since that night changed Martin’s life and the life of Trayvon’s mother, Sybrina Fulton.

Fulton and Martin began mobilizing for justice and, after his death, spawned the beginnings of the Black Lives Matter movement.

The same year as Trayvon’s death, Fulton started a foundation in his name to support parents who have lost children to gun violence.

“I try to encourage them,” Fulton said. “I try to lift them. I try to tell them that a brighter day is coming.”

Brighter days, is what Fulton says has happened in the years since. The officers involved in the 2020 death of George Floyd have been charged and convicted. The men who hunted down and killed Ahmaud Arbery were also arrested and later sentenced.

Every year, his foundation organizes a walk for peace in Miami Gardens with hundreds of attendees.

“My son rests in power,” Fulton told the crowd in early February. “My son is the voice and sometimes the face of so many other Trayvon Martins you don’t know.”

As his parents reflect on that night that changed their lives, they both think about who Trayvon would have been. This year he would have turned 27. His father said that he dreamed of a career in aviation.

“I still have his flight suit and everything,” Martin said.

Fulton said he may have been married with children. She noticed that she loved children.