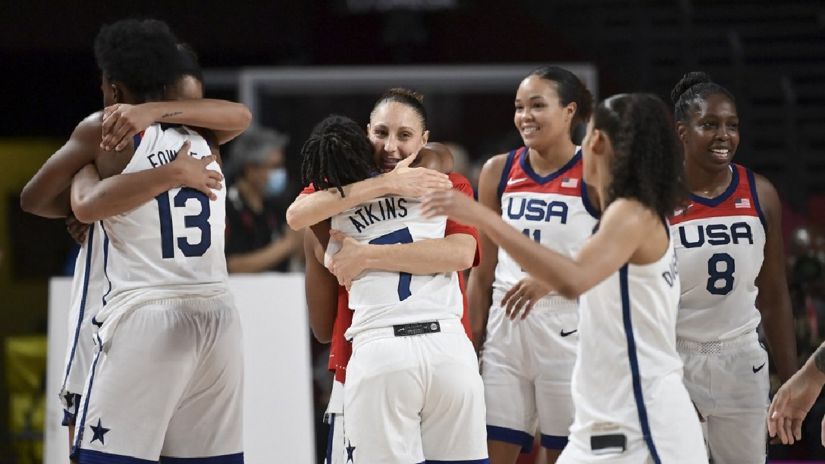 The American basketball players, led by Britney Griner and A’ja Wilson, were proclaimed Olympic champions for the seventh time in a row, beating the Japanese 90-75 in the final of the Olympic Games Tokyo 2020, this Sunday in Saitama.

This gold is the ninth won by ‘Team USA’ in eleven appearances in the Olympic Games. Also the fifth, in a personal capacity, for Sue Bird and Diana Taurasi, 40 and 39 years old respectively.

The United States has been undefeated in official women’s basketball competitions since September 2006 and now has 55 consecutive victories in Olympic Games matches. An exceptional streak that began in Barcelona-1992, with the duel won to then hang the bronze.

In the final, the United States, as expected, imposed its superiority and logic against the surprising Japanese players, who had eliminated Belgium in the quarter-finals and France in the semifinals, bringing a new air to the landscape of women’s basketball.

The final was followed in the stands by the soccer player Megan Rapinoe, bronze in Tokyo-2020 with the American team and Sue Bird’s partner.

On Saturday, the United States had achieved gold in men’s basketball by defeating France 87-82.

(With information from AFP)

If I am vaccinated or vaccinated against covid-19, can I catch it and spread it to other people?