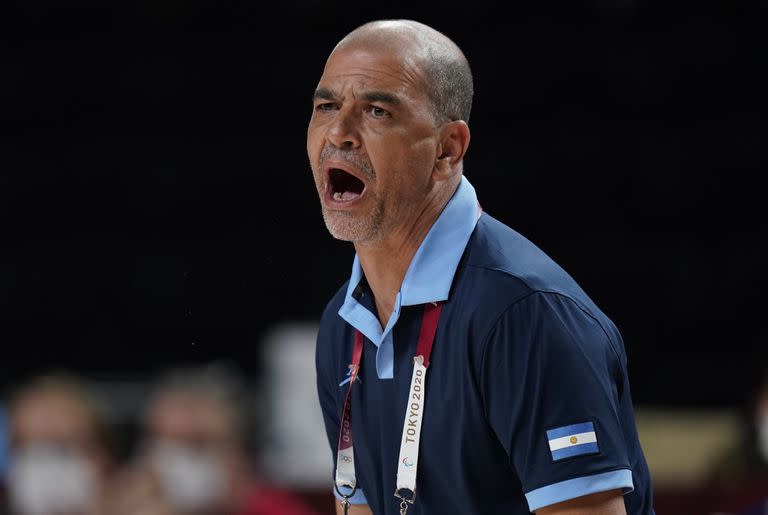 TOKYO.- Reverence and basketball surrender to the hierarchy of Luka Doncic. “For me, and I said it two years ago, he is the best player in the world, including the NBA. If I was in doubt, I took it off. It is an honor to play against him, although we wanted to win against him ”, admitted DT Sergio Hernández, after the resounding defeat of the national team against Slovenia by 118-100, in the debut of the Olympic Games. The frustration with the current European champion generated a trap, because Argentina is practically forced now to beat Spain, the champion of the world. This decisive-looking cross will be played next Thursday, from 9 o’clock in our country.

Live. The medal table of the Tokyo 2020 Olympic Games

After being one of the five who tried unsuccessfully to contain the scoring voracity of the Dallas Mavericks star (48 points), Facundo Campazzo was projected towards the duel against the Iberians: “It is to turn the page, be attentive to the mistakes we made and put our energy into what is coming, which will demand one hundred percent both physically and mentally. It’s going to be as tactical as possible and for that we have to get our game back from minute zero. “

Luis Scola with the ball, could not make his experience against Slovenia (Santiago Filipuzzi /)

How much does a defeat of this caliber impact on the soul? Hernández believes that the emotional part is unshakable: “This is a very strong team at the head, very united. It is a group of people who have played together for many years and we have always been mentally strong. If this team loses, it will never be a matter of spirit, attitude or commitment. It will only be because someone dominates us playing. Slovenia beat us with a basketball of the highest level ”.

This first blow forces us to review what happened to the national team in the most recent Olympic Games. Beyond being a different team, without the variety of resources of the Golden Generation, the current situation is not comparable with the Argentine falls in other first Olympic stages. Mainly because it is not a group of six teams -five games-, which led to recovery, but there are only three games.

In Athens 2004, after the historic triumph over Serbia, with the popcorn of Manu Ginobili, the team lost on the second date to Spain. They recovered with victories over China and New Zealand and closed the group with another defeat, against Italy, but which did not define positions. In fact, in the final they took their revenge against the Italians in a very simple success. Four years later, in Beijing 2008, Argentina debuted with a loss to Lithuania, but then got back on track by beating Croatia, Australia, Russia and Iran. And just like in Athens, he retaliated in the bronze medal match with a win over the Lithuanians.

The current situation in Argentina is a bit more complex. On the one hand, he had a short preparation and few friendlies, which did not allow him to arrive with the usual filming. On the other, he was unlucky with the draw. Because if his first rival had been Japan, more accessible, he would have added more development to his game before the decisive duels.

But now, after a very bulky defeat to Slovenia, she is almost forced to beat Spain, the champion of the world. The difference of so many would make it very difficult to aspire to third place, for which, in addition, it must beat Japan in the closing of the group. A difficult scenario, agitated by the ghost of Doncic and his 48 points.