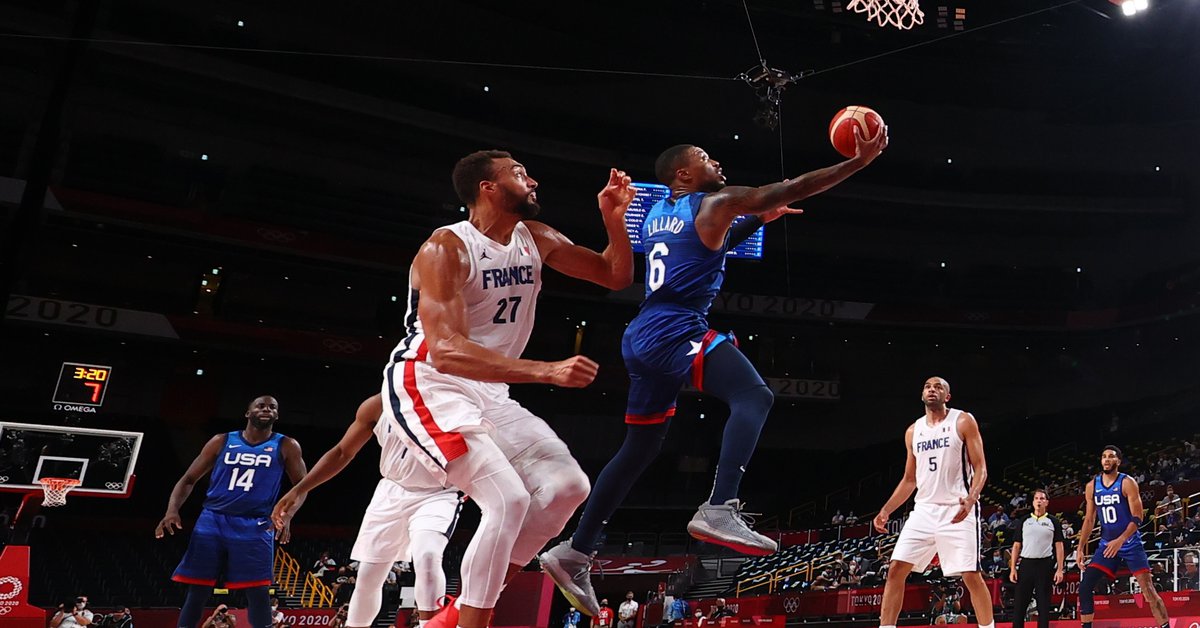 The United States will seek to retaliate for the defeat that France gave it at the start of the tournament, while the Europeans will try to repeat and dethrone them (Photo: Brian Snyder / Reuters)

The battle for the gold medal in men’s basketball is yet to come. On the one hand the champion and “rival to beat”, the United States, on the other, a French generation that you can boast that you already defeated this team in the knockout round. The odds continue to put the Americans as favorites, however, if there is anyone who can stop them, it is the Gauls.

In the confrontation it will be the second that both teams have played in these Olympic Games. The first of them was the opening game for both and France took him 83-76, thus leaving his hand on the table as a rival who would contend for a medal.

The second and defining game will be for the gold and silver medal: they will be measured in the Saitama Super Arena on August 6 at 9:30 p.m. Mexico time. For its part, the United States has just eliminated a surprise Australia (97-78) that got rid of Argentina, a team that has been a contender since its title in Athens 2004. In the case of the Gauls, they were in charge of dramatically defeating the Slovenia led by the young star, Luka Doncic.

The United States comes as the favorite as the defending champion since Beijing 2008 (Photo: Brian Snyder / Reuters)

The US team does not have the best players available, that is a reality. Absences like that of LeBron James, Steph Curry, Anthony Davis or James Harden evidently suggests that it is not the best team available, although, the great roster that arrived at Tokyo 2020 is still the most dominant in the tournament, so that cannot be a justification for not repeat the gold medal for fourth consecutive edition.

As time progresses, basketball becomes popular, which is why the competitions are becoming more and more closed. That undisputed dominance of Dream team of Barcelona 92 or the selection of Atlanta 96 It is something that does not come so easily anymore; Just look at the games in preparation for the United States for these Olympics: two defeats, one against Nigeria and one against Australia.

France, from its first coup of authority after beating the favorites and staying with the lgroup A iderat, has had a rise that generates positive expectations for Europeans. So far they are undefeated in the tournament, they beat the USA, the Czech Republic and Iran in the group stage; In the quarterfinals they faced Italy and overcame, and for the semifinals they triumphed against a surprise Slovenia.

Hand in hand with NBA stars, the whole blue has proven to be convincing and forceful: Rudy Gobert, (defensive player of the year), Nicolas Batum of the Los Angeles Clippers and Evan Fournier of the New York Knicks, have shown be those pillars that can give France its first Olympic gold medal in basketball.

The French can make history and consecrate themselves if they snatch the gold from the acclaimed Dream Team (Photo: Brian Snyder / Reuters)

For France’s performance to be consummated as a complete feat, it must face the most complicated scenario: beat the historically most dominant squad in the discipline. They have capabilities, but also the best rivals on the planet.

In contrast, the United States cannot afford to lose the gold medal, anything other than that, against anyone, will be considered a failure for the Americans. From the hand of Kevin Durant, Bam Adebayo, Jayson Tatum, the task of bringing that medal home does not seem “complicated”, but it will not be easy either. Despite not being undefeated and losing for the first time since Athens 2004, they later showed solidity and beat both Iran (120-66) and Czech Republic (119-84) in the preliminaries. In quarter finals They had to face perhaps the second favorite team, Spain, but they managed to advance (95-81); already in semifinals they got rid of Australia (97-78).

Both have an appointment with history, some to continue with a legacy, and others to begin with theirs.

Jayson Tatum, from Missouri to the US basketball team in Tokyo 2020
Kevin Durant: what is the trajectory of the current leader of the Dream Team
Cuban boxer Julio César La Cruz won gold in the heavyweight category at Tokyo 2020