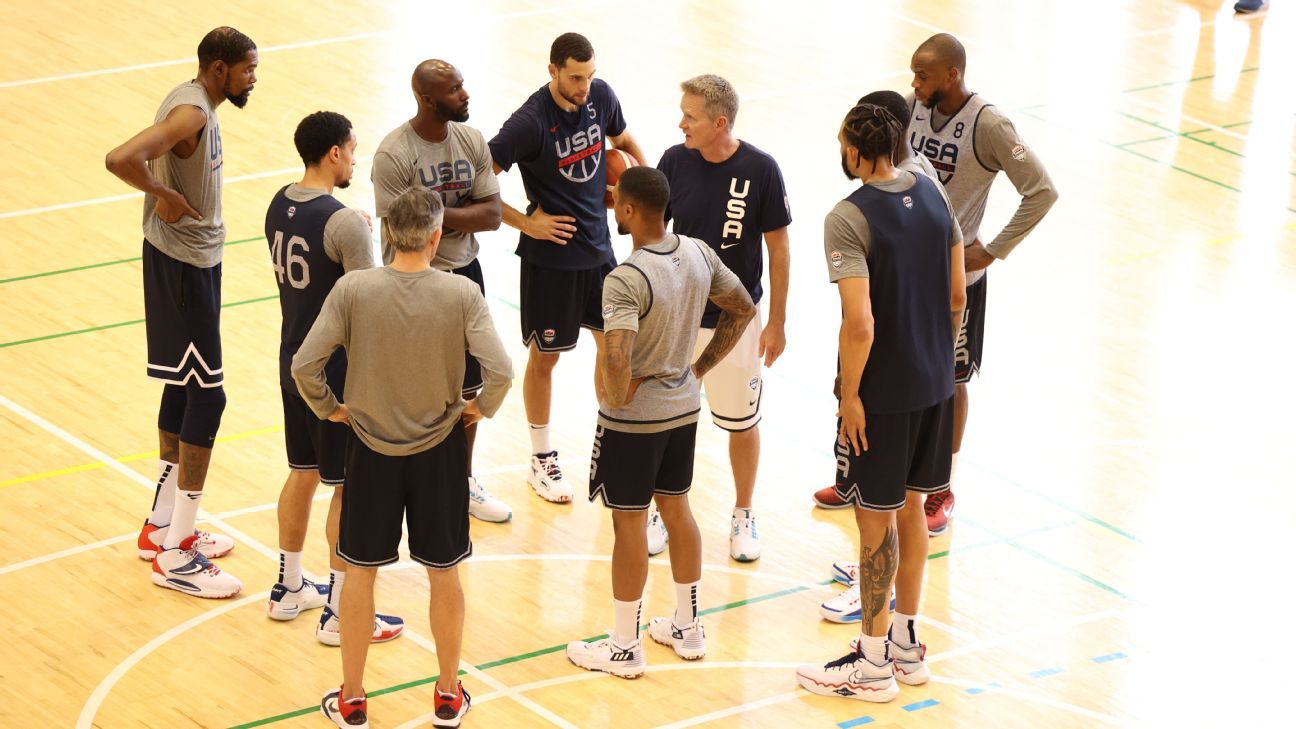 Is the United States men’s basketball team imitating the same performance they signed at the 2004 Athens Olympics by winning the bronze medal?

Heading into the United States’ second game at the Olympics against Iran, fans of the ‘Stars and Stripes’ team remain stunned by the 83-76 loss to France in Sunday’s opening game in Tokyo. and that was the first setback for the United States in an Olympic competition since 2004, when the defeat to the eventual gold medalist Argentina in the semifinals condemned the North American team to the bronze medal. As happened 17 years ago, the United States lost some pre-Olympic games and lost in its first game at the Olympic tournament.

The United States basketball team responded to the disappointment of 2004 by putting together a stronger program with Mike Krzyzewski that led to the Americans winning gold medals at the 2008, 2012 and 2016 Olympics. That streak of gold medals is it destined to end after the loss to France? Let’s compare what happened in Athens 2004 and what is happening in Tokyo 2020.

Although 2004 was the first time that the United States team with NBA players failed to win the gold medal at the Olympics, a United States professional team had previously lost at home the 2002 FIBA ​​World Championship in Indianapolis, 6-3 and finishing sixth after falling in the quarterfinals to Yugoslavia.

For 2019, at the FIBA ​​World Cup, the United States’ results in China were similar: a quarter-final loss to France and they finished in seventh place.

Initially, ‘Team USA’ recovered from the disappointment of 2002 after qualifying for the Olympic Games through the FIBA ​​Tournament of the Americas, now known as AmeriCup – the United States assembled a squad with five members of the NBA highlighting the presence by Ray Allen and Vince Carter. That group crushed Argentina 106-73 in the final to win the tournament. The United States seemed to have regained its place at the top of world basketball.

For the Athens Olympics, the US squad was much younger. Only three players from the 2003 Tournament of the Americas squad returned while stars like Allen, Carter, Kidd and Tracy McGrady, deciding not to participate. Instead, The United States included youngsters like Carmelo Anthony, LeBron James and Dwyane Wade, so the group stood out for its lack of experience in including six players aged 22 and under.

As was the case this summer, the 2004 United States team was not without its core talent. Tim Duncan and Allen Iverson, who together had won three of the four NBA MVP Awards, topped the list. But they were the only two Olympians who had been All-Stars during the 2003-04 campaign. Taken together, the 2004 group’s production from the previous season in terms of wins above replacement player metric (WARP) paled the US charts before and after – until now.

Surprisingly, this year’s US roster features just two players who produced at least 10 WARPs during the 2020-21 regular season: Damian Lillard (14.8) and Jayson Tatum (10.1). Bradley Beal (11.0) would have been third had he not been forced to retire due to sanitary protocols, while Kevin Durant missed the mark with injuries that limited him to 35 games. Still, even the 2004 roster had four of those players: Duncan, Stephon Marbury, Shawn Marion and Lamar Odom. Meanwhile, this year’s late replacements for Team USA, Keldon Johnson and JaVale McGee, produced less WARP than anyone on the 2004 roster.

The lack of continuity is another point of comparison between the 2004 and 2021 rosters. Both teams had eight players who were considered for the United States team for the first time for international competition.

Team USA’s loss on Sunday was preceded by a pair of exhibition match losses in Las Vegas, first with a 90-87 loss on July 10 to Nigeria and then with a 91-83 loss to Australia. two days later. As in 2004, when the United States team suffered its first loss to NBA players in an exhibition against Italy in Germany, it was easy to excuse those performances.

In both cases, the results in the exhibition engagements proved to be revealing once the Olympics began. The same thing happened in 2019, when the United States lost in Australia in the run-up to the World Cup. Although the games themselves might matter little, certainly the exhibition duels can serve to predict what will happen.

Will the story end the same?

As maligned as the 2004 Olympic team, the American team achieved some good results. The United States gave Spain their only defeat in Athens, eliminating the top seed from Group A in the quarterfinals. And after losing to Argentina in the semi-finals, the North American team rallied to beat Lithuania, who had beaten the Americans in the group stage.

But nevertheless, the ‘Team USA’ with NBA players are evaluated on a scale of pass and fail, with the gold medal being the only satisfactory result. It should be remembered that during the preparation duels, the United States signed an important 83-76 victory over Spain to conclude the exhibition game in Las Vegas and showed that the American squad can beat any rival things are going well.

However, winning gold in Tokyo might not be the best thing for the future of American basketball. After years of less talented squads at the World Cup and Olympics, it seems the time has come for the United States to restart the program as it did with Krzyzewski and Jerry Colangelo between 2004 and 2008. The United States would do well to pursue that path. .