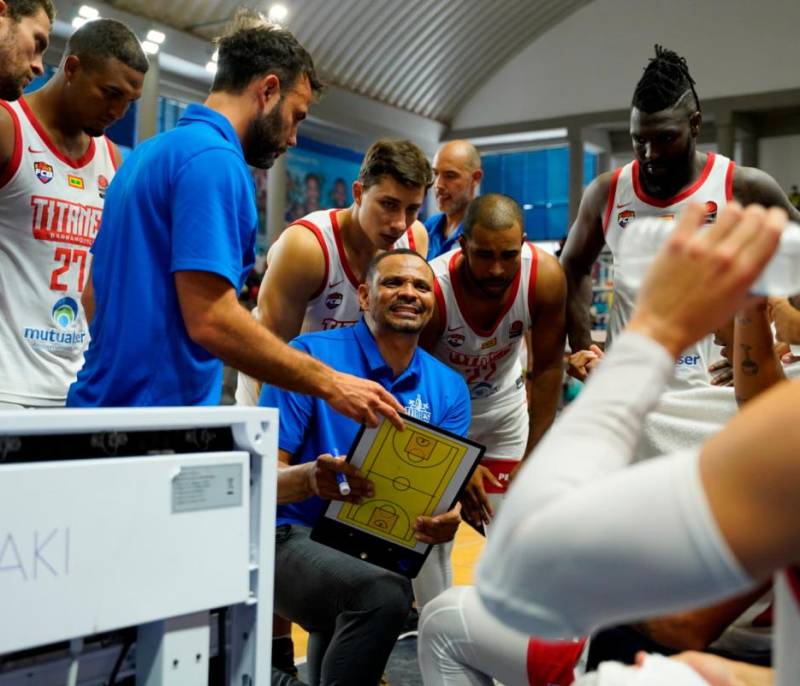 Tomás Díaz, from Cartagena, the conductor of Titanes de Barranquilla, did it again for the fifth time in a row.

Yes sirs. Titanes continues to be the king of the Colombian Professional Basketball League by defeating Cimarrones de Chocó 100-90 in the fifth and final game of the final.

Again, Bolivarian strategist Tomás Díaz had his way and has already become the most winning coach in this league with eight titles: five with Titanes, one with Piratas de Bogotá, one with Bambuqueros de Villavicencio and one with Águilas de Tunja.

In this edition, Titanes de Barranquilla was not the sweeping team of the previous semester when they won the tournament undefeated. This time it was a more earthly team, which suffered defeats and which many came to question whether it would be crowned again.

The triumph of Titanes was conceived from the first quarters after taking advantage of the low level of the Chocoanos who were in an offensive lethargy and who could only get out of it in the final quarters.

Half time ended 54-32 in favor of the curramberos.

In the third quarter, a Cimarrones was seen with a different attitude and that was when he began to discount on the board, putting the game very dramatic.

The last quarter started 70-63, with only seven points of advantage, and with the pressure now on the backs of the Titans, who cannot close the game.

There is no worse wedge than that of the same suit, a triple by the Barranquilla point guard Romario Roque, from Cimarrones, put the game 79-75 to add a dramatic tint to the challenge.

However, the Santander escort Hansel Atencia, from Titanes, converted two triples that extinguished the flame of Cimarrones.

The game ended 100-90 and Titanes celebrated their fifth consecutive title, a true feat in Colombian sports.

Tomás Díaz became the country’s basketball chess player. He has set a very high bar, very difficult to match. (Read here: Tomás Díaz, with the philosophy of the winning strategist).

Titanes is still the ‘king’ of Colombian professional basketball