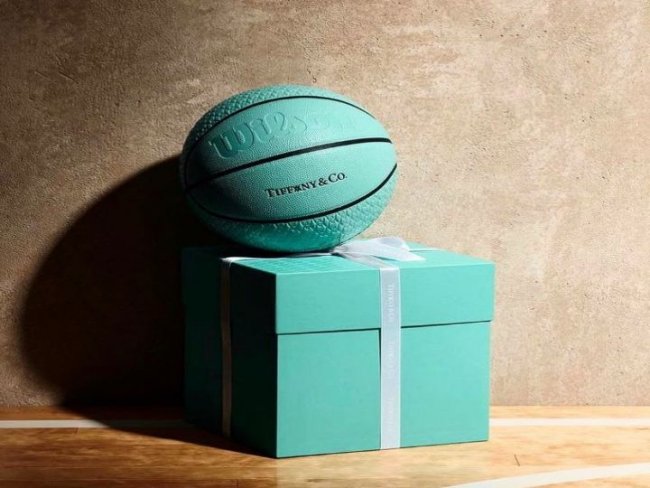 This is the second time that this artist collaborates with this luxurious brand and this time it was for the reason of the pop-up store created in conjunction with the basketball team of the Cleveland Cavaliers and the StockX Factory website that specializes in reselling sneakers.

The brand and the artist made this collaboration by creating a Wilson brand basketball in the company’s iconic blue color and textured with Daniel Arsham’s monogram “A” and the letter “C” representing the team. Cavaliers.

The installation of this work of art will be located in a half basketball court where people they can play and have fun.

This exhibition will open on Friday during the weekend NBA All-Star.

In the event the Cavaliers will be part of the celebration of the great legacy that has left Tiffany over 160 years as a manufacturer of sports trophies.

“Tiffany & Co. has created the Larry O’Brien Trophy for the NBA for decades. The link between basketball and the brand is clear and well defined. It is very special to work with my hometown team Tiffany & Co., and celebrate the NBA All-Star game this year.” declared very excited Daniel Arsham.

In this luxurious basketball court that will be part of the tribute that is being paid to Tiffany there is also a mirror wall with the collection of blue basketballs that are part of a limited collection.

The balls will be available for sale to the public at the Cavs Stockroom and at the Cavs boutique. Tiffany in Woodmere, Ohio.

Its cost is 575 dollars, which is equivalent to 11 thousand Mexican pesos.

Visitors will also be able to admire the legendary Larry O’Brien Championship Trophy, from Tiffanywhich was won by the Cavaliers during the 2016 NBA Finals.

This company has created this sterling silver and 24-karat gold vermeil trophy since 1977, and also designs and handcrafts other awards such as the Bill Russell MVP Trophy of the NBA Finals.

Daniel Arsham has declared that he loves collaborating with the brand and in fact in September of last year he reinvented the iconic little blue box of Tiffany.

His work was called a sculptural distortion that made a comparison with what timeless and modern.

At the moment Arsham He works in New York and has made several important contributions to the art world.