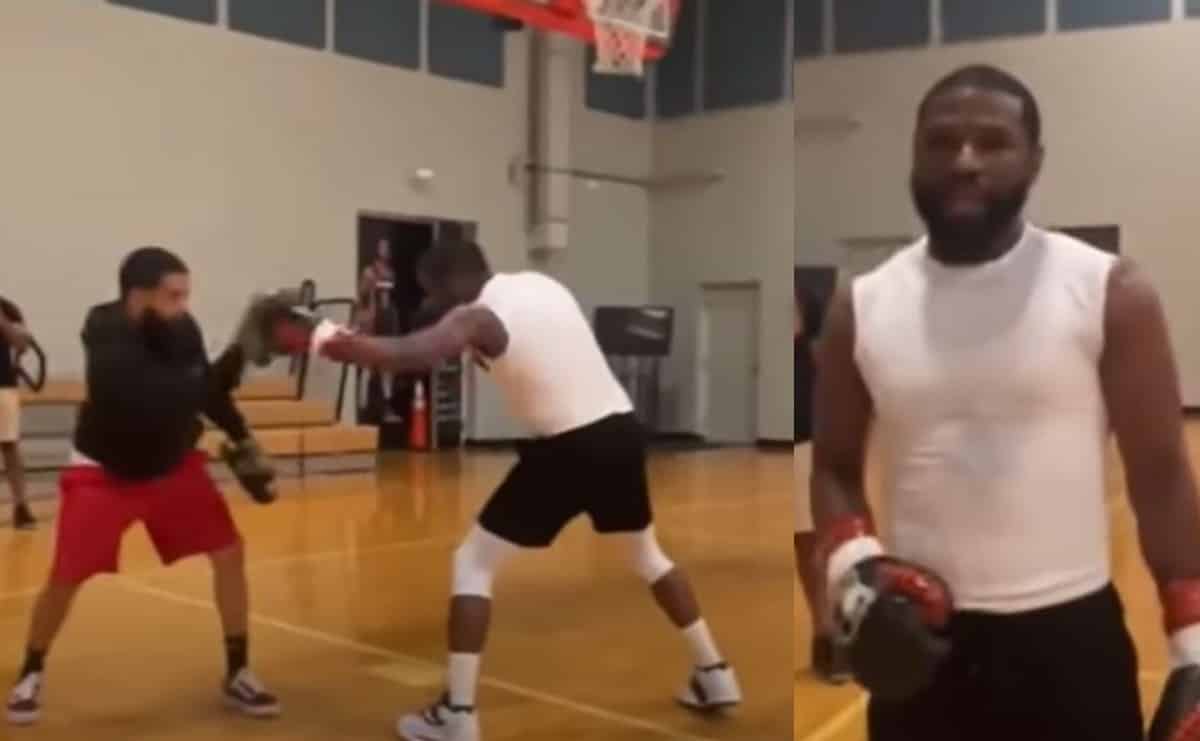 Floyd Mayweather Jr. showed off an intense boxing training session on a basketball court at the age of 45, after announcing his exhibition fight against Don Moore.

During the session, which was published on social networks, he is seen with very good reflexes, performing maneuvers and accurately moving his waist and feet.

Although he is initially seen with a slow pace, as the video progresses, he is seen picking up the speed and even earning applause from those present in the gym who praise him for “making music”, while letting out his fists.

Among some of those present, the presence of reggaeton player Ozunawho hugged Floyd and said that another resounding victory was coming for the 53-0 in Dubai.

Mayweather Not only did he exercise, but before the cameras he sent a message to those who envy him for continuing to make great figures, despite the fact that he retired from professional boxing seven years ago.

“There are many who are angry that he comes out and can continue to make 40, 50 or 60 million dollars even if he is retired,” said the former American boxer. “Don’t get mad, that’s what God wanted. I’m just reaping the rewards of how hard I’ve worked.”

This week it was confirmed that Mayweather will make his return to fight in an exhibition at the heliport of the burj al arabfrom Dubainext May 14.

His last fight was against youtuber logan paulwhere there was no winner after eight rounds.

It was reported that as part of the billboard there will also be Badou Jack Y Anderson Silva with rivals to be confirmed.

“I have been very intelligent, I have known how to invest my money and I have kept almost all my skills,” he said. Mayweather. “There are many who do not like it, but that is their problem”.