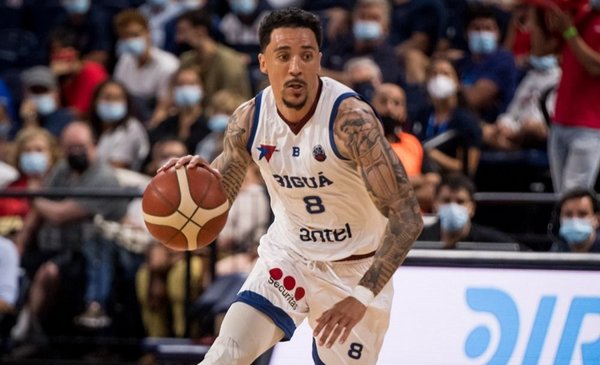 With two games ended on Tuesday the dispute of the games that were scheduled for the 21st date of the Uruguayan Basketball League where only the dispute of the match between Olivol Mundial and Peñarol was pending, which was suspended by the judges due to insults from the Olivol fans in a match that was played without visiting fans last Thursday.

Biguá achieved a resounding victory against the leader Goes playing at home by figures of 95-91 and in a game notably played by both teams.

Donald Sims was a scorer with 25 points and Victor Rudd escorted him with 23. Franco Giorgetti had 27 in Goes.

Biguá will play against Aguada on Friday and on Sunday he will travel to Brazil to play the last window of the Champions League Americas.

In the other match of the night, Trouville beat Capitol end to end on their home court by 109-85.

Miles Bowman Jr. was a figure with 25 points and 12 rebounds. Marcelo Signorelli’s team did not have Tony Mitchell who was cut and entered the match with only two foreigners. Capitol is still sunk in the last position of the tournament.

The cast of the Prado is virtually down. In order to escape, they need to win the five remaining games, that Urunday Universitario only win one and that Olivol Mundial or Hebraica Macabi lose the five that remain to be able to tie them and define by the FIBA ​​system.

The other game that is pending is Biguá 90-Trouville 79 (date 20), which has 20 seconds left and the ruling due to the incidents that were generated will be released this Wednesday night.

These are the matches of the five dates that are missing: