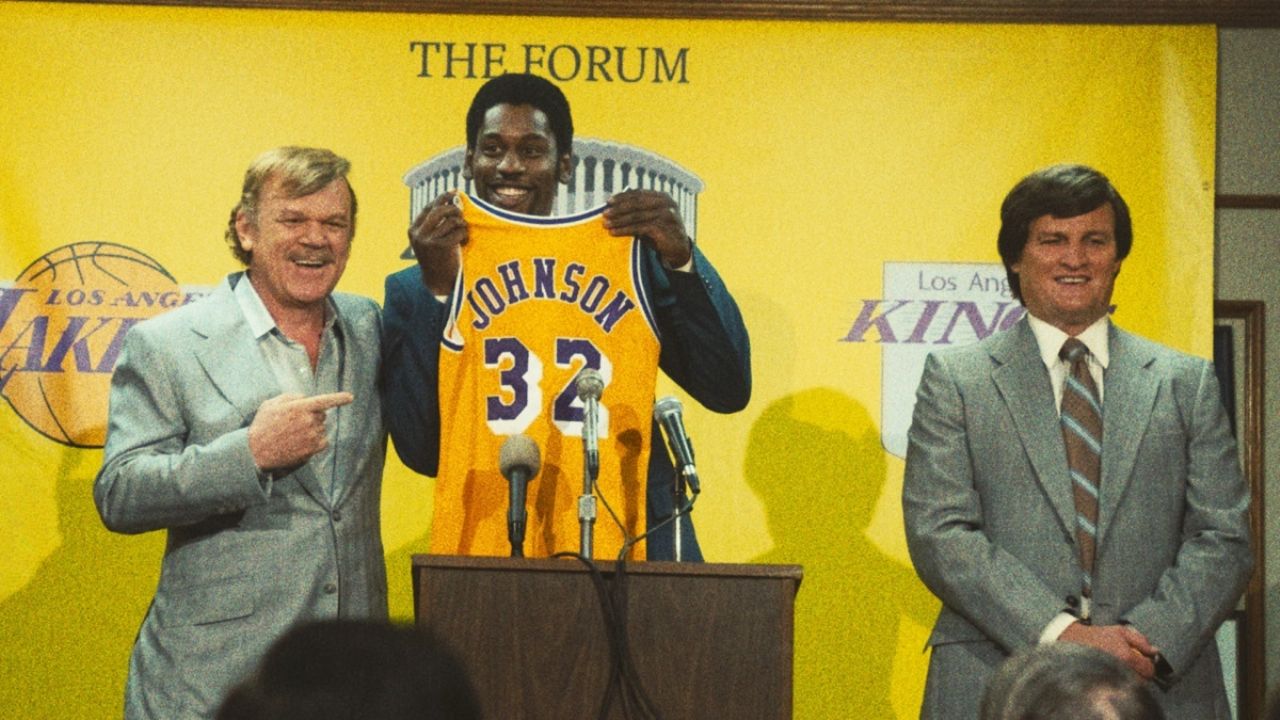 On March 6, the premiere of the first chapter of “Lakers: Time to Win” simultaneously by HBO and HBO Max. the series of 10 chapters, with weekly premieres every Sundaytells the story of the professional and personal lives of the players, managers and people close to the team that dominated much of the NBA in the 1980s, both on and off the court: Los Angeles Lakers.

In the first two chapters available on the platform, you can see the beginnings of the protagonists of a dynasty that defined the golden age of this sport. Jerry Buss, Earvin “Magic” Johnson, Jerry West and Pat Rileyare some of the main characters in the series from the team that created the showtime in the NBA; Let’s meet the cast that plays these mythical real-life personalities:

Earvin ‘Magic’ Johnson, a legend in the world of basketball and considered the player who defined the before and after of the Lakers in the 80s, is played by Quincy Isaiah, 26-year-old actor. In addition to sharing an incredible physical resemblance, both ‘Magic’ and Quincy were born in Michigan; so this young actor was very clear from the beginning about everything that Johnson represented before playing the role of him. The three-time MVP of the regular season, he will be pleased to see on screen the actor who captures his ‘million dollar smile’.

The experienced actor John C Reilly, is in charge of bringing to life the man who took the NBA to another level, to the point of turning it into a show beyond the rectangle: Jerry Buss. This real estate businessman decided to invest the sum of $67.5 million for the purchase of this equipment in 1979. Reilly, nominated for an Oscar in 2002 for best supporting actor, will have the task of revealing all the details and eccentricities of the owner of the Lakers until 2013, the year in which he died.

Who better to play Pat Riley, distinguished by an elegant and authoritative style both in his professional and personal life, that the great Adrian Brody? The legendary coach of the Lakers dynasty, is played by the winner of the Oscar for best actor in 2002.

Riley, during his time in the Los Angeles team, was characterized by his charisma accompanied by strong discipline, so that everything on the court would go as planned. However, the coach did not expect that the personal life of the players could play against his interests.

The man who inspired the famous NBA logo, Jerry Westis played by renowned Australian actor Jason Clarke. The legendary basketball player, who won a NBA championship with the Lakers in 1972, He later became the team’s coach, without much success, moving on to managerial positions until he became the general manager of the team that created showtime in the NBA.

The six-time NBA champion, two-time Finals MVP, six-time regular season MVP is played by the young actor Solomon Hughes. The captain who tried to impart order both on and off the field, gained enormous recognition in the history of the sport due to his iron defense and impeccable behavior.

He is also recognized for supporting the social causes of the African-American community, relating him to characters such as Muhammad Ali and Martin Luther King. Time after retiring from the courts, he devoted himself to acting in different movies.

Sean Patrick Small will have the role of representing one of the best players in the history of this sport, Larry Bird of the Boston Celtics. Lto rivalry between ‘Magic’ and Larry Bird, It was one of the components that generated the NBA media boom. The three-time NBA champion, two-time Finals MVP and two-time Regular Season MVP will be starred in the series by this young actor who bears an uncanny physical resemblance to the Boston Celtics legend.

This team, led by director Adam McKay, will have action in the HBO Max box, every Sunday with a new episode.

What will be seen in chapter 3 this March 20?

If you haven’t seen the series yet, you’re still in time to start it and don’t miss Chapter 3 this Sunday, March 20. In it, ‘Magic’, Jerry Buss and Jerry West begin to play, off the pitch, matches before starting the season. The beginning of the NBA is approaching, but still Jerry Buss is not satisfied with the decisions he has made to create a winning franchise.

The signing of ‘Magic Johnson’ and Jerry West as coach is finalized, Buss takes the finances of the team and undertakes a trip to Las Vegas to build his empire. However, his eccentricities and peculiar personality will bring a powerful enemy.

‘Magic’ will leave Michigan and begin his legend in the NBA, but first he visits his ex-girlfriend to brag about the money he has earned with the Lakers, but she already has a new relationship and this generates anger and pain. At the same time, his rival Larry Bird begins training with the Boston Celtics with a single goal in mind: beat Johnson.

Jerry Wes is obsessed with the championship. Motivated by the insecurities of his former player, he resigns, but not before reaffirming the continuity of two key pieces of the Lakers: Nixon and Abdul-Jabbar. Faced with the disastrous scenario, Pat Riley arrives in Los Angeles, but Buss is still not entirely convinced that his team is ready to put on a great show.

This is “Lakers: Time to win” new HBO series with the secrets of the NBA team