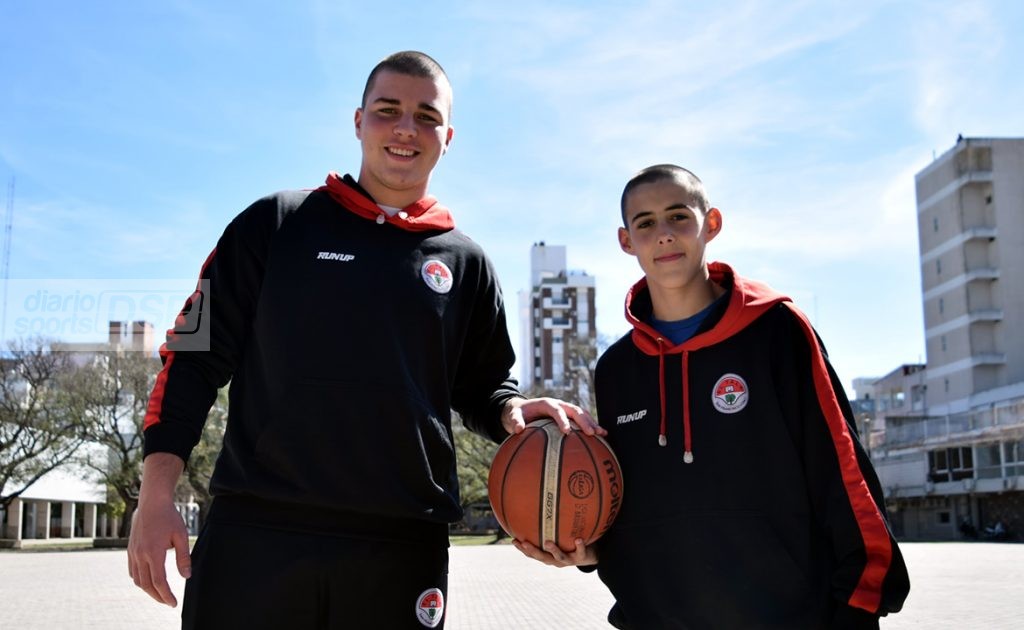 They are from the quarry of El Ceibo and El Tala, they breathed basketball since they were very young and managed to reach the First of their clubs. A litter of well-known surnames, but who are looking for their own paths.

This is the story of Tadeo Mare, Benjamín Almada, Mateo Blengini and Tiago Tomatis. They recently debuted in the First Division of El Ceibo and El Tala, but the four are committed to consolidating and continuing to grow in basketball, something that stands out as their passion.

They all have something in common, not only the sport they play, but also the family legacy to continue a tradition within basketball.

Tadeo Mare and Mateo Blengini began in 2021 to train with the senior category of “albo”. In the resumption of the Associative they could officially debut and have their first minutes on the court.

Mare is a 2005 category and with only 16 years old he already took the first step in the First Division. Blood linked to basketball by his brother Lautaro, currently a Deportivo Armstrong player in the Argentine League. “It was very nice to make my debut in the club’s First Division. For me to share it with Mateo (Blengini) It was one of the best things because there were many training sessions in the First Division and luckily it arrived. The greatest were always present and always encouraging. My idea is to keep playing and try to become like my brother whom I have as a reference”.

While Blengini also has a very important last name in San Francisco basketball. Son of Eduardo, of the “mara”, current coach of El Ceibo, and with only 14 years old, about to turn 15, he had his unforgettable first minutes in the First season directed by Esteban Olivero. “Debuting in the First Division was the most beautiful thing, because I want to be a basketball player and go as far as possible. The older ones congratulated me and they got along well and supported me. I want to continue playing for that I am going to continue training with effort and always moving forward “.

Benjamín Almada and Tiago Tomatis began to have continuity in the El Ceibo Association. They are part of the First Division squad of the “flower” and are preparing to have a chance to play in the Provincial Basketball League.

Almada, the largest of the four, has already made his debut and is looking to consolidate himself in Blengini’s team. Linked to a family with strong ties in the club’s sport and nephew of former player Germán Fassetta. With just 17 years of age, he tries to show himself in a team with a lot of hierarchy. “It was something very nice to debut in the Primera in El Ceibo. Now I am looking to establish myself but the experience is very nice. I really feel the support of the greatest and that they give me a hand every day to improve and that is good. I plan to continue playing and if it is in El Ceibo much better ”.

For his part, Tomatis made his debut this year, also just 14 years old and just 15 days old. Son of the historic scorer of the National Promotion Tournament, Matías Tomatis. “It was something very nice for me to debut in the First Division, at least for me that the idea is to be a basketball player. The nerves they generate are many, I got nervous but the biggest ones reassure you a lot and support you in everything. I really want to continue playing but I have to continue training and I think that by working I can become something “.

They are promises who are taking their first steps in senior basketball. They must still demonstrate and consolidate in their categories and add filming in the First Division. They do not lack desire, DNA either, they have time … and a lot ahead of them.