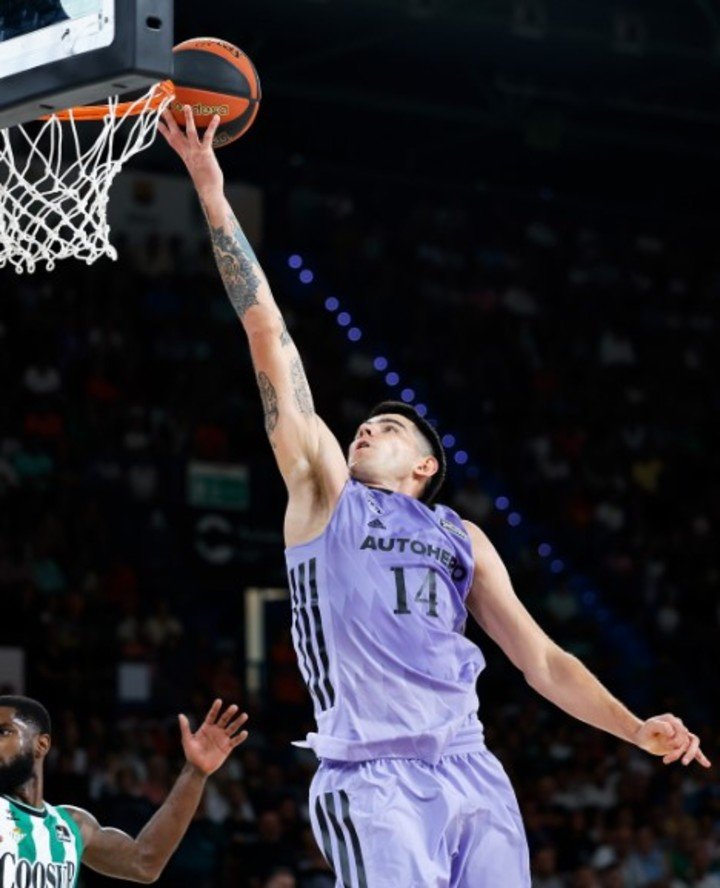 Two weeks have passed since Argentine coronation in the Americup. And there are two players from that squad who have the opportunity to re-establish themselves, although this time in the Spanish Super Cup. So much gabriel deck What Nicholas Laprovittola They were figures in the triumphs of Real Madrid and Barcelona, ​​respectively in the semifinals of the Spanish tournament, which kicks off the ACB League season. And this Sunday, from 1:30 p.m., both will try to lift a new trophy in their careers.

Important work by Tortu under the basket. (Real Madrid press)

Tortu broke it with 17 points (5-5 in doubles, 1-2 in triples and 4-4 in free kicks) and was the second highest scorer for the capital team, behind Dzanan Musa (21). The forward of the National Team, who was the MVP and scorer of the continental tournament won in Recife, also contributed six rebounds and two assists in the victory 100 to 69 against Betis.

For his part, the one who did not want to be outdone was Laprovittola, who signed a scoresheet with a rating of +29 in the 91-74 victory vs. Joventut. The base guided the actions of the Catalan team and, furthermore, his hand was hot, since added 26 points (1-2 in doubles, 7-10 in triples, 3-4 in free throws), six rebounds, four assists and two turnovers. He was left with the MVP of the match.

Deck comes from being the MVP of the Americup. (Real Madrid press)

The last cross between the two

The last confrontation between both teams took place on June 19 and ended with a victory by 81-74 in the fourth game of the ACB League finals, which consecrated Real Madrid. On that occasion, Deck had been decisive. Will the man from Santiago repeat or will the man from Buenos Aires have revenge?

There will be an Argentine superfinal in Spain: Deck vs. laprovittola