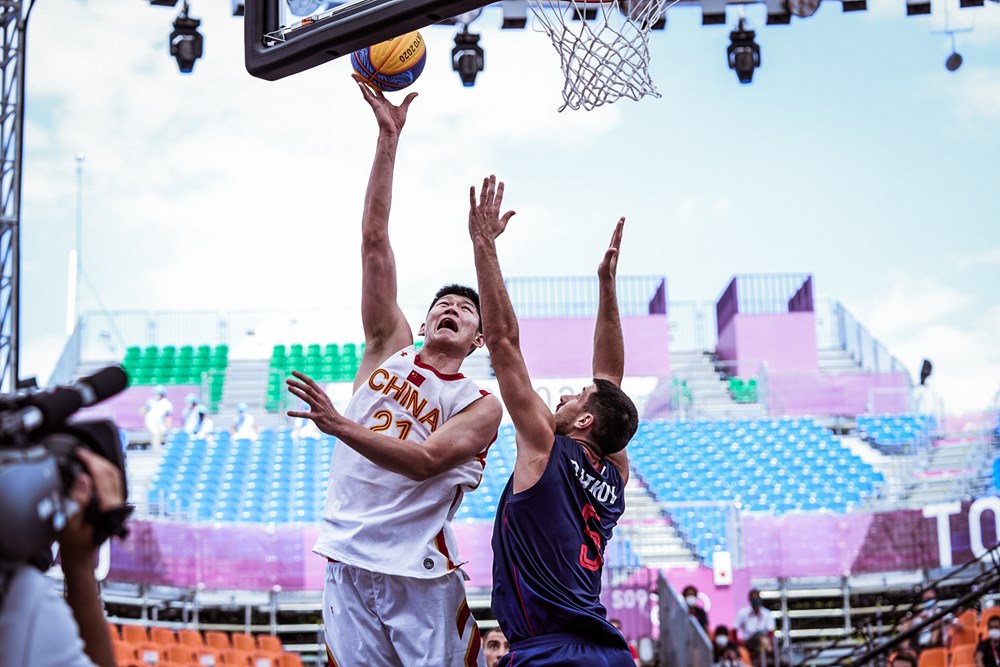 At the start of the 3 × 3 the favorite teams fulfilled their objective and managed to win. The tournament started with great emotion, where he left some tight results. Serbia is the only leader.

Poland 14-21 Latvia. The Polish team started in a very good way, their attacks were formidable and the height of their team stood out, strong in all their lines. The figure had been Hicks, a ball that took possession, a ball that entered the ring, it was almost impossible to stop it, he was the scorer of his team with 8 points. But they were not enough for their selection to take the victory, Latvia also responded, Nauris Miezis and Karlis Lasmanis were standing out in the game and little by little they began to score and cover the opponent’s shots, Miezis finished with 7 points and Lasmanis with 5 points Like Agnis Čavars another player from Latvia who had a great match, he came in and made a difference for several moments.

Later Latvia played again and lost by one point only to Belgium 21-20, the fatigue in this style of play that is much more dynamic was noticeable at times, but Latvia did not lower its arms that until the last minute it fought to win but it was defeated. Belgium achieved a very important victory, Thibaut Vervoort was the leading figure with 11 points. In the defeated team the figure was once again Lasmanis with 11 points and Miezis with 8, they left everything in these two games, they narrowly missed a victory that almost left them comfortable thinking about the classification.

On the other hand, Poland was playing their second game and this time they did manage to win, by a total of 20 to 19 against Japan, another very close result, very even the level of both teams. In Japan the figure was Keisei Tominaga who contributed 7 points like his partner Ira Brown. Poland rotated the team and thus found more dynamics in the game, Przemyslaw Zamojski was the standout with 7 points and with the same number of units was Pawel Pawlowski who played 1:17 minutes, key player for the victory of the Polish team.

Serbia 22-13 China. Serbia started in a very good way against a team that is always a favorite because of the quality of the players they have, Serbia was not far behind, they have a high-level team with good names. This time he got an important win and the one who stood out and showed a good level was Dusan Bulut with 11 points. On the side of China JinQiu Hu scored 6 points, but the level was lowered and little by little Serbia took a victory of the utmost importance standing out in each attack and showing that it is a very strong team.

Serbia and another great victory against the Netherlands, this time by 16 to 15, and the amount of points contributed by their players was quite distributed, there was no one who stood out above the other teammates, yes the one who scored the most points but not many more than the others was Mihailo Vasic with 5 points. On the side of the Netherlands Jessey Voorn was the one who stood out contributing 6 points, the Dutch were very close to winning, but they missed 2-point shots that were key to achieving the victory, Serbia was more cautious and ended up getting what they wanted, two Serbian triumphs that position him well.

China faced Russia and was defeated by 21 to 13, Peng Yan was the one who tried the most in the team that was defeated, contributing 5 points along with JinQiu Hu who scored one point more than Yan. Russia was superior in their game, Alexander Zuev the great figure, unstoppable contributing 12 points, they could not score, each attack was lethal. Russia achieved a very important victory in their first game, China added their second defeat.

Holland 18-15 Russia. The Dutch in their second match managed to surprise them by beating Russia, who had just won minutes before. In the winning team Dimeo van der Horst stood out with 9 points and was followed by Arvin Slagter with 5 points, both played excellently against Russia, leaving a very good image in each attack they managed to cause. In their second game they showed the same level as they had against Serbia, who had been beaten by the minimum. Russia and a defeat with little flavor, but they know that the chances still continue and that this road is long, they have a team to fight back.

Belgium 16-18 Japan. Match not suitable for heart disease, the match began with a Belgium with great intensity, each attack was lethal, they were all right. On the other hand, Japan was looking to score and discount quickly, Belgium was winning comfortably and Japan was close to it until they tied it and they went to extra time. From the hand of Ira Brown, the native of the US nationalized Japanese was the one who led his team to triumph, a great game in Japan that produces a very positive result that will allow him to continue dreaming of continuing in the race.