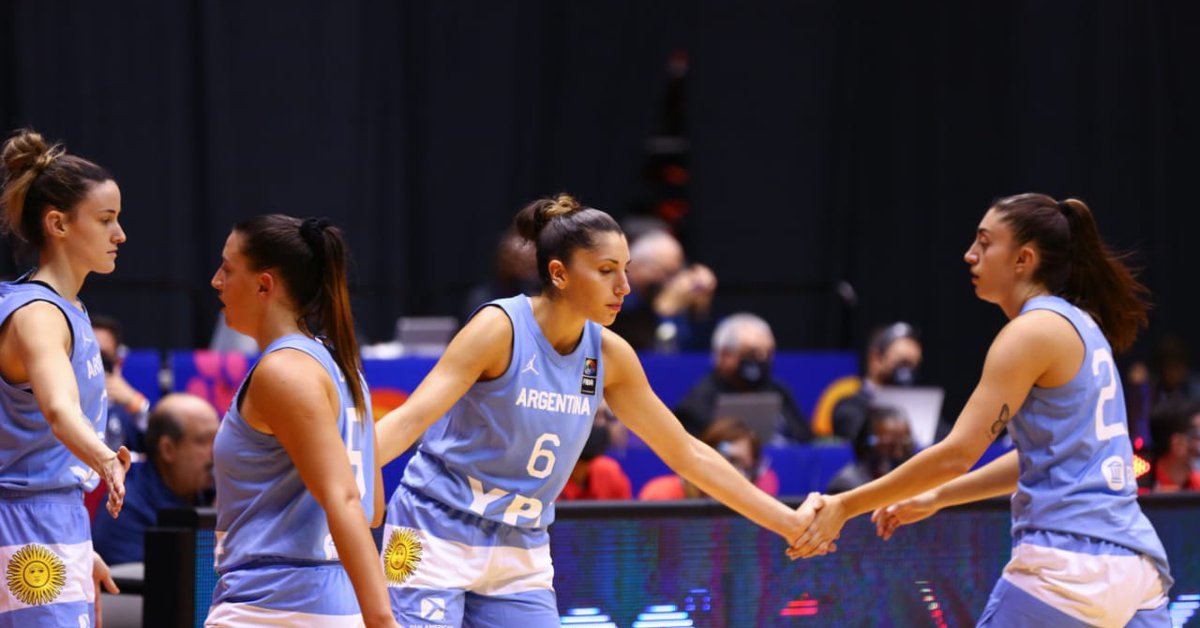 The Argentine women’s basketball team stayed outside the Americup in the last hours after registering two new cases of coronavirus in your delegation that will prevent completing the minimum number of players available to be able to face the next matches scheduled against Venezuela and the United States.

The statement issued by FIBA ​​is forceful in this regard: “Argentina will lose these two games by confiscation and according to the official basketball rules, if in a tournament the team loses a second time, it will be disqualified from the tournament and the results of all the games played by this team will be annulled ”.

The last tests that were carried out on the staff detected two new positive cases (Diana Cabrera and the kinesiologist Mario Piñero), so the representative albiceleste it barely has five qualified players to play the game and will not be able to play the scheduled matches, since the regulation establishes that you need to have at least seven athletes available.

“Considering that the additional tests that were carried out yesterday showed that more members of the delegation were positive, and with the health and safety of players, coaches and officials as a priority, the decision was made not to play the matches Argentina vs Venezuela and the United States”, They detailed from the organization, according to the regulations that establish the Covid-19 protocol for the Official Competitions of National Teams and FIBA ​​Clubs.

National players who have negative tests may return to the country this Wednesday, at the same time as the medical department of the Argentine Basketball Confederation (CAB) reported that athletes isolated after contracting coronavirus are found “In good health and with mild symptoms”.

The contest takes place in Puerto Rico and the Giants they shared Group B with the local Puerto Rico, Dominican Republic, United States and Venezuela.

The team commanded by Gregorio Martínez had had an epic debut with a 65-46 victory over the Dominican with just nine players, because COVID-19 had already hit the delegation: the captain Melisa gretter, the sub-captain Agostina Burani Y Andrea Boquete placeholder image they had been isolated after testing positive. Then they accumulated a 79-56 loss to the host team.

“We are very sad and helpless. For all the effort we put in for almost 40 days. Here we come to play and now we have to focus more on the health of the players, which is what is really important today. We keep looking for the return to the subject and we don’t know what happened. We really took all possible precautions, ”said coach Martínez to the official CAB website. The coach assured that they were tested six times in a month and reported: “We were all negative and, when we arrived in Puerto Rico, we had two positives”.

The trip to the venue and an anti-doping control in the run-up to the competition are the two facts that they are currently investigating to find out if the outbreak started from there: “The trip involves a risk, it is clear. And then there’s that official drug control, which now we are finding out if any of the two people who came to do it tested positive in the following days. There are not many more options because, on top of that, the players who got control are the ones who tested positive ”. Total, five positive cases were registered and two players were isolated due to close contact.

“From the first day we take great care of ourselves, we take all possible precautions and we adhere to the protocols to reduce this possibility of contagion to a minimum. We had six swabs in all this time, in more than a month of preparation that we did to get here. We worked very well, there was a lot of effort in each and every one of the parts … But unfortunately it happened, and without a doubt at the least desired moment ”, added Captain Melisa Gretter.

From playing little to gaining prominence and being considered “the plague” by big stars: the magnifying glass on Campazzo’s first season in the NBA