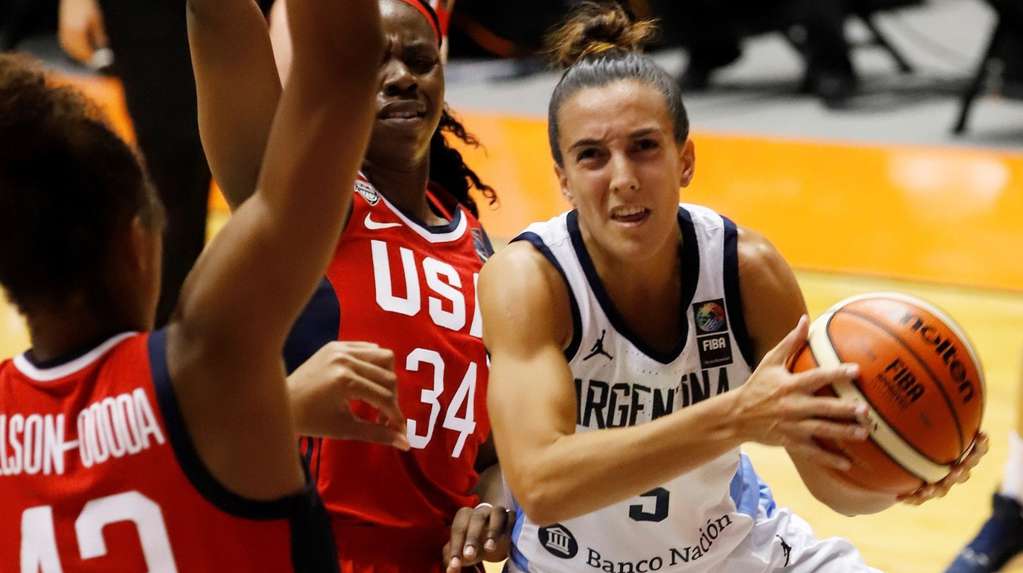 The Argentine women’s basketball team registered two new cases of coronavirus in its delegation on Tuesday, so does not have enough players to participate in the AmeriCup and will no longer contest the contest.

“The results of the last tests yielded two more positive cases (Diana Cabrera and the kinesiologist Mario Piñero) and in this way Argentina has only five players available (Julieta Mungo is close contact)”, announced today the Argentine Basketball Confederation (CABB) on their official site.

In that sense, he explained that “As the minimum to appear is seven”, the selected albiceleste “will lose without playing the remaining two games” of the tournament.

“Considering that the additional tests that were carried out yesterday showed that more delegation members tested positive, and with the health and safety of players, coaches and officials as a priority, the decision was made not to play the matches of Argentina vs Venezuela and the United States ”, announced the International Basketball Federation (FIBA).

And he added: “Argentina will lose these two games by confiscation and according to the official basketball rules, if in a tournament the team loses a second time, it will be disqualified from the tournament and the results of all the games played by this team will be annulled ”.

While, the CABB medical department reported that “all cases are in good health, with mild symptoms” and that “the Argentine delegation will begin to return to the country as of tomorrow, with negative cases.”

For his part, the coach, Gregorio Martínez, yesterday regretted what happened in the last few days at the “Las Gigantes” squad.

“We are very sad and helpless for all the effort we made for almost 40 days and the illusion we had when we arrived in Puerto Rico to compete as equals,” said Martínez.

In addition, the DT expressed his bewilderment about the coronavirus outbreak: “We continue to look for the return to the subject and we do not know what happened, we really took all possible precautions. With the medical department and the technical room we have already made the road, mentally, about 15 times and it is difficult to find something or someone infected who has been with us ”, he considered.

Melisa Gretter: “We will gather strength to come back stronger than ever”

The captain, one of the players who tested positive for Covid-19, reflected on the situation that the National Team went through in the AmeriCup of Puerto Rico. “We did a lot to take care of ourselves and this happens to us …”, He says.

Melisa Gretter, captain of the team that was disqualified for not being able to present the required minimum of seven players after having suffered five cases of Covid-19, cannot hide her feelings: “We have a lot of helplessness and sadness because we did a lot to take care of ourselves and unfortunately we all this happens at the wrong time ”.

The national delegation traveled to Puerto Rican lands after almost 40 days of work under the orders of a world-class technical body and staff with the illusion on their backs of making history after a seamless preparation. But just a few hours after first set foot on Caribbean soil, the bad news came: the positives of Gretter and Agostina Burani, next to the close contact of Andrea Boquete placeholder image -subsequently also positive-, they punished a National Team that was just getting settled in the Hotel Verdanza.

The cases had an immediate impact on the national team. With the primary concern for the health of the players, Argentina had to face its debut in the tournament with a rotation of just nine members. Even despite the setbacks and the uncertainty until the last moment due to the participation of Macarena Rosset, Gregorio Martínez’s team beat the Dominican Republic in the debut and fell with dignity against Puerto Rico in their second presentation.

But hours before the momentous and decisive duel against Venezuela, the virus once again broke into the squad and struck a new slap at an already unguarded team: Victoria Llorente tested positive and Julieta Alé was isolated due to close contact.

With a squad limited to just seven athletes, FIBA ​​decided to postpone and reschedule the match against the Red wine waiting for new tests that The positives of Diana Cabrera and the kinesiologist Mario Piñeiro were found. Today, without Cabrera and with Julieta Mungo isolated by close contact, Gregorio Martínez’s team could not reach the necessary minimum of seven players and FIBA decided to give up the two games – Venezuela and the United States – by “confiscation”.

After the announcement, and while the delegation began its return to the country with those players and coaching staff who did not test positive, Gretter referred to the impact of the events: “From the moment we started preparing for this tournament we were aware that the possibility He was contagious and that we were not strangers to this virus. We take great care of ourselves, we take all possible precautions and we adjust to the protocols to reduce this possibility of contagion to a minimum ”, he recalled.

Speaking to the CAB website, the captain added: “We had six swabs in all this time, in more than a month of preparation that we did to get here. It worked very well, there was a lot of effort in each and every part … But unfortunately it happened, and without a doubt at the least desired moment by any player or part of the team because we were excited and we had been having very good feelings as a team. They were very hard days to face since we got the first positive result. We feel very helpless because we cannot do anything to reverse the situation, but luckily the symptoms are not being important ”, he explained.