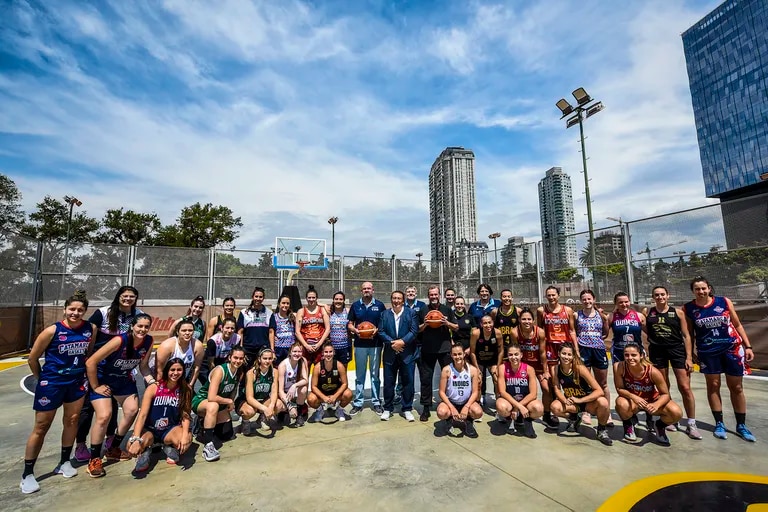 Although it is still far from the ideal, the Women’s Basketball League which begins its fifth season this weekend, is constantly on the rise, both in organization and in the level of competition. Ten teams, including the current two-time champion Berazategui and a debutante Creekwill be in the game in a contest that will have its regular stage in Buenos Aires, with Obras and Ferro as venues, and that will then have its playoffs to the best of two games until the champion is defined in April.

This League will also be chosen by FIBA to test some regulatory changes in pursuit of greater dynamics in the game. Among the main ones, four quarters of eight minutes each, 10 minutes of rest, a maximum of four fouls per player, a maximum of three fouls per team per quarter, substitution from the wings without the need for the referees to hand over the ball and, as soon as At free throws, if a player is fouled in the two-shot zone and makes the first free throw, it will count for two points and the game will resume without the need for a second throw. If he doesn’t convert, he will throw the second one and it will be worth one point. A similar mechanism will be applied for fouls in the three-point shooting zone.

The story of Karina Rodríguez, Director of Women’s Basketball Development

Beyond being a test bed for regulatory innovations, it is still a semi-professional league in which the salaries do not reach 50% of what is charged in the Men’s League and in which approximately 60% of the players dedicate themselves full time to the practice of this sport, while 20% play and have a scholarship and another 20% work in areas related to sports, such as physical education.

Although the number of teams is exactly half that of the men’s National League, the objective of a good geographical distribution is met in pursuit of the development of the women’s branch in various parts of the country. In this sense, there are two teams from Buenos Aires (Ferro and Obras), three from the suburbs (Deportivo Berazategui, Unión Florida and Los Indios de Moreno), one from Santiago del Estero (Quimsa), one from Corrientes (Corrientes Básquet), one from Entre Ríos (Tomás de Rocamora), one from La Rioja (Riachuelo) and one from Catamarca (Catamarca Básquet).

The presentation video of the Women’s League

“I think that more than quantity, we have to look at the geographical distribution that we reach. That, without a doubt, is more important to me than the quantity”, he explains to THE NATION Karina Rodríguez, renowned former Argentine basketball player who triumphed in Spain and Brazil and is currently Director of Women’s Basketball Development at the Argentine Basketball Confederation.

A job that points to the Olympic Games

This event is the visible face of a training effort that is already beginning to bear fruit. Currently, Argentina has, in addition to the participants in the Women’s National League, another 100 players abroad, distributed among the United States, Europe, Brazil and Uruguay. And to ensure future talent, together with Gregorio Martínez, current head coach of the women’s team, Rodríguez coordinates the National Training Program in which attempts are made to attract young players who are over 1.80 meters tall. In this sense, in the last year and a half a zoom training plan was carried out three times a week for 650 players from all over the country and in January a concentration of 30 players from seven provinces was held at the Cenard, which exceed 185 centimeters and with three other players who exceed 192.

“In that raking we compete with volleyball, because we are looking for the same. The idea is that we can increase our size at the national team level”. There will be more, since in March a camp will open in Buenos Aires and another in Entre Ríos in order to progressively create “basketball environments” throughout the country.

“Today our ultimate goal is to reach the Olympic Games for the first time”yearns karina rodriguez, who in August 2019, and 20 days after taking office, found a heavy reality, since the Argentine women’s team was disqualified from the Pan American Games due to an error in their clothing. For Group B, the national team had to face Colombia wearing white clothing but entered the field of play wearing blue clothing due to a prop error. Despite attempts to get the right clothes against the clock, the scandal became inevitable.

“Either it was the end, because it was a worldwide scandal, or it was the spring to jump and serve to change some things. And that’s what happened. Today the basic travel conditions are the same for the men’s and women’s teams, with the same structure of technical staff and with personalized clothing for the players, when before we used the men’s clothing that was left over”, values ​​those who are enthusiastic about the first position in the FIBA ​​South American ranking in training and the third in the entire American continent that Argentina has, as well as with the beginning of a new Women’s National League in this context of full construction and development.

Which will have its first two dates this weekend and one of the most interesting crosses will be at 4:30 p.m. between Berazategui, the two-time champion, and Riachuelo, the debutant. “We want to leave, once again, the Deportivo Berazategui club at the top. It is clear that basketball has improved a lot from the level of the players to the diffusion. Hopefully this new format, in terms of rules, will be for the better,” Agustina Jourdheuil, the MVP of the Women’s League, told the nation.

Anxiety, expectations and eager to continue growing. These are just some of the sensations that women’s basketball is experiencing these days in Argentina, which hit rock bottom some time ago, but now begins to feel that the sky is the limit.

The match schedule for the first weekend

The Women’s Basketball League begins, in search of a more agile game, taller players and… fulfill the Olympic dream