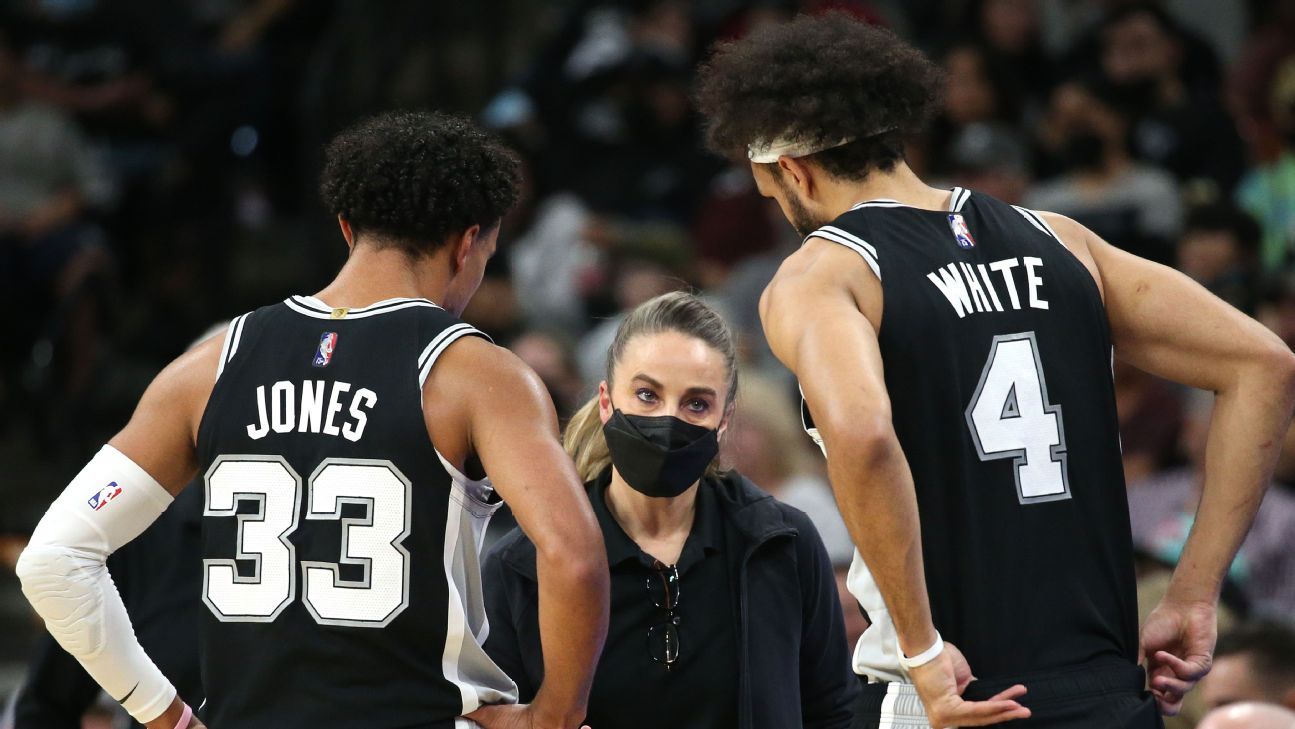 The female presence in the NBA not only moves to the court, but also to arbitration, offices and the media.

Becky Hammon, who has been the main female face of the league for the last five years, will play his last season in 2022 as an assistant to Gregg Popovich in the San Antonio Spurs. When she begins her new venture with the Las Vegas Aces, an organization in which she will also serve as general manager, she will become the highest-paid coach in WNBA history.

Leadership 🗣🗣#FBF to @BeckyHammon mic’d up at the 2019 Summer League with the @spurs.

Who’s ready to see her in the @LVAces huddle?? 🙋‍♀️ pic.twitter.com/23vmHmoylG

But aside from Hammon, who is still active this season and is the longest-serving female assistant in NBA history, who are the other women breaking barriers in the best men’s basketball league in the world?

With the help of our colleagues at ESPN Stats & Information, here’s the list:

The former player Jenny Bouceck, 48, began her coaching career in 1999 with the Washington Mystics. She was named to the Dallas Mavericks coaching staff in 2018 after a one-year stint with the Sacramento Kings as a developmental coach. She stayed there until her mentor Rick Carlisle’s departure in July of last year, when she became an assistant with the Indiana Pacers.

The armory base Kristy Toliver She is the only active female professional basketball player who is also an assistant coach in an NBA franchise. After being an assistant with the Washington Wizards for almost three years, Toliver was hired in August 2021 as an assistant with the Mavericks. At 35 years old, she has already played 12 seasons in the WNBA, the last one with the Los Angeles Sparks.

The also former player Lindsey Harding She is in her third season with the Sacramento Kings as an assistant and player development coach. Prior to the Kings, she served as a developmental coach for the Philadelphia 76ers and was a scout. She was the first African-American woman to be a scout in the NBA.

Theresa Weatherspoon, a Women’s Basketball Hall of Famer and WNBA legend, joined the New Orleans Pelicans organization as a ‘two-way’ player development coach. In November 2020, she was promoted with then-head coach Stan Van Gundy as an NBA assistant. Despite the departure of said technician, Weatherspoon remained in office. The two-time Defensive Player of the Year and five-time WNBA All-Star, she was with the New York Liberty for seven of her eight seasons in the league.

Former college basketball coach with MIT, sonia ramman, she was named an assistant coach for the Memphis Grizzlies in 2020. In doing so, she became the first Indian-American woman to be named an NBA assistant. Grizzlies coach Taylor Jenkins was so impressed with her when he met her that she was hired even though she was relatively unknown. She accepted a call thinking it was full consultancy, not knowing that she was wanted for more.

Former WNBA player, Edniesha Curry, was a developmental and assistant coach at the University of Maine in both the men’s and women’s streams. In August 2021, the Portland Trail Blazers announced that Curry would be joining their coaching staff. She only played two seasons in the WNBA with the Sparks and Phoenix Mercury, but played professional basketball abroad in leagues in Israel, Greece, Hungary and Poland. In fact, she began her coaching career as a basketball talent development coach internationally, in Israel, China and Vietnam.

In September 2019, when he was 26 years old, Brittni Donaldson She became the youngest in history to be part of an NBA coaching staff with the Raptors. Now 28, she is with the Raptors affiliate in the G-League as an assistant. For her part, Natalie Nakase, whose parents have Japanese roots, is enjoying his second stint as an assistant to the Clippers affiliate. He has been with the organization since 2012.

On the rise, the female presence in offices

As we mentioned at the beginning of this writing, the female presence is not only limited to the coaches on the court. There are also six full-time female referees (23 in the G-League), the most the NBA has had simultaneously in its entire history.

There are also two general managers in the G-League plus 29 other women in medical, coaching, performance and sports science roles. At a general level, 86 women have operational positions for the teams, according to data shared by the league itself.

The female presence in the NBA is increasing. They want, they can and most importantly, they are leaving a legacy for those who will follow in their footsteps.

As for the media, in 2020, ESPN analyst, Doris Burke, became the first woman to serve as a game analyst for the League Finals. There are also others who stand out, either as announcers, commentators and reporters: Lisa Byington, kate scott, Sarah Kustok, Lisa Salters and Beth Mowinsamong other.

“People have asked me, ‘Do you consider yourself a trailblazer?’ No way. And the reason I say this is because I’m aware of the women who came before me,” Burke said at the time. And he is right.

The future is not yet to come. It has arrived.

There is no longer an NBA without women. They are part of the Association.

The women who break barriers in the NBA