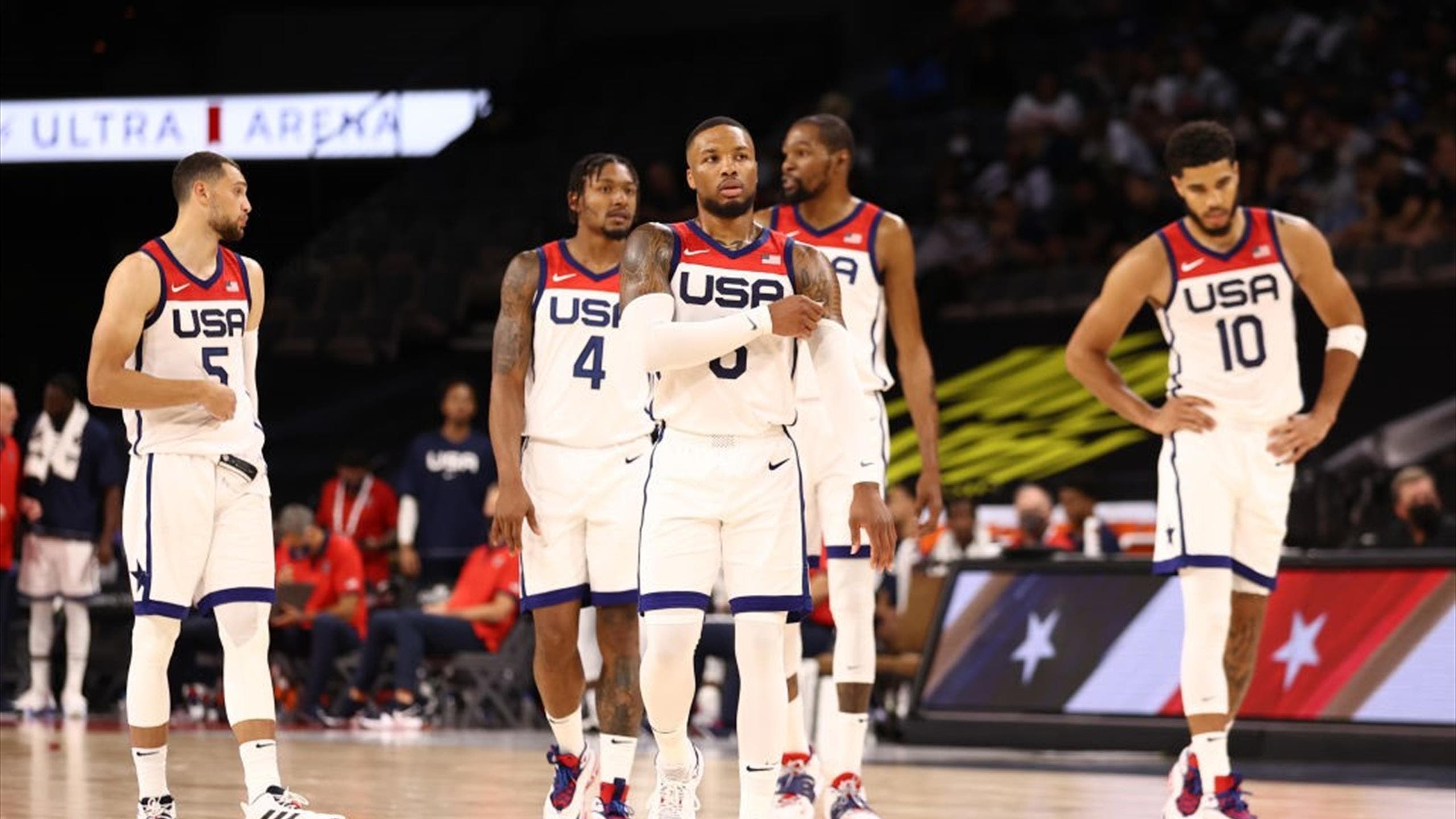 The qualifying teams for the Tokyo Olympics The days are counting to travel to Japan and face a competition that we have been waiting for for five years. Meanwhile, each of them are in prep toursn to enter the tournament with filming. With what these friendly matches have offered, you can glimpse some less exciting Games.

The American federation has installed its engine room in the Michelob ULTRA Arena pavilion in The Vegasyes, where Durant, Lillard and company they train and are the guests of the national teams that are going to scare the kings of basketball. Argentina, Australia Y Nigeria they were the first to participate in a friendly tournament between the four countries. Later, Spain will travel to face those of Popovich the July 18. Once these confrontations are over, there is no one who does not know the surprising results of the matches and the American debacle in their first two encounters, as well as the exciting Nigerian situation, a breath of fresh air for African basketball.

The big surprise this week was Nigeria. A surprise that has been brewing for the last decade to culminate with the first victory of an African country to the USA in a basketball game, making it clear that it is the largest power on its continent today. The creation of this year’s squad confirms the federation’s intentions: to create a competitive, physical roster with the ability to be very intense on the court, with names that make up the NBA and that have their importance in rotations and benches. : Josh okogie (Timberwolves), Jahlil Okafor (Pistons), Precious Achiuwa, KZ Okpala and Gabe Vincent (Heat); Jordan nwora (Bucks, still playing in the Finals) or Chimezie Metu (Kings). Furthermore, the future for Nigerian basketball is promising, with up to eight players of Nigerian origin selected in the last Draft of 2020. There was also movement in the benches and they added to pieces with trajectory in the NBA, such as the head coach Mike brown -now assistant in the Warriors- or Jordi Fernandez, assistant both in this selection and in the Denver nuggets from Mike malone. Both coincided in 2012 in the Cleveland Cavaliers, when Fernández held the position in player development.

Despite the blunt loss to Australia (108-69) in the last game in Las Vegas -a team that was very fast, with a very mature block and continuity and that also managed to win over the USA- the two victories against the world power (87-90) and before the fourth in the FIBA ​​ranking, as is Argentina (71-94) They cause Brown’s team to come out as the most reinforced at the moment, both internally and in the media. They have been talked about as much for the good as for the bad. The official account of the team has increased its influence on social networks exponentially these days: 14 thousand new followers on Instagram and 10 thousand on Twitter. But not everything is flattery and congratulations. In his exposition of the defeat of the United States, American journalists such as Stephen A. Smith They totally misrepresented the Nigerian national team players, implying that it was inexplicable that unknown players -for them- are capable of such a feat, to which the Nigerian players and the Nigerian federation itself reacted with indignation. Although they are in the more ‘affordable’ group, it is rash to foresee a great result for Nigeria in these Olympics. However, what is clear is that the only country that will represent Africa is a tough nut to crack, as well as being one of the most interesting sources of foreign talent for the NBA in the present and, above all, in the future.

A one minute clip with no basketball analysis and pure disrespect to the names of our culture.

Do better please @stephenasmith. This is low, even for you. https://t.co/H6m69KCwL2

THE TEAM USA, TO RECONDUCIE THE BOAT

The tremendous defeat that the United States endorsed Nigeria in the 2012 Olympics for 156-73 was the largest point difference in a clash in this competition. Party that served Carmelo anthony to be crowned in FIBA ​​basketball and break records, such as the highest Olympic score by an American player (37 points) and the most triples in a game (10), but that is now a thing of the past. As the journalist Nacho Losilla pointed out, Gregg Popovich’s team has added the same losses (2) in friendly matches in three days as between July 1992 and July 2021, which is equivalent to more than 10,000 days. Taking into account the last NBA year, which has been one of the toughest in terms of schedule and injuries, this is just a sample that world basketball is more on the heels of the American year after year.

Despite this, the Spanish National Team does not lower its guard Y does not think that Team USA will be weakened of this pre-Olympic week. At the FEB annual awards gala, Pau Gasol shared his impressions. “I don’t give much importance to those losses. They are not one hundred percent. They are missing three major players who will join when the NBA Finals are over and it won’t be easy for them to adapt so quickly. We’ll see how they get to the Olympics “explained the Spanish.

The victory against Argentina in their last match It was an air cushion for a staff that avoided reproaches and messages of indifference from the American public in almost equal parts. Campazzo and his companions paid for the resignation of the United States with a resounding defeat by 108-80, thanks to the good performances of Kevin Durant, Damian Lillard, Bradley Beal and Bam Adebayo, who played at the level we are more used to seeing. With a much more fluid and successful start than in the previous two meetings, Argetina was left with practically no options in the third quarter. If the US wants to go far, it will be imperative that these four players produce at a high echelon and that your defense -especially interior- is at the height: Luis ScolaAt 41, he scored 16 points in less than 19 minutes. In addition, they must adapt to the dynamics and forms of refereeing in the FIBA ​​world. We were able to see several attempts by Team USA to force fouls that were left on loose balls or shots taken badly, looking for a minimum contact that allows them to go to the free throw line.

NOBODY WILL BE SAFE

That in Tokyo we will be able to see some intense and unpredictable Olympic Games is something more and more probable in view of what is happening these days and what happened in the qualifying tournaments for the Games. In addition to the already mentioned selections, Spain Y France -always favorites-, the teams classified in these tournaments have caused an earthquake in each of the four venues in which they got their place.

Slovenia, with a Luka doncic that takes your breath away every time he plays in international tournaments and that he has already shown that he has what it takes to make his team win; Achille polonara command the italian revolution that left Serbia by the wayside, one of the teams that were positioned to take the gold from the US; Germany, which returns to some games thirteen years later and the Czech Republic, which shows that rankings and predictions, on many occasions, are of little use and if not, that they tell Satoransky already Vesely.