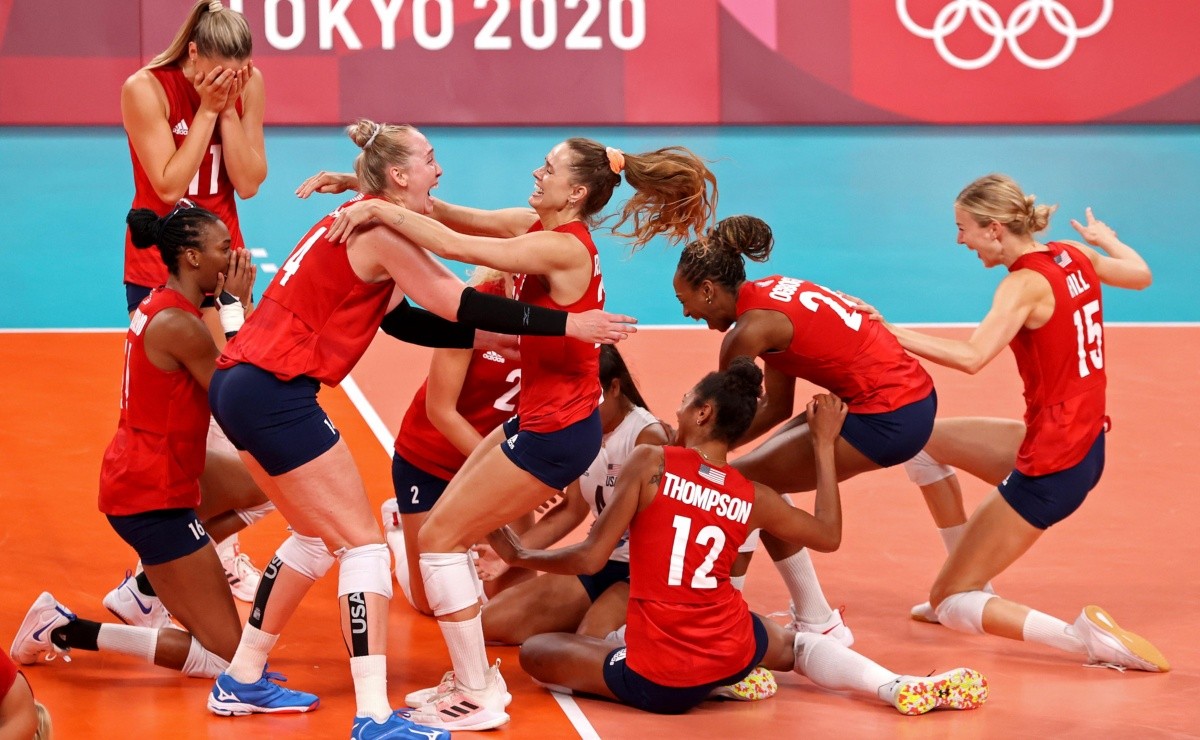 The United States finally managed to win the long-awaited gold medal in women’s volleyball at the Olympic Games.

The women’s volleyball team of the United States has managed to remove an immense thorn in these Olympic Games. The Team USA girls beat Brazil in the grand final of Tokyo 2020, finally hanging a gold medal that has been denied for several editions.

The United States have come really close to the women’s volleyball gold medal on several occasions. However, this time they did not let him escape. Team USA crushed Brazil in the grand final of Tokyo 2020 by 3-0 to climb to the top of the podium for the first time in its history.

Andrea Drews (15 points), Michelle Bartsch-Hackley (14) and captain Jordan Larson (12) were the big stars of the game this Sunday, August 8 at the Ariake Arena in Tokyo. The Brazilians were weighed down by the loss of Tandara Caixeta, who was banned from the Olympic Games after testing positive for doping.

Thus, United States gets her first gold medal in women’s volleyball, this being her fourth final in the Olympic Games. The North Americans had already lost the finals in Los Angeles 1984, Beijing 2008 and London 2012. It was precisely the Brazilian team that beat them in the last 2 finals.

Comeback in the medal table

With the victory of Team USA in the Ariake Arena, the delegation of the United States reaches the first position of the medal table of Tokyo 2020. The US delegation surpasses China with its 39th gold medal at this Olympic event, also adding 41 silver and 33 bronze medals.