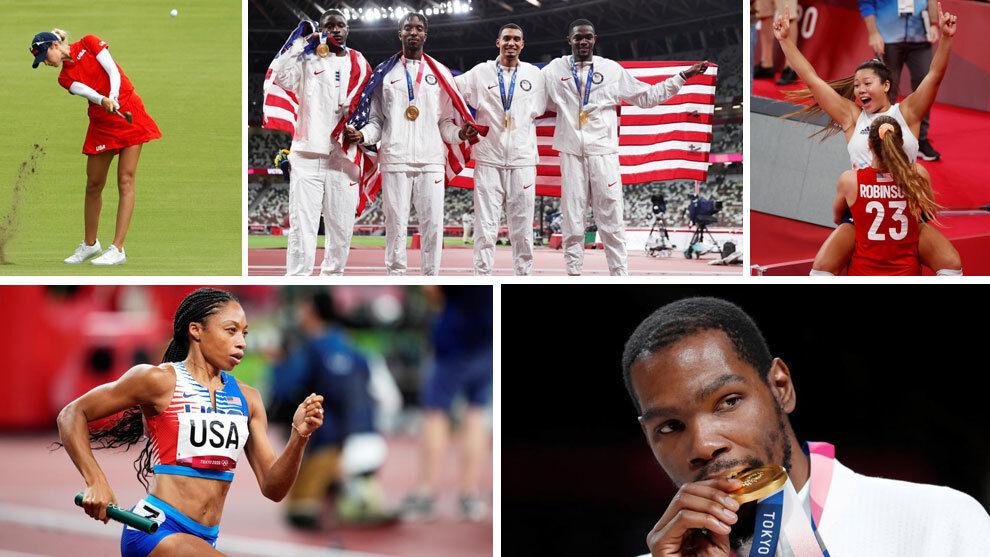 China has swum for die on the shore … of the medal table. The Asian country has been leading the metal table from the start thanks to its successes in weightlifting and shooting on the first day of competition. Those two early golds made the Asian ‘dragon’ take off until they were dreaming of reissue the overall victory against the United States that they achieved playing at home in the Beijing 200 Games8, where they achieved 48 gold medals for just 36 Americans.

However, the North American delegation has experienced a end of party in style adding 8 new golds between Saturday and Sunday for just two new Chinese triumphs to finish flipping the classification and prevail by 39 to 38 (and 113 to 88 in total podiums). The long-awaited and unappealable victories of the women’s teams of basketball (90-75 against Japan) and volleyball (3-0 to Brazil) sealed, together with the triumph of Jennifer Valente in Omnium feminine, a ‘sorpasso’ that was doubted after the first week of competition.

The ‘superweekend’ of the American team, which began on Saturday five golds behind China, began with the triumph of Nelly korda in the women’s golf event. The number one in the world ranking met the forecasts in the sport most open to surprises and repeated the success of her compatriot Xander Schauffele a week earlier. In women’s water polo also won a gold ‘sung’ in a peaceful final against Spain (5-14) and the ‘NBA Boys’ did not fail against France (82-87) thanks to a colossal Kevin Durant.

The 4×400 relays, both male and female, asserted their status as favorites at the Olympic stadium and closed a great Saturday in which they also lost some finals such as baseball (0-2 against Japan), men’s wrestling in the 97-kilo category. or that of equestrian jumping by teams (they were silver after Sweden).

Chinese dry on the weekend

For its part, China only added two gold on Saturday and was at zero on Sunday. The C2-500 female kept them in the fight, as well as the gold-silver double in 10-meter platform jumps male. But there stood the golden accountant of the Asian giant who saw how victories narrowly escaped him in the men’s C1-1000, in the artistic swimming by teams, in the final of women’s wrestling of 50 kilos or in the women’s welterweight on the ring of the Kokugikan Arena. Also in boxing they let their last hope escape this Sunday in the women’s middleweight where British Lauren Price beat Qian Lin (5-0).

Once the comeback was over, the United States allowed itself the luxury of yielding in the men’s light and super heavyweight finals, where it added its last two silvers to round off a total number of medals of 113 (the aforementioned 39 gold, 41 silver and 33 bronzes) which worsens by eight compared to the 121 of Ro (with 7 gold more!).