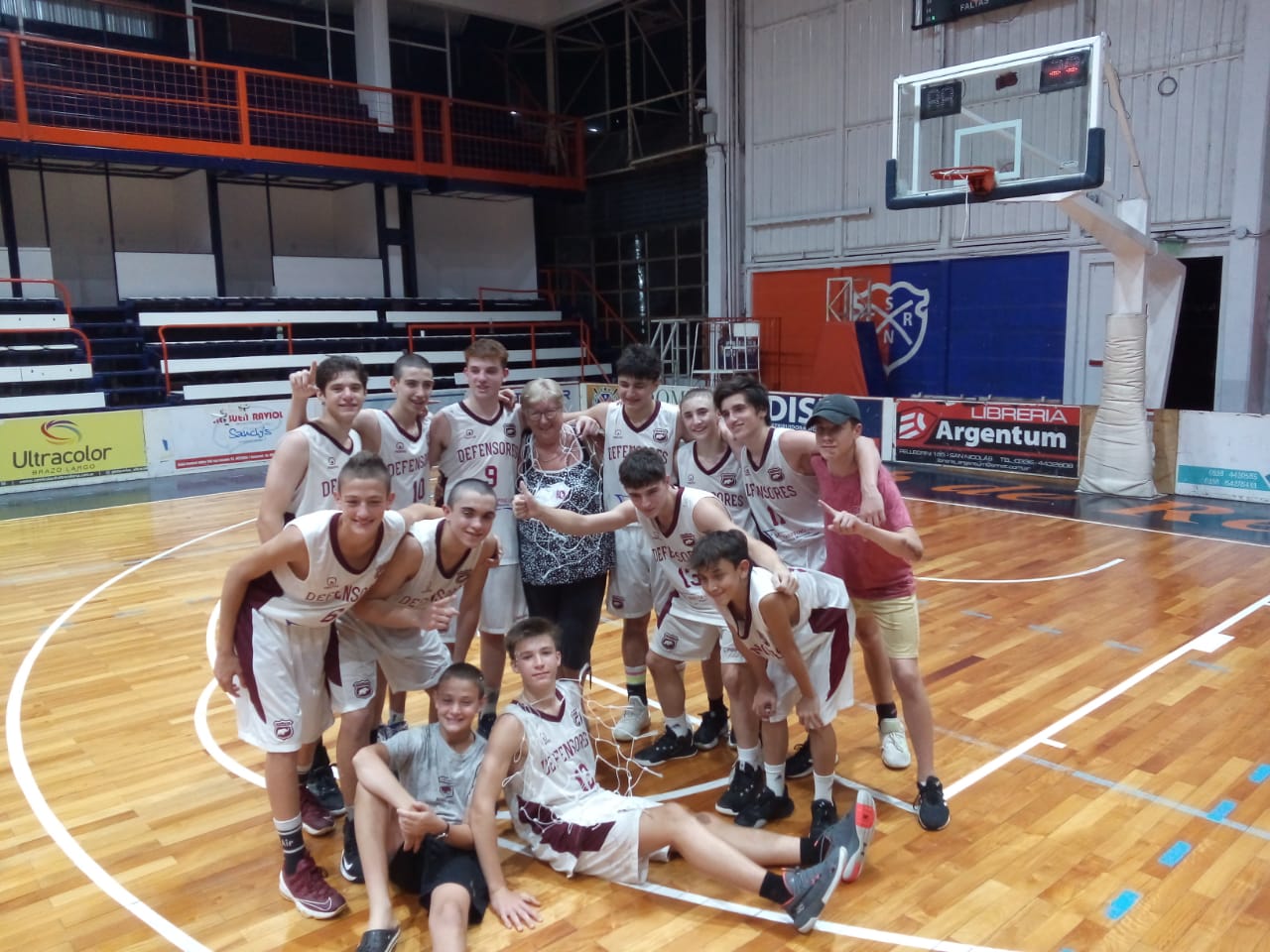 After the recent consecration in the Regional, the kids of the Garnet got the first title for the club in the Lower Divisions in the history of the San Nicolás Basketball Association, in thirty years of participation. In the final of the category, in “La Ribera” those led by Martín Blanco beat Regatas by 75 to 61.

Defensores won the U-15 Gold Cup in the Lower Divisions tournament and won their first training title in the history of the San Nicolás Basketball Association. At the closing of the Final Four that took place in “La Ribera”, the Garnet won over the homeowner, Regatas, by 75 to 61. This achievement is added to the two championships that the Villa Ramallo institution had obtained in the First local in 2010 and 2011. Already Regattas had celebrated in the U-13 and U-19, while Somisa was the U-17 champion.

It is worth remembering that the Ramallan Under-15s had been consecrated in the Regional in an undefeated way (throughout the season they only lost with Regattas in the regular phase of the nicoleño contest).

Meanwhile, in the Women’s First Division this weekend the Final Four will be played at the Dodge facilities. There, in the semifinals, Sports de Pergamino-Sacachispas will be measured today at 7:00 p.m. and at the end they will be Regatas-Sportivo Rojas. The winners of those crosses tomorrow at 8:00 p.m. will play the final.

THE U-15 DEFENDERS MADE HISTORY IN THE LOCAL BASKETBALL