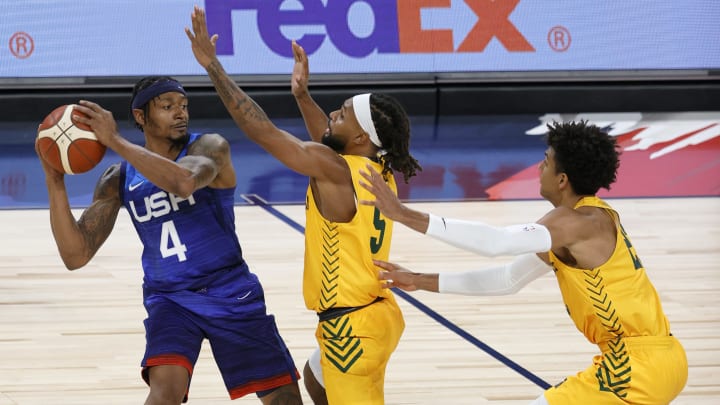 Selection of USA they fell in their second Olympics prep game, adding two losses in a row, which has American fans quite nervous. Although they were two friendly matches, the level of their rivals is something that cannot be taken lightly.

Against teams like Nigeria and Australia, expectations regarding the performance of the United States were high, but on both occasions they fell due to dynamics imposed by players of NBA and this must be taken very carefully by the stars of Team USA, but even more so by the coach Gregg popovich.

The situation has been viewed in a very negative light by the fans who have attended both games in Las Vegas, who even booed the players after the loss to Australia. At least from a competitive point of view, the team has shown interesting things, but it is clear that they still do not have an idea of ​​collective play.

Popovich has stressed after both defeats that the difference in the preparation of his team and the other nations is remarkable, implying that for the Tokyo 2020 Olympic Games, his squad will be more empathetic and ready to seek the gold medal.

A detail that should not be taken lightly is that despite not having big stars at the 2019 FIBA ​​World Cup, the United States was widely outperformed by teams like France and Serbia, so in one way or another the evolution of the other teams is something to consider.

The United States will play in Group A of the Olympic Games alongside France, the Czech Republic and Iran. The debut of the American team will be on July 25 against France at the Saitama Super Arena.